The senator said in a television interview that he thought existing committees were capable of investigating reported Russian hacks. 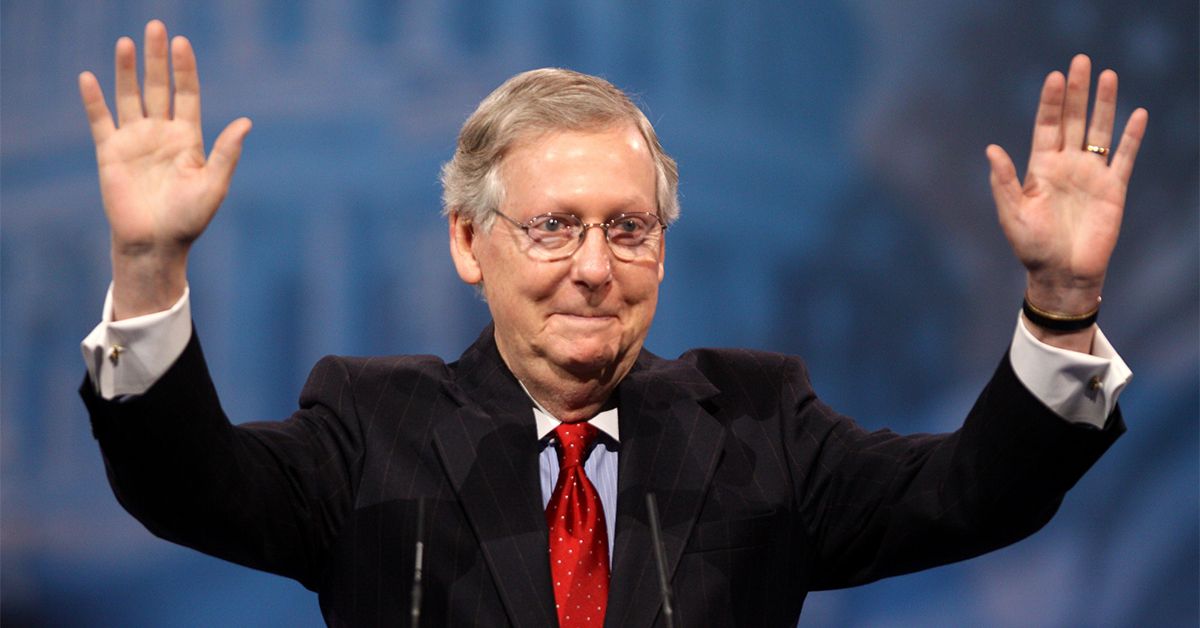 Senate Majority Leader Mitch McConnell signaled during a 19 December 2016 television interview that he doesn't believe it is necessary to set up a special committee to investigate reported Russian hacks during the 2016 election.

Making the comments during an interview are not the same as formally blocking the panel; McConnell also said he believes existing congressional intelligence committees, which are bipartisan, are capable of carrying out the investigation.

On 20 December 2016, Occupy Democrats posted an article (under the headline "McConnell Just Blocked a Bipartisan Panel from Investigating the Russian Hacks") heavily implying that Republican Senate Majority Leader Mitch McConnell had interfered with an investigation of reported Russian hacks during the 2016 election election cycle because the alleged hacks had favored the Republican presidential candidate, Donald Trump.

The article referenced an interview McConnell gave on 19 December 2016 in his home state of Kentucky, which aired on PBS affiliate Kentucky Educational Television. In the interview, McConnell told host Bill Goodman that he does support a bipartisan investigation into Russian hacks, but believes the existing Senate and House intelligence committees (which are bipartisan) are capable of handling it.

Two Republican senators, John McCain of Arizona and Lindsey Graham of South Carolina, co-signed a letter to McConnell, along with Democrat senators Chuck Schumer of New York and Jack Reed of Rhode Island, calling for a special bipartisan panel to investigate Russian cyber attacks and saying that cyber security cuts across multiple topics and thus is too complicated for the standing committees to handle:

The Congress's oversight committees have worked diligently to address the complex challenge of cybersecurity, but recent events show that more must be done. Cyber cuts across and involves multiple committees of jurisdiction, including the Committees on Intelligence, Armed Services, Foreign Relations, Commerce, Judiciary, and Homeland Security and Government Affairs. Despite the good work that these and other committees have done on their own, cyber is the rare kind of all-encompassing challenge for which the Congress's jurisdictional boundaries are an impediment to sufficient oversight and legislative action. Only a select committee that is time-limited, cross-jurisdictional, and purpose-driven can address the challenge of cyber.

McConnell's statements in a public television interview do not by themselves block the panel from forming, but his comments likely signal his intention of doing so.

However, McConnell also said that the issue is a serious one, and it will be investigated in Congress:

There's no question that the Russians were messing around in our election. It is a matter of genuine concern and it needs to be investigated, and in the Senate we're going to investigate that in what we call the regular order. We already have a committee established to do this. We don't need to set up a special committee to do what we already have the ability to do.

McConnell is on the record saying that U.S. intelligence reports present a serious issue. He broke with Republican President-elect Donald Trump by saying he has the "highest confidence" in the intelligence community.

Reuters. "Senators call for probe of cyberattacks by Russia."   18 December 2016.