This was literally a bad translation. 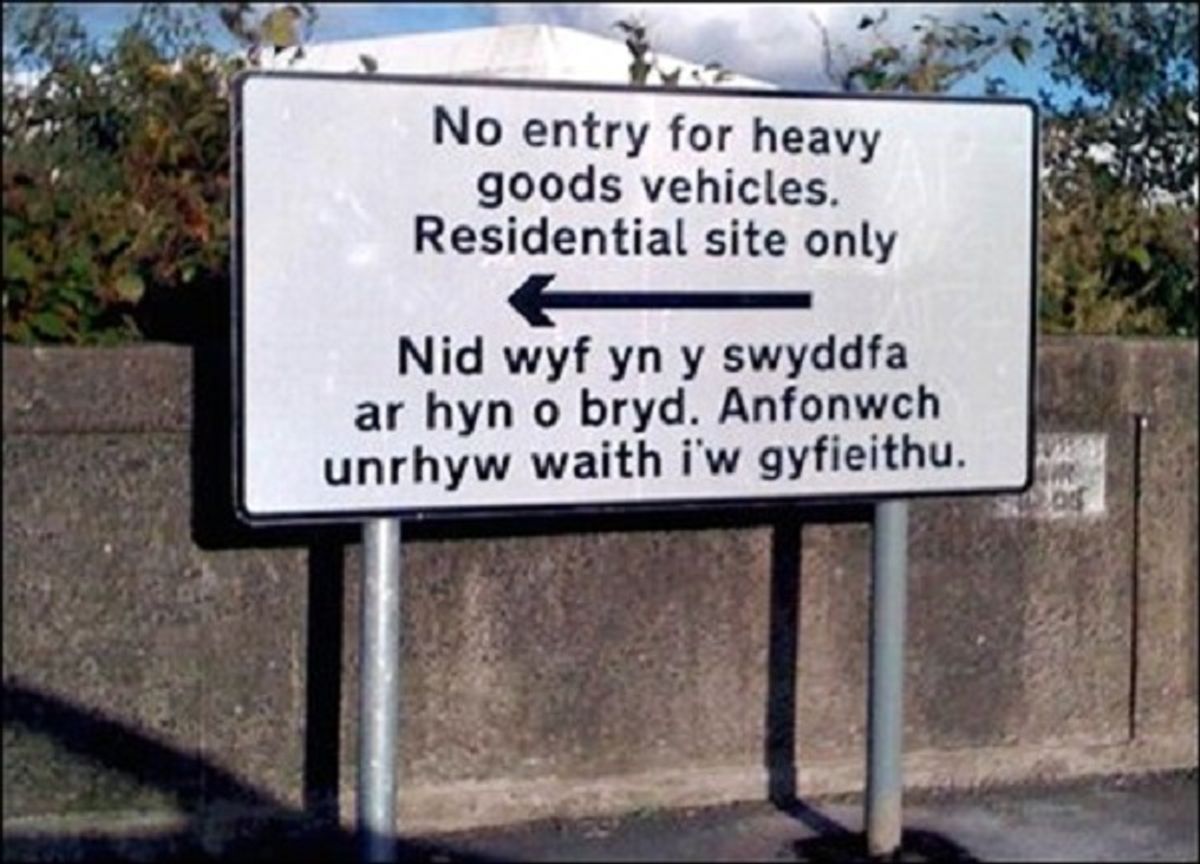 Claim:
A sign offering a traffic warning to trucks in English bore an out-of-office auto-reply message in Welsh.
Rating:

In many multi-lingual parts of the world, it's not uncommon for regulations to require that road signs and other informational markers be printed in two or more languages. But mistakes -- sometimes highly embarrassing ones -- can result when those who prepare such signs aren't themselves fluent in all the languages they incorporate.

Such was the case with a sign installed in the Morriston community of Swansea, Wales, intended to keep drivers of trucks heavily laden with goods from using a road near an Asda store with a warning rendered in both English and Welsh: As it turned out, the sign had a bit of a translation problem when it came to stating its directions in Welsh:

As the BBC explained in 2008, "the local authority e-mailed its in-house translation service for the Welsh version of 'No entry for heavy goods vehicles. Residential site only.'" What they received in return was an out-of-office auto-reply message from the translator's account informing them in Welsh that "I am not in the office at the moment. Send any work to be translated," which was misconstrued as the Welsh equivalent of the traffic phrase in question.

The BBC reported on several other similar translation gaffes, such as a traffic sign warning pedestrians to "look right" in English but to "look left" in Welsh, a sign instructing cyclists to dismount in English rendered as ""bladder inflammation upset" in Welsh, and a sign at St Joseph's Catholic and Anglican School that read "Pupils' and staff entrance" in English but was "rendered into near-gibberish in Welsh [and] included a word for staff meaning 'wooden stave" rather than workers.'"