Where the Mississippi River Meets the Gulf of Mexico

"Who else can let WATER meet and touch but NEVER mix together?" 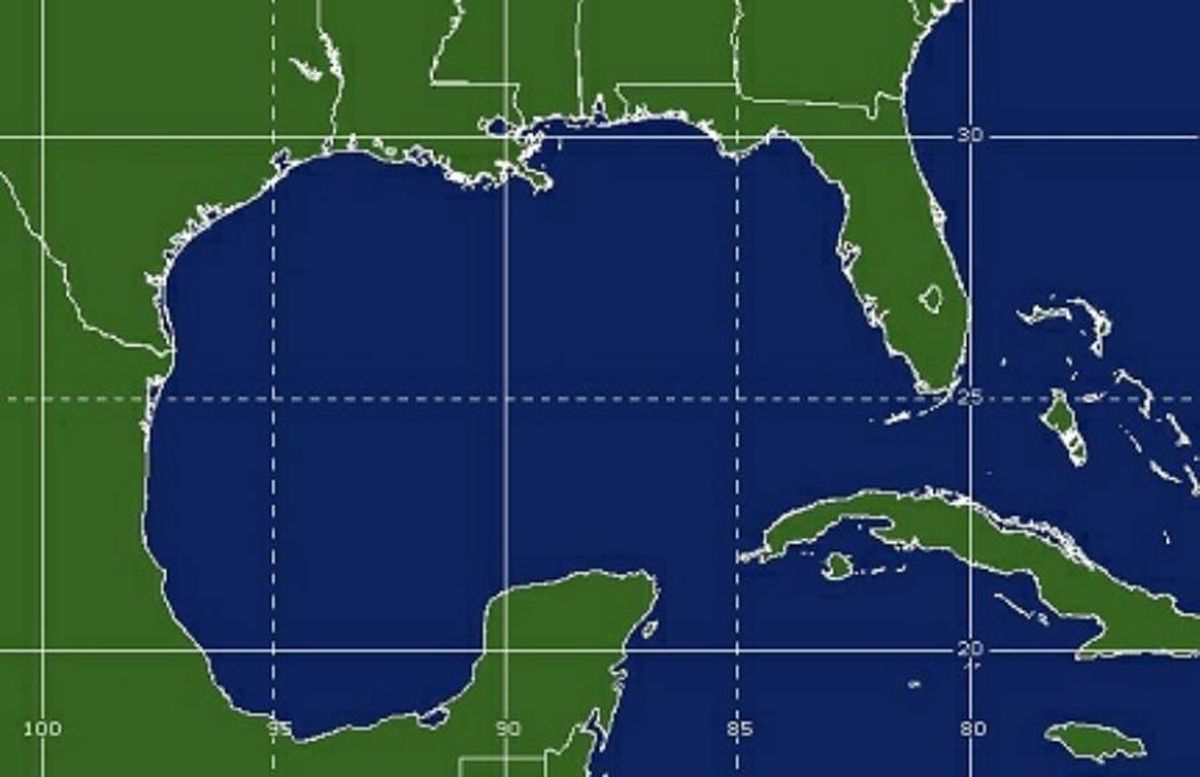 Claim:
A photograh showing a body of water with two distinct colors is a permanent location where the Mississippi River meets the Gulf of Mexico.
Rating:

A photograph shows a "dead zone" in the Gulf of Mexico created by the proximity of the Mississippi River.

The two distinct colors in the photograph are not a natural or permanent fixture along the border of different bodies of water.

On 23 April 2016, a photograph purportedly showing "where the Mississippi River meets the Gulf of Mexico" started circulating on Facebook along with the claim that these "two bodies of water never mix." Subsequent postings of the image included an additional (misspelled) claim, that this lack of mixing is proof of God's existence:

That just proves that their is a GOD!!!! Who else can let WATER meet and touch but NEVER mix together???? #illwait Although some viewers proclaimed that this visual effect was a beautiful creation of God, this image actually shows a man-made hypoxic event that is harmful to the environment. The image was actually taken from a video originally published by Marlin Magazine in November 2015:

This video captured a fluctuating dead zone in the Gulf of Mexico, which is caused when high-nutrient water full of nitrogen and phosphorus from the Mississippi River pours into the Gulf. That leads to large algae blooms, altered food chains, and hypoxic (oxygen deficient) waters:

Forty-one percent of the continental United States (1.2 million square miles) drains into the Mississippi River and then out to the Gulf of Mexico. The majority of the land in Mississippi’s watershed is farm land. Seventy percent of nutrient loads that cause hypoxia are a result of agricultural runoff caused by rain washing fertilizer off of the land and into streams and rivers.

Additionally, 12 million people live in urban areas that border the Mississippi, and these areas constantly discharge treated sewage into rivers. The farm and urban discharge includes nutrients such as nitrogen and phosphorous that is very important for the growth of phytoplankton. About 1.7 million tons of these nutrients are deliverd by rivers into the Gulf of Mexico every year.

This huge influx of nutrients causes massive phytoplankton blooms to occur, this in turn leads to a large increase in zooplankton that feed on phytoplankton. Large amounts of dead phytoplankton and zooplankton waste then accumulate on the bottom of the seabed.

The decomposition of this matter depletes the oxygen in the area faster than it can be replaced. This leads to large hypoxic areas called Dead Zones.

These dead zones tend to occur in the summer and fluctuate in size. According to a fact sheet published by the National Oceanic and Atmospheric Administration, the average size of the dead zone is around 6,000 square miles.

While the above-quoted Facebook posts claim that these waters do not mix, they do — and the water from the Mississippi River has a major effect on marine life in the Gulf of Mexico:

Nutrient overloading and algal blooms lead to eutrophication, which has been shown to reduce benthic biomass and biodiversity. Hypoxic water supports fewer organisms and has been linked to massive fish kills in the Black Sea and Gulf of Mexico.

The Gulf of Mexico is a major source area for the seafood industry. The Gulf supplies 72% of U.S. harvested shrimp, 66% of harvested oysters, and 16% of commercial fish (Potash and Phosphate Institutes of the U.S. and Canada, 1999). Consequently, if the hypoxic zone continues or worsens, fishermen and coastal state economies will be greatly impacted.

The image at the top of this post also doesn't show a static line drawn between the Mississippi River and the Gulf of Mexico. While the Louisiana Universities Marine Consortium called this dead zone a recurring environmental problem, the distinct color differences are not a permanent year-round fixture.

While the dead zone in the Gulf of Mexico is man made, a similar aesthetic is achieved naturally in other parts of the world, such as the Gulf of Alaska, where glacial rivers mix with the ocean.