A controversial Mississippi bill expressly allowed guns in churches, but it didn't legally bestow the power to kill at will on congregations. 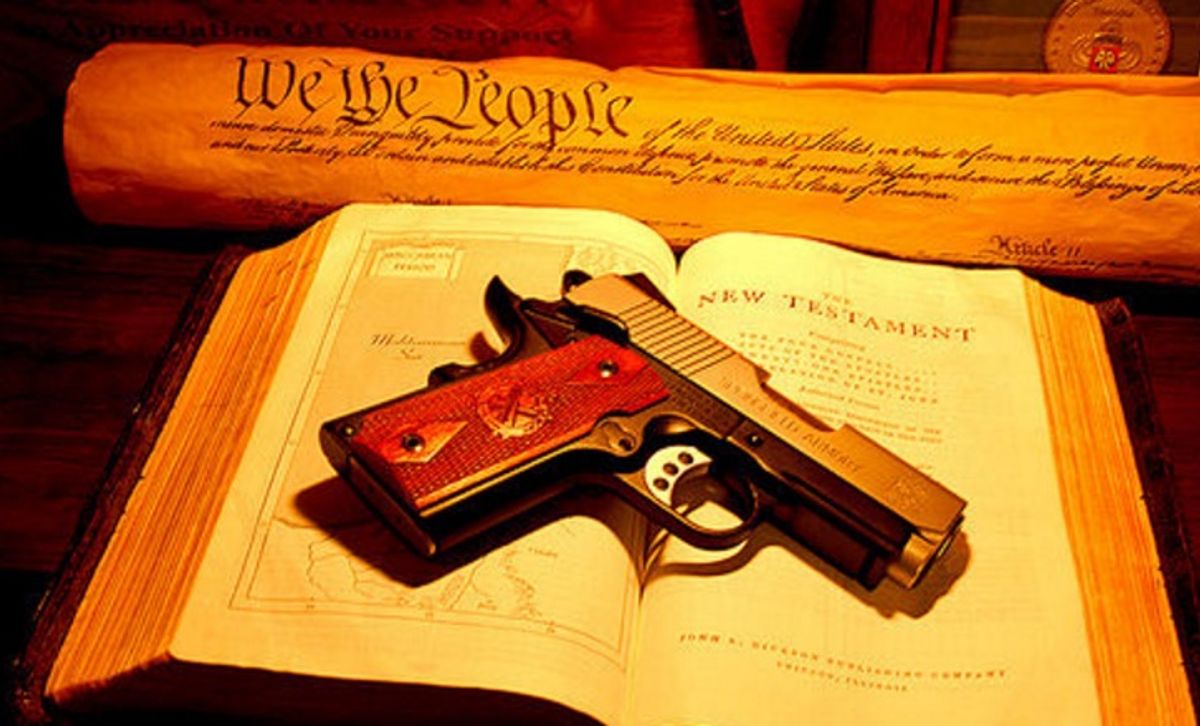 Claim:
Mississippi has passed a bill granting churchgoers the right to shoot and kill citizens at will.
Rating:

The "Mississippi Church Protection Act" includes provisions for the arming and training of designated security personnel in the state's churches and classes armed defense of a church's congregants as "justifiable homicide."

The "Mississippi Church Protection Act" does not explicitly recognize "Soldiers of God" or enable congregants to kill at will with legal impunity.

On 30 March 2016, web site The Free Thought Project published an article reporting that the state of Mississippi had passed a bill granting churches the power to act as "soldiers of God," with congregants gaining the ability to legally kill other citizens while taking part in religious services:

As if police officers kidnapping, beating, and killing innocent people in America with impunity wasn't enough, the state of Mississippi just passed a Bill that will grant churches equal protection from acts of violence.

Mississippi House Bill 786, the “Mississippi Church Protection Act” legalizes killing people while acting as a participant of a church or place of worship — seriously.

This Bill legally recognizes actual "soldiers of Christ" and grants them the power to kill. By passing this bill, the state of Mississippi effectively recognizes churches as their own sovereign entities — mini-states that are tax-free and immune from their acts of violence carried out in their official duties. "[T]his legislation would put 'soldiers of God' above the law, allowing them to act as judge, jury, and executioner," said Larry T. Decker, Executive Director of the Secular Coalition for America.

An article published on the same date by the Addicting Info web site provided a slightly less alarmist report:

The bill would allow churches to create security programs and designate and train members to carry concealed weapons. It would provide criminal and legal protections to those serving as church security.

The bill also would allow concealed carry in a holster without a permit in Mississippi, expanding a measure passed last year that allowed concealed carry without a permit in a purse, satchel or briefcase, and another recent law that allows open carry in public ... Mississippi church goers will now get to assign church members as “security” which can carry concealed weapons without permits and are protected from legal liability if their actions result in death based on a designation of "justifiable homicide" — the same legal standing that we afford police officers on duty.

Both sites linked to the Mississippi legislature's House Bill 786, which does not include any wording referencing "soldiers of Christ" or "soldiers of God" anywhere in its text:

While The Free Thought Project maintained that the bill "legally recognizes actual 'soldiers of Christ' and grants them the power to kill" and that "the state of Mississippi effectively recognizes churches as their own sovereign entities," the actual text of the bill creates a legally codified way of assembling security details (with the participation of the Mississippi Department of Public Safety) who may possess concealed weapons in places (such as churches) that were previously off-limits to concealed carry:

The Mississippi concealed firearms law has been amended to allow licensed gun owners who have "additional" training to carry concealed firearms in certain locations previously prohibited by law. These locations include courthouses, polling places, government meetings, any school, college or professional athletic event, bars and restaurants that serve alcohol, any elementary or secondary school facility, any junior college, community college, college or university facility, inside the passenger terminal of any airport, and in any church or other place of worship.

The Charleston church shooting in June 2015 appeared to be at least part of the impetus behind the introduction of the bill, as that specific incident was cited by a Mississippi lawmaker:

Rep. Andy Gipson of Braxton says he authored the bill in response to a church shooting in Charleston, South Carolina. He says the bill gives small churches and other houses of worship an extra option for security.

While it is true the bill allows for armed security personnel to be present at church services, it isn't aimed at allowing ordinary churchgoers to kill at will, nor does it specifically designate persons as "soldiers of God" or "soldiers of Christ" and grant them absolute legal immunity from prosecution for killing anyone during church services.  Under the provisions of the bill, any person seeking legal protection from criminal prosecution for involvement in a fatal shooting committed during church services would still be subject to arrest and trial with the hope that a jury would agree his actions were justifiable.