Was a Missing Submarine with 80 Sailors Found?

We looked into the origins of an impressive photograph. 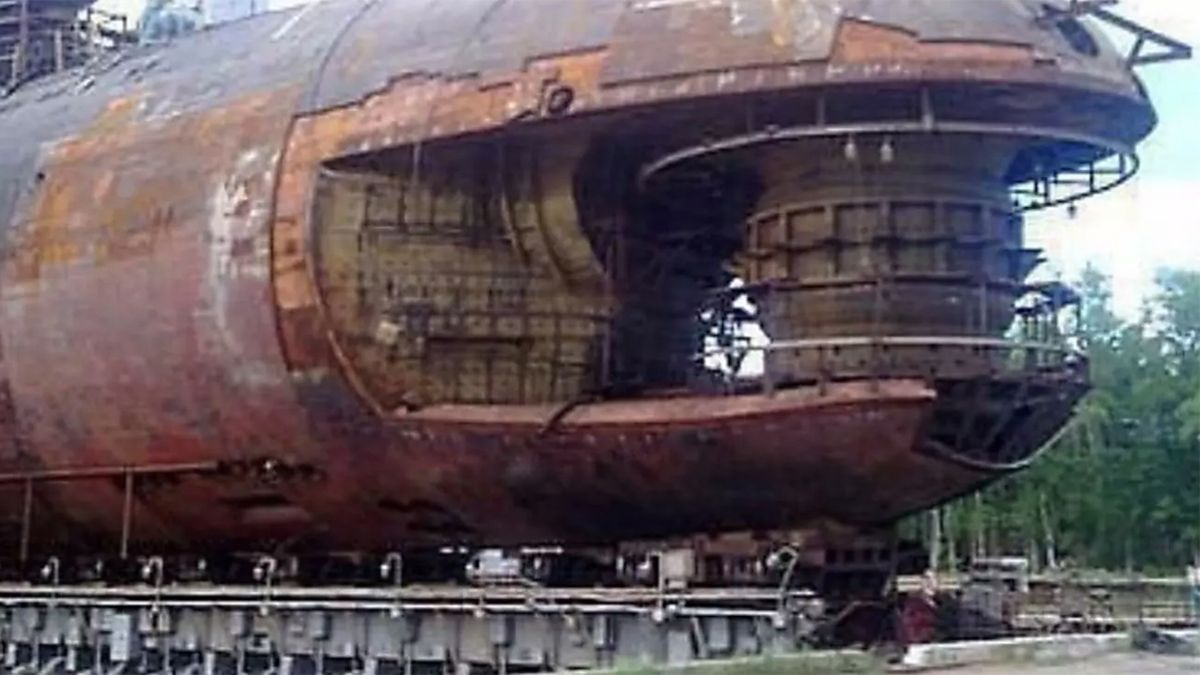 An ad falsely claimed that this picture showed a missing submarine with 80 sailors found and experts discovered the truth.

Claim:
A photograph shows a U.S. Navy submarine from World War II that had been missing for decades.
Rating:

It's true that the U.S.S. Grayback was a submarine that had a crew of 80 sailors when it was destroyed in World War II around February 1944. It's also true that it was found by the Lost 52 Project on June 5, 2019, after experts discovered an error that had been made in translating coordinates in 1949. However, a picture that has accompanied the story has nothing to do with the Grayback or the U.S. Navy.

Since at least November 2021, an online advertisement with an impressive photograph has claimed: "Missing Submarine with 80 Sailors Found, Experts Discovered the Truth." A variation of the same ad read: "After a Missing Submarine with 80 Sailors Was Found, Experts Untangled Its Sorry Fall." A YouTube video with the same picture for its thumbnail had the title: "Craziest Soviet Machines You Won't Believe Exist." The caption on this online advertisement was highly misleading.

The ads led to a 53-page slideshow article on a website called Film Oracle.

It's true that, on June 5, 2019, a missing submarine from World War II that had a crew of 80 U.S. Navy sailors was found. It's also true that experts were only able to find its final resting place after discovering a decades-old error in the translation of coordinates.

However, the picture in the ad had nothing to do with the story.

In reality, the photograph in the ad showed the Russian K-84 Ekaterinburg, a Delta IV-class submarine.

A person can be seen standing on the right side of the picture. However, he or she was cropped out for the ad, which perhaps made the submarine look even larger than it already was. The person on the right provided perspective.

The vessel in the ad was the same nuclear submarine that Reuters reported caught fire on Dec. 29, 2011. According to a Reddit comment, a video showed the same fire.

The fire explained why the submarine appeared heavily damaged in the ad. According to a Russian report, repairs were estimated at 1 billion rubles, which converted to near $13.8 million USD.

As mentioned before, a missing submarine with 80 sailors was found, and experts did indeed discover the truth about what happened to it. However, the real story had nothing to do with the misleading picture of the Russian submarine.

The ad itself didn't mention World War II or the name of the vessel, so it potentially led some readers to believe that a submarine that was lost for a short period of time was found with 80 sailors still alive. However, here's the real story.

The Lost 52 Project aims to find all lost World War II submarines. On June 5, 2019, it located the U.S.S. Grayback after the American submarine had gone missing around February 1944. It had 80 sailors for its crew when it was destroyed.

Why the number "52" for the Lost 52 Project? According to the U.S. Department of Defense: "It was one of 52 U.S. submarines reported missing during the great conflict. Six have been found in the decades since, and now the Grayback can be added to the list of subs whose demise is no longer a mystery." One of the first photos of the U.S.S. Grayback under 1,400 feet of water after it was discovered off the Okinawa cost on June 5, 2019. (Courtesy: Lost 52 Project/Defense.gov)

Why did it take so long for undersea explorers to find it? On Nov. 10, 2019, The New York Times reported that it all came down to reliance on "a flawed translation of Japanese war records."

The Grayback was thought to have gone down in the open ocean 100 miles east-southeast of Okinawa. But the Navy had unknowingly relied on a flawed translation of Japanese war records that got one digit wrong in the latitude and longitude of the spot where the Grayback had probably met its end.

The error went undetected until last year, when an American undersea explorer asked a researcher, Yutaka Iwasaki, to go through the wartime records of the Imperial Japanese Navy base at Sasebo. The files included daily reports received by radio from the naval air base at Naha, Okinawa — and the entry for Feb. 27, 1944, contained a promising lead.

The report for that day said that a Nakajima B5N carrier-based bomber had dropped a 500-pound bomb on a surfaced submarine, striking just aft of the conning tower. The sub exploded and sank immediately, and there were no survivors.

“In that radio record, there is a longitude and a latitude of the attack, very clearly,” Mr. Iwasaki said. And it did not match what was in the 1949 Navy history, not by a hundred miles.

ABC News aired an exclusive report that showed video footage of the submarine on the ocean floor. It also showed the moment that some relatives learned that it had been found.

In sum, it's true a missing submarine that had a crew of 80 sailors was found, all of whom perished decades earlier when it was bombed and destroyed during World War II. However, someone was paying to advertise a misleading picture of a Russian nuclear submarine next to the story. That photograph had nothing to do with the U.S.S. Grayback's demise.

For further reading, we previously reported on another online advertisement that appeared to show the Russian Kalinin K-7 heavy bomber.