A now 15-year-old boy named Kyron Horman disappeared from his Portland, Oregon, home in June 2010 and is still missing. 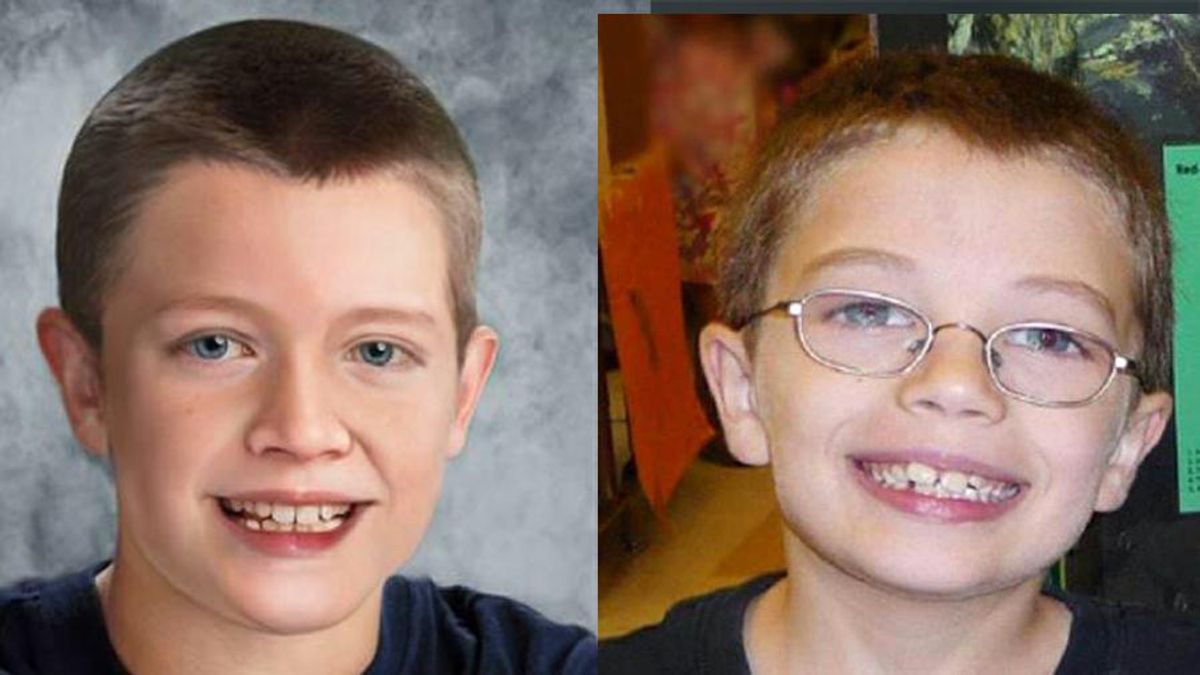 Claim:
A now 15-year-old boy named Kyron Horman has been missing from his Portland, Oregon, home since June 2010.
Rating: OK folks, we don't often get serious but this is important. Little Kyron Horman has been missing and his mother just put up this billboard in WA state.... please share everyone... please! This boy needs to be home with his Momma :(((

As noted on the web site of National Center for Missing & Exploited Children, Kyron Richard Horman, then seven years old, went missing from his Portland, Oregon, home back in June 2010:

He was last seen at school on June 4, 2010. Kyron was last seen wearing a black with "CSI" in green letters and a handprint graphic. He was also wearing black cargo pants, white socks, and black Sketchers sneakers with orange trim. Kyron may wear glasses.

More than two years later, this missing child case was brought to widespread public attention in conjunction with legal maneuvering, in which a lawsuit was brough by Kyron's biological mother, Desiree Young, which sought to compel Kyron's stepmother, Terri Horman, to either return Kyron or provide information about what had happened to him:

More than two-years after 6-year-old Oregon boy Kyron Horman disappeared, the boy's stepmother is asking a judge to delay hearing a civil suit that says she knows the child's location.

The lawsuit was filed against Terri Horman by Kyron's biological mother, Desiree Young, asking the judge to order the stepmother to return Kyron or, if he's dead, say where his remains are located.

Terri Horman says in a brief that a criminal investigation is under way, and the civil suit should be stayed two years while it plays out.

Investigators have long focused on Terri Horman, although they have not named her as a suspect or filed criminal charges.

The lawsuit accuses her of kidnapping Kyron, by herself or with help.

The boy was reportedly last seen on the morning of 2010 at Skyline Elementary School in Portland, where his stepmother had taken him for a science fair.

Five years on, Kyron's case was still being actively pursued by law enforcement, friends, and family:

As the five-year anniversary of Kyron Horman's disappearance approaches, The Multnomah County Sheriff's Office wants the public to know the search is still active.

Friends and family members said they plan to put together another search effort this summer. But Lt. Steve Alexander said the sheriff's office had to date received more than 4,000 tips in the case. And he said the investigation is definitely still active.

"A full time sheriff's office detective is primarily assigned to the Kyron Horman missing child investigation, and efforts to locate Kyron," Alexander said. "Additionally, a now-retired FBI Agent with years of experience in the Child Abduction Rapid Deployment teams continues his involvement in this case, reviewing the evidence amassed by investigators."

He said tips in the case come in from all over the world nearly every day.

Kyron's stepmother Terri Horman, whom a judge described as a prime suspect in her stepson's disappearance, has twice tried to change her name, and in January 2016 she was reported to have moved out of Oregon to California:

The stepmother of missing Portland boy Kyron Horman has moved out of Oregon. In October [2015], Terri Horman changed her Oregon driver's license to an address in Sacramento, California.

In August 2014, Terri Horman tried to change her name to Claire Stella Sullivan. During a court hearing, Horman said she wanted a new name to "start over a new life without the stigma of Horman attached to it." A Douglas County judge denied that request.

Four months later, Horman applied for another name change in Lane County. She wanted to change her name to Claire Kisiel, but later withdrew the request

In a 20 January 2016 interview with People magazine, Terri Horman asserted she had nothing to do with Kyron's disappearance:

Terri has never been named a suspect or a person of interest in the case surrounding Kyron's disappearance, which officials for the Multnomah County Sheriff's Department say is an "ongoing investigation."

Still, a cloud of suspicion has followed Terri, and she's ready to answer questions that people have wanted to know. Terri [says] she did not harm or kill Kyron and has no idea what happened to him or where he is.

"The answer is what I've said a hundred times — I don't know."

A Facebook group has been established to help disseminate information about Kyron and raise funds for ongoing search efforts.