Did a Missile Cause the Nashville Explosion?

The election fraud conspiracy universe has expanded to Nashville. 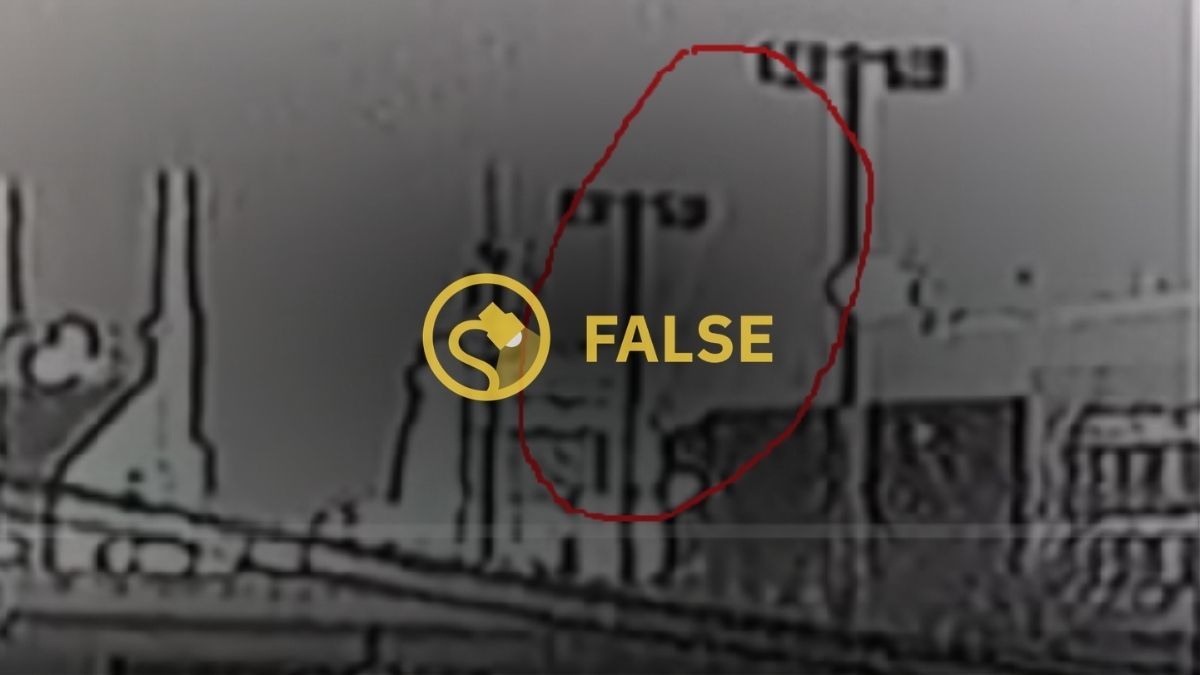 Claim:
An explosion in Nashville, Tennessee, on Dec. 25, 2020, was caused by a missile or a direct-energy weapon.
Rating:

Many people woke up on Christmas morning in 2020 to the news that a large explosion had occurred near an AT&T building in downtown Nashville, Tennessee. As police set out to determine what happened — authorities say that it was a suicide car bombing set up in the recreational vehicle of 63-year-old Anthony Quinn Warner — conspiracy theorists went to work setting up an alternative narrative: The explosion was actually caused by a missile strike.

This claim was spread on conspiratorial websites such as HalTurnerRadio.com and the right-wing social media network Parler, but is largely based on a single grainy piece of footage. Before we examine the video, let's look at the basis of this claim.

Why Would a Missile Strike Occur in Nashville?

Two theories have been floated to connect the dots between an explosion in Nashville (which truly did occur) and a missile strike (which did not). The first holds that the goal of the missile strike was to destroy Room 641A, a "telecom intercept facility." This theory may have made more sense if 641A was located in Nashville. This room, which was reportedly used to carry out a warrantless surveillance program authorized under the Patriot Act, is actually located in San Francisco, California. The more prominent claim, however, attempted to connect the explosion in Nashville to conspiracy theories related to fraud in the 2020 election. This theory held that the U.S. government had ordered the missile strike in order to halt an audit on Dominion voting machines. We took a deeper look into this claim in our article here. In short, this "audit" is imaginary. AT&T was not conducting an audit of Dominion Voting Systems.

While Room 641A is not located in Nashville, and while AT&T was not performing an audit on Dominion voting machines, it's in this context that many social media users viewed the "missile" attack video.

This claim is largely based on a single grainy piece of footage obtained by Nashville's WKRN News 2. Proponents of this theory claim that a missile can be seen descending just before the explosion. This streak of "smoke" is visible next to the furthest light post from the image foreground:

While we can't say for certain what caused this "smoke," it appears that this streak of smoke is ascending, as if it were a piece of fiery debris from the explosion, and not descending, as if it were a missile. A second, faint ascending streak can also be seen behind the main streak, which seems to support the idea that this is debris shooting away from the explosion, not towards it.

The visuals in this video do not support the "missile" theory, and neither does the logic. Not only is this missile attack theory based on fictitious information (there was no audit of Dominion machines), we find it difficult to believe that a high-powered group with access to military weapons would launch a missile strike at Nashville's AT&T building and miss, striking an RV that was parked outside on the street.

Ample Evidence the Explosion Came from the RV

The Nashville missile-strike conspiracy theory is largely based on speculation drawn from a single piece of grainy footage. Ample evidence exists, however, about what actually caused this explosion.

In the wee hours of Dec. 25, police responded to calls of gunshots near the AT&T building. When they arrived, they found an RV that was broadcasting a message of an imminent explosion. Resident Betsy Williams said that she heard a computerized voice saying "Evacuate now ... This vehicle will explode in 15 minutes." Six uniformed officers also heard the warning message and started to evacuate the area.

Here's a video from a surveillance camera that captured this audio warning:

A number of other videos also documented this blast. None of these videos shows anything resembling a missile strike. Here's a video of the explosion from the Nashville Police Department:

Authorities have also determined that Warner was responsible for the bombing, although the motives of the long-time Nashville resident, who died in the blast, have yet to be determined.

Hundreds of tips and a phalanx of law enforcement officers helped determine that Anthony Quinn Warner triggered the bomb that rocked this city and took his life on Christmas morning.

All that information and effort, however, have thus far failed to determine why. Investigators on Monday continued to try to put together the pieces.

"These answers won't come quickly and will still require a lot of our team's effort," FBI Special Agent for Public Affairs Doug Korneski said Sunday. "None of those answers will ever be enough for those who have been affected by this event.