Did Minneapolis Launch a 'Sharia' Hotline to Report Anyone Who Criticizes Islam?

The "new" News Punch is just as fake as the old Your News Wire. And just as unoriginal. 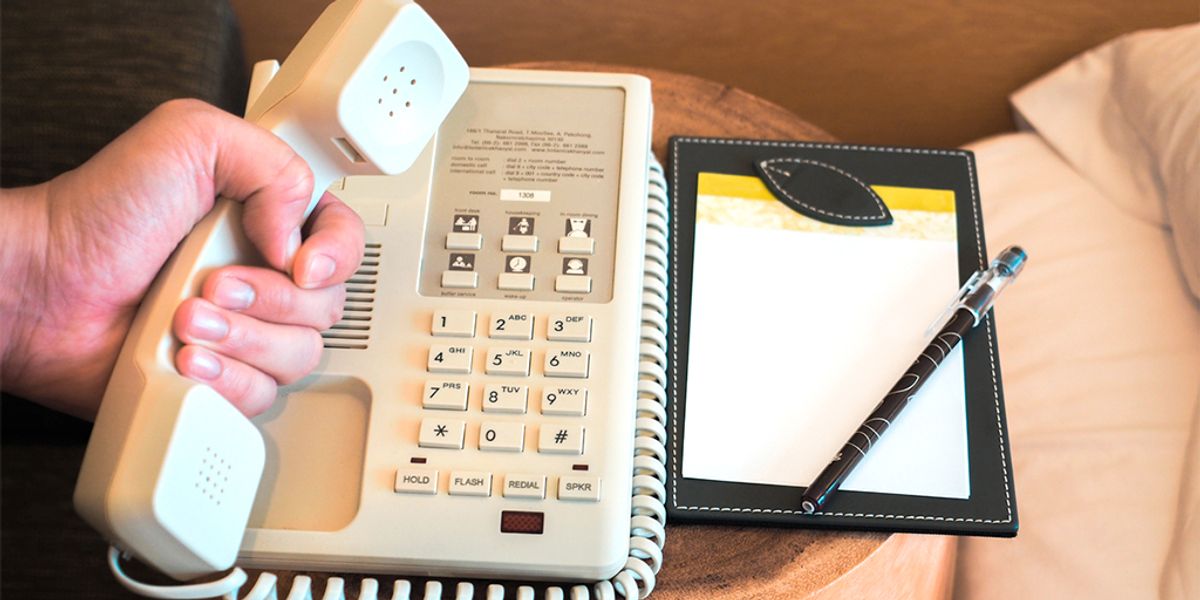 Claim:
Minneapolis set up a "Sharia" telephone hotline inviting residents to report on those who criticize Islam.
Rating:

The city of Minneapolis set up a hotline through which members of the public could report suspected hate crimes.

The hotline was not exclusive to Islamophobia or any other specific kind of hate crime, was not intended as a forum for reports about criticism of Islam, and was never referred to as a "Sharia" hotline.

In November 2018, the News Punch website reported that the city of Minneapolis had set up what it termed a "Sharia hotline," purportedly intended as a way for members of the public to report each other for criticizing Islam.

NewsPunch.com is a rebranded version of the notorious junk news web site Your News Wire, which has a long history of publishing false, misleading, sensationalized, and typically inflammatory takes on current events.

The 27 November article bore the headline "Minneapolis Installs Sharia Hotline to Report Americans Who Criticize Islam," and went on to report that:

The city of Minneapolis has set up a hotline for residents to report citizens who criticize Islam, in order to prosecute them for “hate crimes”, according to statements on the city’s website. The city, run by Democrat Mayor Besty Hodges, a non-Muslim who regularly wears a hijab in public, will operate the “service” through its 3-1-1 helpline, and claims it is targeting any “harassing behaviors motivated by prejudice”, according to a press release.

According to the local newspaper, the Star-Tribune “the announcement comes amid signs of a recent surge of such incidents affecting Muslims and Jews across the country, many of which go unreported.”

The city’s Department of Civil Rights clearly states on its website that it only enforces hate crimes against certain “protected classes.” Muslim imams, as members of the “protected class,” can preach the destruction of America from a Minneapolis mosque, and they will not be prosecuted.

A city official also admitted the creation of the sharia hotline was the election of President Trump and that the targets are his supporters. “Since the general election, many of us have experienced, witnessed firsthand or heard of actions of: racism, xenophobia, sexism and bigotry directed at people here and in cities across the United States,” Minneapolis Department of Civil Rights Director Velma Korbel wrote in a statement posted on the city’s website. “In no uncertain terms, hate-motivated speech and actions have no place in Minneapolis nor will they be tolerated.”

That report was extremely misleading and disingenuous on several grounds. First, the hotline was actually set up in the summer of 2017, when Betsy Hodges was still the mayor of Minneapolis. Hodges lost her re-election bid that year and left office in January 2018, yet the News Punch article failed to note that Hodges was no longer the city's mayor in November 2018 and inaccurately referred to her as such throughout. The reason behind this discrepancy was that News Punch cribbed their report from a year-and-half-old WND article of similarly dubious veracity but failed to inform their audience they were simply recycling dated falsehoods.

Second, the hotline was never referred to or intended as a "sharia" hotline (an Arabic word for the system and principles of Islamic law), nor was its use exclusive to Muslims or any other group. That inaccurate and inflammatory characterization was typical of the kind of editorializing which News Punch/Your News Wire routinely engages in.

The press release referred to in the News Punch article did not once mention Islam, sharia, or Muslims. Rather, it simply explained that:

Through its 311 service, the City of Minneapolis has opened a new hotline for reporting hate crimes, which are harassing behaviors motivated by prejudice. The hotline number is 311 for anyone calling from within the city or 612-673-3000 statewide. The 311 hotline will be answered 7 a.m.-7 p.m. weekdays and 8 a.m.-4:30 p.m. weekends. Those with a report to make can also call the Department of Justice at 612-664-5600. As always, in the case of immediate physical violence, property damage or threats, people should call 911 ...

A hate crime is any crime against a person or property motivated by prejudice against someone’s race, religion, disability, sexual orientation, ethnicity, gender or gender identity. This includes prejudice-motivated property damage (including graffiti), stalking and assault.

Minneapolis is committed to human rights and racial equity for everyone who lives in, works in and visits our city. Several organizations in Minnesota -- Minneapolis Department of Civil Rights, Minnesota Department of Human Rights, City of Saint Paul Equal Opportunity Office and the Minnesota FBI -- are working together to ensure all Minnesotans feel safe and welcome. Over the past several months, the partners have worked to increase community access to information and resources necessary to address issues of discrimination.

The News Punch article was further misleading and inaccurate in its presentation of the concept of "protected classes," claiming:

The city’s Department of Civil Rights clearly states on its website that it only enforces hate crimes against certain “protected classes.” Muslim imams, as members of the “protected class,” can preach the destruction of America from a Minneapolis mosque, and they will not be prosecuted.

In reality, the city's Department of Civil Rights said no such thing, on its website or anywhere else. Rather, the website stated that part of the department's mission was "Investigating discriminatory practices against members of protected classes." This means that the context for this reference was discrimination, not hate crimes as News Punch inaccurately claimed.

Furthermore, News Punch's characterization of this section of the website suggests either a lack of understanding (or willful misrepresentation), on the part of the author about the meaning of "protected class" in anti-discrimination law. Being a member of a "protected class" simply means that an individual has a group-based characteristic (age, gender, race, religion, and so on) which could potentially form the basis of discrimination against them. Therefore, every individual is by definition a member of some protected class.

The following is how the National Archives, in their equal employment opportunity policy (EEO) defines "protected classes":

The groups protected from the employment discrimination by law. These groups include men and women on the basis of sex; any group which shares a common race, religion, color, or national origin; people over 40; and people with physical or mental handicaps. Every U.S. citizen is a member of some protected class, and is entitled to the benefits of EEO law ...

A "protected class" is not the same as a "minority group," contrary to News Punch's characterization. When it comes to Minneapolis, the city's Division of Civil Rights outlines on its web site that its mission is to enforce state law in the form of the Minnesota Civil Rights Ordinance.

Third, the purpose of the hotline was not to allow the denizens of Minneapolis to report "criticism" of Islam (or any other religious faith), but rather to report hate crimes -- that is, criminal acts motivated by prejudice or hatred towards the victim's perceived religion, race, ethnicity, gender, sexual orientation, and so on.

Indeed, News Punch later changed their headline to replace the phrase "criticism of Islam" with "'hate speech' about Islam," although they retained all the original article's other inaccuracies and misleading characterizations.