Is This a Burnt-Out Car From Police-Brutality Protests in Minneapolis?

More than 1,500 buildings across the Twin Cities were vandalized, looted, or had doors or windows smashed in the month following George Floyd's death while in police custody. 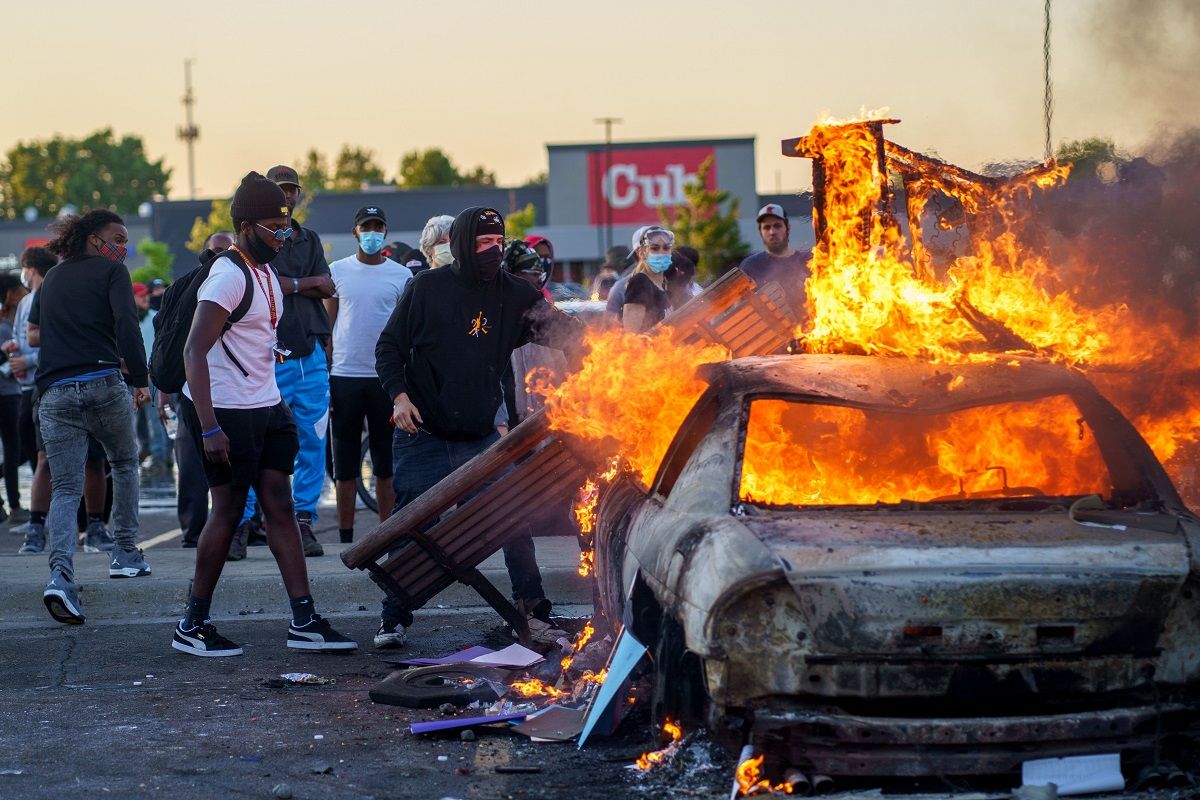 Claim:
A photograph shows a burnt-out car amidst the wreckage of protests in Minneapolis following the May 2020 death of George Floyd.
Rating:

On May 25, 2020, George Floyd, a 46-year-old Black man, was killed in Minneapolis, Minnesota, following an arrest for allegedly using a counterfeit bill. That event was followed by several nights of protests in the city, during which multiple buildings were set afire:

Post offices, gas stations, pawnshops and a large apartment building under construction were set ablaze during the middle of confrontations between protesters and police that week. Dozens of households had to be evacuated.

On one night, an entire apartment building in south Minneapolis was evacuated as an O’Reilly Auto Parts and Family Dollar were engulfed in flames. Firefighters did not arrive to extinguish the fire until about two hours after neighbors called 911.

Some scenes from the aftermath of that unrest in Minneapolis continued to draw questions about their authenticity on social media for weeks after the fact, such as the following photograph of a burnt-out car parked on a street amidst a bunch of rubble and wreckage: This picture did originate in Minneapolis and not Kuwait (or elsewhere), as demonstrated by the fact that multiple photographs of the same car taken from different angles exist and were posted to social media at the time, including ones published by Twin Cities Business (TCB), Getty Images, and the Associated Press: