Were an American Couple Killed by ISIS While Trying to 'Prove Humans Are Kind'?

A widely-shared article potentially confused some readers about the motives of a couple murdered in Tajikistan in July 2018. 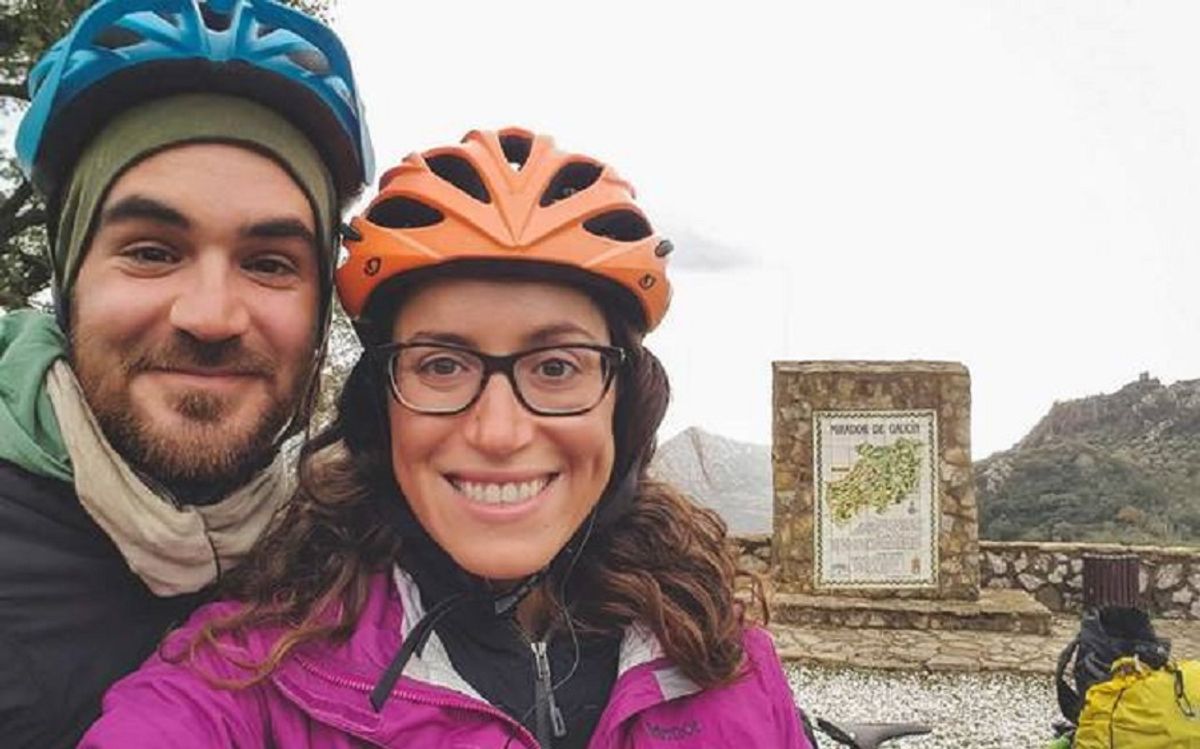 Claim:
Americans Jay Austin and Lauren Geoghegan were killed in Tajikistan while cycling through "ISIS territory" in order to vindicate their belief in human kindness.
Rating:

ISIS militants claimed responsibility for the murders of Austin, Geoghegan, and two other tourists. Austin and Geoghegan had posted several times online about the generosity and kindness they encountered on their round-the-world cycling trip.

There is no evidence Austin and Geoghegan were aware of any terrorist threat in Tajikistan, or that they travelled through that region particularly in order to vindicate their belief in human kindness. There is ample evidence that their trip was motivated by no more than a desire for adventure and life experience.

In the summer of 2018, ISIS militants in Tajikistan claimed responsibility for the murder of four tourists, including an American couple, after deliberately hitting them with a car as they cycled along a rural road. The militants also stabbed and shot some of their victims.

The American couple, Jay Austin and Lauren Geoghegan, had left their jobs in the Washington, D.C. area in order to embark on an extended around-the-world cycling trip which took them to Africa, Europe, the Middle East, and Central Asia.

Over the weekend of 28-29 July, they were killed along with two other cyclists from Switzerland and the Netherlands. According to the New York Times, Tajik officials announced that security forces had in turn killed four people suspected of having perpetrated that attack.

On 15 August, the Pluralist web site published an article that accurately described the details of couple's trip and their deaths, but the headline they employed, which they later changed -- "Millennial Couple Bikes Through ISIS Territory to Prove 'Humans Are Kind' and Gets Killed" -- and other phrasing may have created the impression that the couple's deaths were infused with irony and served as a kind of allegorical warning about cosmopolitan, liberal naivety:

A progressive young American couple was killed in an Islamic State-claimed terrorist attack last month while on a bike trip around the world ... Throughout the trip, the couple embraced the kindness of strangers and sought to demonstrate that people are inherently good.

“You read the papers and you’re led to believe that the world is a big, scary place," Austin wrote. “People, the narrative goes, are not to be trusted. People are bad. People are evil."

“I don’t buy it," he continued. "Evil is a make-believe concept we’ve invented to deal with the complexities of fellow humans holding values and beliefs and perspectives different than our own ... By and large, humans are kind. Self-interested sometimes, myopic sometimes, but kind. Generous and wonderful and kind.”

Some conservatives have framed the tragedy as a cautionary tale about not just the perils of travel but also naivete in general. In their telling, an overly generous understanding of human nature is behind much of today's progressive movement, including calls to radically scale back immigration enforcement and policing and support for socialism.

We found no evidence that either Austin or Geoghegan set out on their cycling trip for the purpose of vindicating an existing belief about the overall goodness or kindness of humanity. Based on posts on the couple's blog, the predominant motivation behind their trip appears to have been no more than a sense of adventure and a desire to experience life in other parts of the world. In one post, for example, they wrote:

In the summer of 2016, we flew to Iceland with our bicycles and enjoyed a delightful month riding around the country. We cycled over a thousand kilometers and camped for twenty-six nights straight and, by the end of our time there, agreed that we wanted more of it: more peaceful pedaling through gorgeous landscapes, more sleeping in open fields under clear skies, more quiet sunsets and more friendly people and more adventure and, importantly, more time together too, living life on simpler, more meaningful terms. So we decided to quit our jobs and bike around the world.

A few qualifiers. For one, we're not breaking any world records: not the longest 'round-the-world bike ride, nor the quickest -- not necessarily even a proper circumnavigation. We have neither a firm route nor a timetable, a sponsorship nor a place we need to be, and so we're comfortable just pedaling where the winds and the world and our own hearts take us.

After leaving his job at the U.S. Department of Housing and Urban Development in the summer of 2017, Austin wrote:

I've grown tired of meetings, of teleconferences, of timesheets and password changes and Monday morning elevator commiseration. I've grown tired of spending the best hours of my day in front of a glowing rectangle, of coloring the best years of my life in swaths of grey and beige. I've missed too many sunsets while my back was turned. Too many thunderstorms went unwatched, too many gentle breezes unnoticed. There's magic out there, in this great big beautiful world, and I've long since scooped up the last of the scraps to be found in my cubicle.

None of the many blog entries and Instagram posts that the couple published before and during their journey suggested that they set out with the intention of "proving" that humans are good or kind. Furthermore, Austin posted several times from Tajikistan, but none of what he wrote while there indicated that the couple were concerned about or cognizant of any risk of a terrorist attack.

This significantly undermines the notion that the couple traveled through "ISIS territory to prove 'humans are kind'" (i.e. that they were aware of a risk of attack by ISIS and traveled through that particular area specifically to vindicate their views about human kindness).

At the time Austin and Geoghegan visited Tajikistan, the U.S. State Department listed the country as a relatively low-risk destination for American travelers, giving it a Level 1 "travel advisory" (the lowest available) which comes with advice to "exercise normal precautions."

On the risk posed by terrorism, the State Department web site advised:

While terrorist organizations are known to have a presence in the region, terrorist attacks have been infrequent in recent years and focused on local government targets, such as law enforcement and security services.

(Since the fatal attack on Austin and Geoghegan, the State Department has upgraded their Tajikistan travel advisory to Level 2, warning would-be travellers to "exercise increased caution.")

'By and large, humans are kind'

While there is no evidence that the couple set out to prove anything on their trip, it is true is that Austin and Geoghegan appear to have been struck, many times, by the generosity and thoughtfulness of some of the strangers they encountered. In fact, Austin called it a "revelation," a description that further undermines the idea that this was a fervently-held belief before the trip, which the couple set out to vindicate.

Austin and Geoghegan appear to have had both negative and positive experiences along their journey, posting about cold weather, illness, bike trouble, and the occasional collision with unfriendly motorists, but also enthusing about the breathtaking views they encountered, and writing frequently about the kindness of the people around them. After being fed and shown very generous hospitality by one family in Morocco, Austin wrote:

You watch the news and you read the papers and you're led to believe that the world is a big, scary place. People, the narrative goes, are not to be trusted. People are bad. People are evil. People are axe murderers and monsters and worse.

I don't buy it. Evil is a make-believe concept we've invented to deal with the complexities of fellow humans holding values and beliefs and perspectives different than our own -- it's easier to dismiss an opinion as abhorrent than strive to understand it. Badness exists, sure, but even that's quite rare. By and large, humans are kind. Self-interested sometimes, myopic sometimes, but kind. Generous and wonderful and kind. No greater revelation has come from our journey than this.

Based on their own written reflections posted during their trip, Austin and Geoghegan were not acting as liberal, idealist missionaries, despite the impression that the Pluralist headline might have created. Like many tourists who traveled beyond their own cultural comfort zones, they appeared to have been simply struck by the generosity and thoughtfulness they encountered, just as they took note of moments of hostility or unhelpfulness.