If it looks too cool to be real, it probably is. 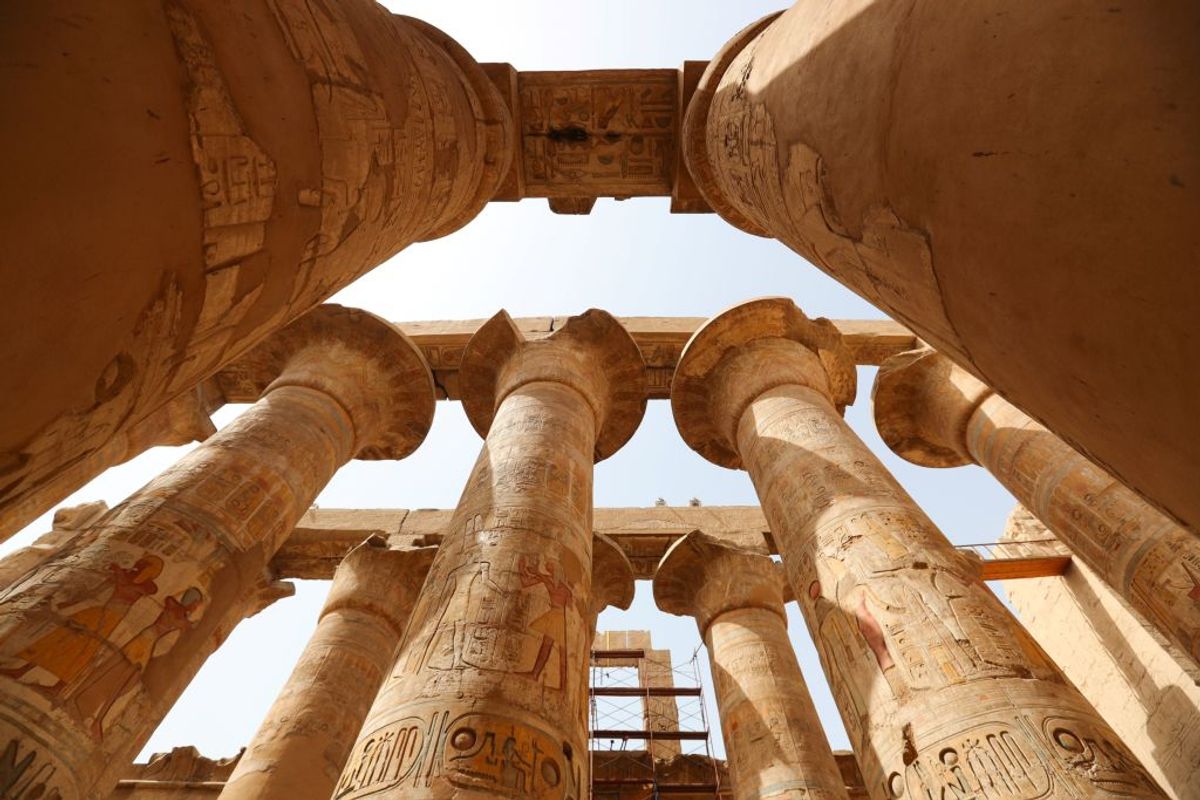 Since at least 2021, internet users have been admiring an impressive, but fake image purporting to show the core of the Milky Way galaxy framed by Karnak, an ancient Egyptian temple complex, northeast of the city of Luxor. The image above is not a real representation of the view into the heavens from Karnak in Egypt. It was debunked in 2021 by Juan Carlos Muñoz-Mateos, media officer for the European Southern Observatory, a research facility based in Germany. The moon in the image is too large and is transparent, and the core of the Milky Way isn't visible from Karnak's location, Munoz wrote in a Twitter thread explaining how he could tell the image was faked.

We were unable to locate the original version of the image or its creator, but the earliest instances we found of the picture online was 2017. It's been shared in various forums like a Reddit channel dedicated to "shamelessly stolen" images.

In an email sent to Snopes, Munoz said that such fake but visually appealing space/science images often crop up on content-scraping social media feeds, which can be identified by features like generic but easily searchable names like "curiosity" or "black hole." The images shared are most often uncredited.

"Their bios say things like 'DM for credit/removal' or 'credit goes to the respective owner,' Munoz observed.

"Another common question is why this matters, what’s the harm with these accounts," Munoz wrote. "Besides the obvious problem of sharing wrong information, these accounts often link to fishy websites riddled with ads, or they're follower farms that are later sold and renamed."

It may take time, but it's worthwhile to report them and get them removed from social media platforms, Munoz added.