Did the Pentagon Plan to Cut Military Retirement Funding to Pay for Trump's Border Wall?

News reports in summer 2019 got many of the basic facts right about some planned defense-budget fund transfers. 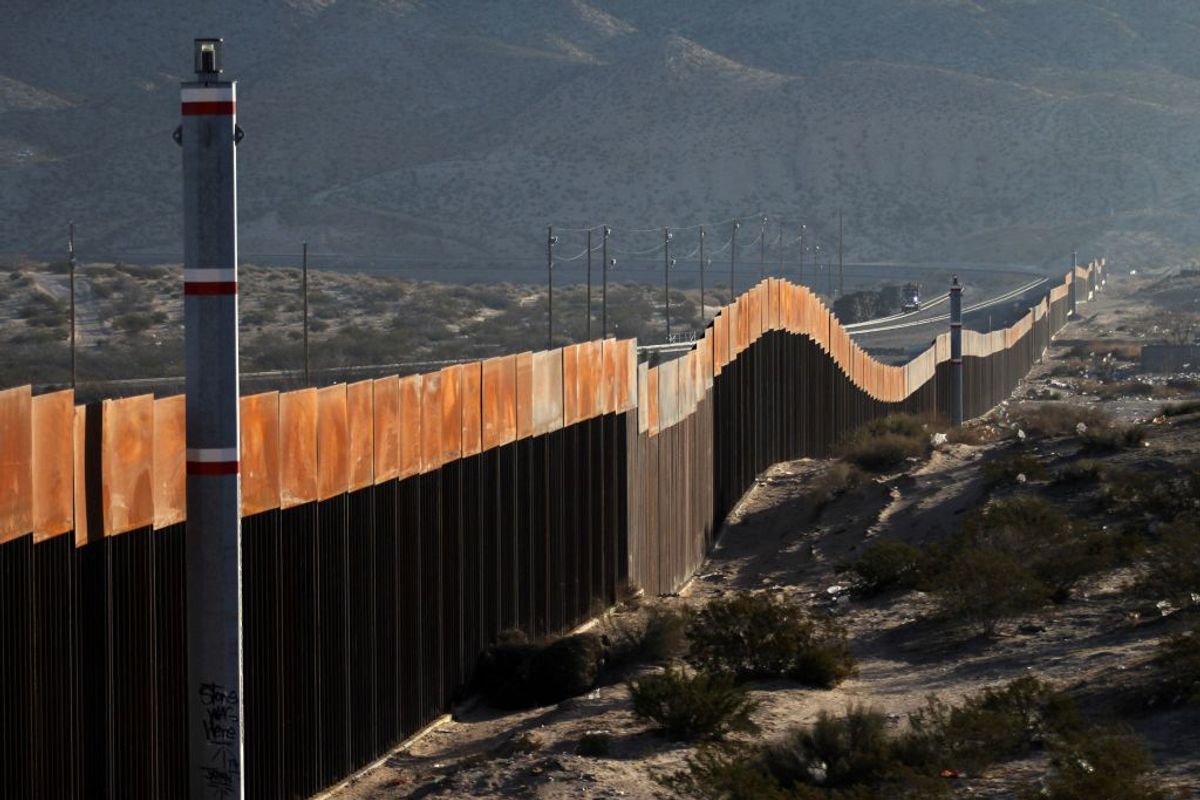 Claim:
The U.S. Department of Defense planned to reduce the funding available for a military-retirement program in order to contribute to the construction of a U.S.-Mexico border wall.
Rating:

As part of a larger transfer of funding from various Defense programs, $223.9 million would be made available for border-wall construction that had been budgeted for a new military-retirement program.

The $223.9 million was available because of a lower-than-expected opt-in rate in the new retirement program in 2018, so the transfer for border-wall construction was therefore not a "cut to benefits," as such.

In August 2019, we received inquiries from readers about the accuracy of reports that claimed the U.S. Department of Defense had plans to divert more than $200 million in funding from a military-retirement program in order to help pay for the construction of President Donald Trump's long-promised wall along the southern border of the United States.

Business Insider reported that the retirement program would "significantly lose funding," publishing an article with the headline: "Money From a Retirement Program for the U.S. Military is Set to Be Diverted to Pay for Trump's Border Wall." The article reported that:

"Notably, [the Wall Street Journal] said about $224 million would be taken from the Blended Retirement System, which combines elements of the military's retirement system with a system offering benefits similar to civilian 401(k) programs.

"Other programs set to significantly lose funding: $604 million that was supposed to support Afghan security forces; $251 million in Pentagon funds for destroying US chemical weapons; and about $343 million 'in spending from Air Force weapons programs where officials have negotiated reductions or canceled systems,' The Journal said. Funds for construction projects for military bases across the world could also go toward the border wall."

Yahoo! News republished Business Insider's report, using the same headline. The left-leaning website the Daily Kos went further, claiming in its headline that "Trump is Stealing From Military Pensions to Build His Wall" and reporting that:

"He's taking $6.1 billion out of Defense Department funds altogether, including $224 million from the Blended Retirement System, a new pension program that combines existing pensions and (401)k programs. Signing up for that has been optional for current military members but has been standard for all new recruits since last year. The Pentagon says that none of the billions in funding stolen for the wall 'will result in any shortfall in readiness or cuts to military benefits.' But that $224 million being taken from the pension program is a cut to benefits, no two ways around that."

In reality, Business Insider somewhat misrepresented the nature of the transfer in funding by writing that the retirement program would "significantly lose funding," and the Daily Kos similarly created a misleading impression by claiming that Trump was "stealing from military pensions" in order to fund the border wall.

Those articles were largely based on a July 31 report by the Wall Street Journal, which said:

"The $6.1 billion in Defense Department funds that will be diverted to expand the barrier at the Mexican border will be taken out of programs ranging from funding of Afghan security forces to a retirement program for the U.S. military, as well as construction projects for military bases around the world, Pentagon officials said this week.

"For months, the White House has planned to transfer billions for the border wall from other parts of the government, but before this week hadn’t finalized programs it would draw from. But under a 5-4 Supreme Court decision last week, the administration was cleared for now to use the money to build the border wall."

"About $224 million will be transferred to border wall funding from the military’s new Blended Retirement System, a revamped system that combines the traditional military retirement system with a new system combining pensions and 401(k) programs. The program, standard for new recruits beginning last year, was optional for those already in the military."

Lt. Col. Chris Mitchell, a Defense Department spokesperson, confirmed the overall accuracy of the Journal's report, writing in an email that the $223.9 million in question was not spent because of "fewer than planned opt-ins" to the new Blended Retirement System (BRS) in 2018. (The opt-in window for most military service members ended on Dec. 31, 2018).

As a result, Mitchell told us, there would be "no impact to member benefits" from transferring those funds. This undermines Business Insider's claim that the border-wall funding plan would cause the BRS to "significantly lose funding," and the Daily Kos' claim that it represented a "cut to benefits." A full breakdown of the BRS underspending can be found on the website of the undersecretary of defense (comptroller) here and here.

Mitchell added that the transfer of the overall $2.5 billion in anti-drug money for border-wall construction "will not adversely affect military preparedness."

Einbinder, Nicole.  "Money From a Retirement Program for the U.S. Military is Set to Be Diverted to Pay for Trump's Border Wall."   Business Insider.  1 August 2019.

McCarter, Joan.  "Trump is Stealing From Military Pensions to Build His Wall."   The Daily Kos.  1 August 2019.