Is This Miley Cyrus with Jeffrey Epstein?

A vague resemblance between two women does not support the salacious implications of this meme. 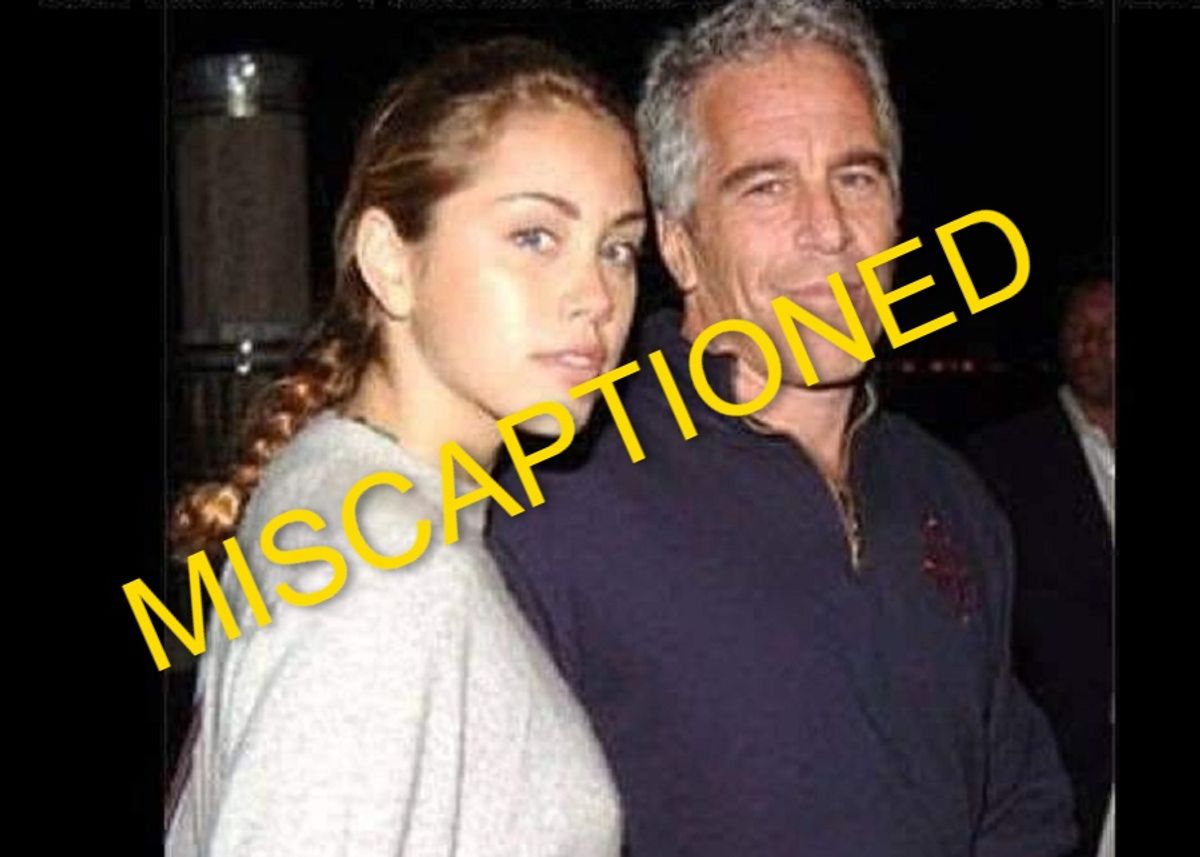 In mid-2020, social media users began circulating a photograph purportedly showing pop music star Miley Cyrus with the late financier and convicted sex offender Jeffrey Epstein, the latter of whom was awaiting trial on federal sex trafficking charges when he was found unresponsive in a jail cell in August 2019, his death later ruled a suicide.

The text accompanying the image seeks to attribute any personal issues Cyrus — who played a character named Hannah Montana in the eponymous Disney television series from 2006-2010 — may have experienced in her later life to her interactions with Epstein: However, the young woman pictured with Epstein here is not Miley Cyrus, although she does bare a passing resemblance to the singer. Both the Getty Images visual media site and the original photographer's website identify this image as having been taken at an Imperia U.S. launch party at the Statue of Liberty on September 7, 2005, when Cyrus was just 12 years old. The woman seen here with Epstein is clearly older than 12.

By contrast, this is what Cyrus looked like in 2005, when she auditioned for the "Hannah Montana" role.

Neither of the photography sites linked above identifies the young woman seen in this picture by name. Although that information is available elsewhere, we have chosen not to include it here for privacy reasons related to an ongoing criminal case.