Is Mike Pence Slated to Resign at the Request of President Trump?

A tidbit of major 'breaking news' that somehow escaped the attention of the mainstream press. 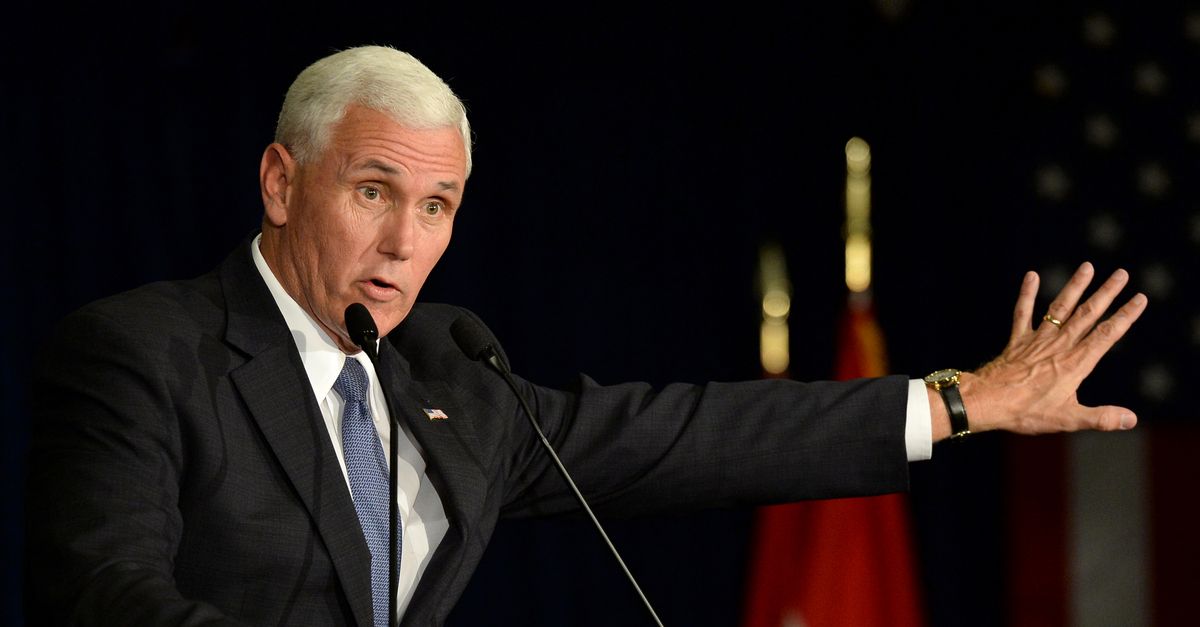 Claim:
Vice President Mike Pence will resign on 1 January 2019 at the request of President Trump.
Rating:

On 26 December 2018, the website America's Last Line of Defense (LLOD) ran this "breaking" news item under the headline "Mike Pence will Resign ‘At The Request of the President’":

According to our sources in Washington, President Trump will ask Vice President Mike Pence to resign his position as of the 1st of the year. An assistant to an aide to White House Director of Information and Propaganda, Art Tubolls, told our correspondent in the field:

“President Trump says that Pence is the only ‘establishment Republican’ left on his staff, and that the departure of Pence officially drains the swamp, just like he promised. The Executive branch is now full of people the President trusts, not a bunch of crusty old politicians. Mike Pence did a great job, but if we’re going to take the rest of America by force after 2020, we’re gonna need someone in the VP job with a little more gusto. Someone like Donald Jr. or even Ivanka. The Senate is ours. We can break any rule we want and confirm any candidate we want. Why not make the White House all Trump?”

For all that Americans have grown accustomed to the abrupt comings and goings of White House officials under President Trump, however, this announcement rang false even to those who didn't make it past the headline to read the more ridiculous declarations in the body of the article. For the most part, Mike Pence is seen by the public as the ultimate Trump loyalist (never mind an anonymously sourced report in the New York Times to the effect that the president was privately questioning Pence's allegiance in November).

As for the rest of the story, it's true that in the event of the vice president's resignation Trump could appoint whomever he wants to the position, but it would require Congressional approval -- something Trump's children, should he appoint one of them, would be unlikely to get.

We note, too, that the quoted statement is attributed to Art Tubolls, who is described as an "assistant to an aide to White House Director of Information and Propaganda." Neither the man nor the position exists. "Art Tubolls" is a fictional character that frequently appears in the pages of LLOD. In another recent article on the site, Tubolls was named as the funeral director handling the interment of the late Penny Marshall.

LLOD is part of a network of websites that publish so-called "satirical" content calculated to incite partisan rage and garner advertising revenue. A disclaimer on the website warns users that everything published there is fictional:

No such warning appears in social media posts that link to the site's content.