The Indiana governor, now Vice President-elect, signed a bill penalizing anyone who "knowingly solemnizes a marriage of individuals who are prohibited from marrying." 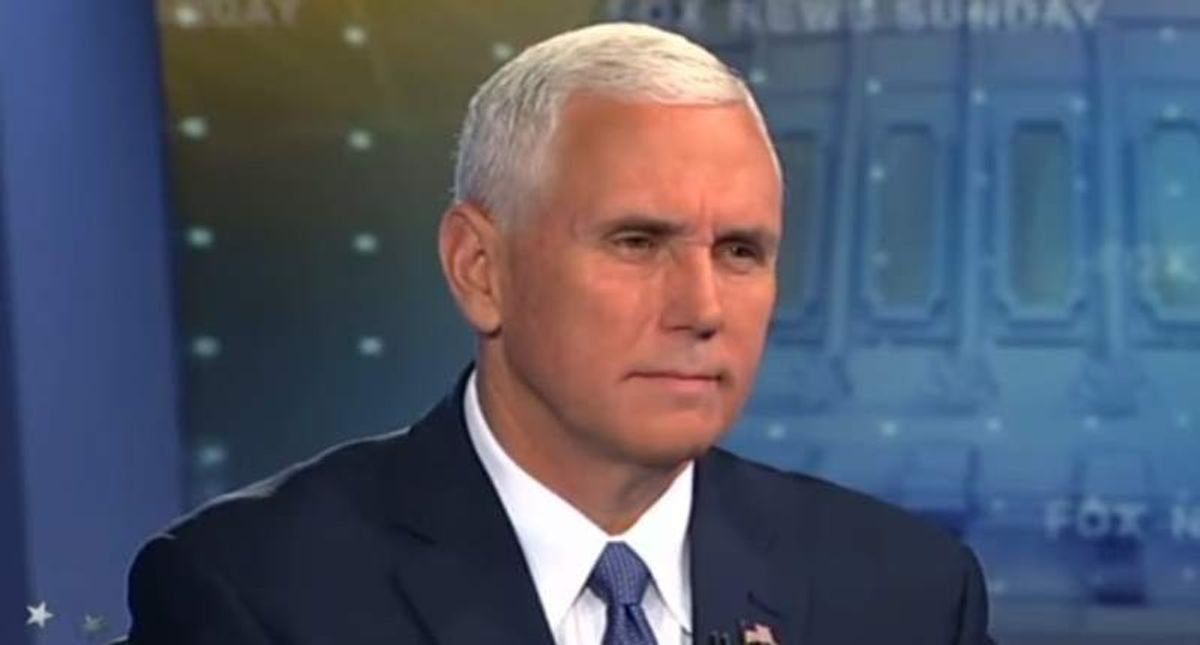 During the 2016 presidential campaign, an image macro circulated online holding that Mike Pence, the governor of Indiana and Republican vice presidential nominee, had signed a state bill in 2013 that allowed same-sex couples to be jailed simply for applying for marriage licenses: Indiana House Bill 1006, as it was known, amended the Indiana Code to downgrade the classification of various offenses, including "knowingly furnish[ing] false information to a clerk of the circuit court" while applying for a marriage license, from Class D to Level 6 felonies, in accordance with the state's revised classification system for felonies. This action neither created a new law nor specified a harsher penalty for the existing law.

However, the revisions also included a clause that spurred concerns that it would be applicable to, and penalize, anyone who performed a same-sex wedding ceremony:

A person who knowingly solemnizes a marriage of individuals who are prohibited from marrying by IC 31-11-1 commits a Class B misdemeanor.

As Mic noted at the time, the new law was widely misreported as being specific to same-sex couples:

As part of the protest against the gay marriage ban in Indiana, same-sex couples were urged to apply for marriage licenses. Usually the applications have separate male and female sections, which each respective individual must fill out. On the old paper applications, same-sex couples were able cross out male or female and fill in the proper gender. However, now the online version has pre-determined male and female sections that can't be altered. Therefore, if a same-sex couple were to fill in the new online form, they would be presenting false information to the court and could be subject to criminal charges.

The reason there is not an option to choose "man, man" or "woman, woman," on the marriage application is because in Indiana, same-sex marriage is not permitted. Stating that Indiana law now "makes it a felony for same-sex couples to apply for a marriage license" is an exaggeration of what the actual law represents.

This is also illustrated in the second issue. If a clergy member or a governmental official "solemnizes" a marriage of two individuals who have not been legally approved to be married, that member could be charged with a misdemeanor. This code applies to heterosexual couples just as much as homosexual couples. It does not specifically state, as some blogs suggest, that it is criminal for an individual to marry same-sex couples.

Moreover, legal writers have challenged the suggestion that the law could effectively be applied to penalize any same-sex couple who simply applied for a marriage license:

When individuals are using paper forms, they could almost certainly take themselves out of risk of this particular crime by simply crossing out the incorrect gender designation and replacing it with the correct ones.

[W]hen it comes to electronic forms where one cannot strike through incorrect information, things get trickier, but I have a hard time concluding that a prosecutor would prosecute, a jury would convict, and a reviewing court would uphold a conviction where, for example, in the field with the incorrect gender designation, the applicant put the correct gender in the name field. (For example “JOHN SMITH (MALE — NOT FEMALE)”). The burden is on the state to show beyond a reasonable doubt that the applicant was knowingly furnishing false information. I’m not sure how anyone could say the burden was met in such a situation.

Same-sex marriage has been legal in Indiana since 6 October 2014, when the Supreme Court declined to hear an appeal in the case of Baskin v. Bogan. We contacted the Indiana state attorney general's office on 9 November 2016 to confirm whether any same-sex couples have indeed been prosecuted under the terms of HB 1006 but have yet to hear back.