“Let’s say, for example, that these gay aliens can assume human form. What’s to stop them from infiltrating normal bakeries and baking cakes for gay weddings? I 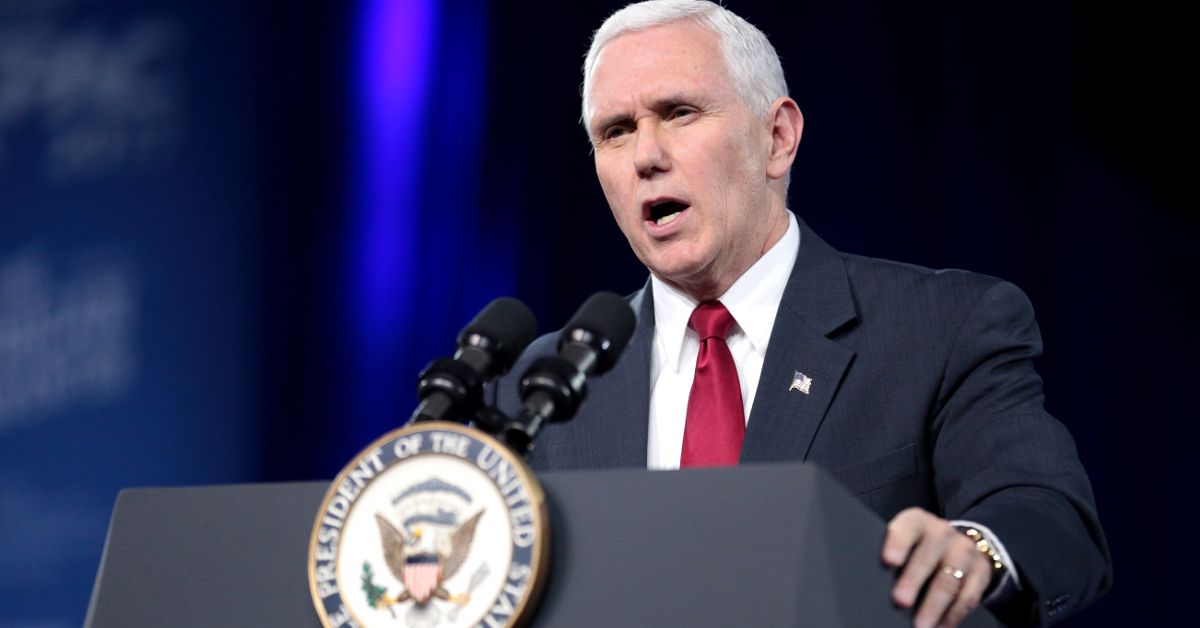 In August 2018, the New Yorker's Andy Borowitz published a report positing that Vice President Mike Pence had proposed using the recently-announced "Space Force" to defend the United States against attacks by "outer-space gays."

Making a major announcement at the Pentagon on Thursday, Vice-President Mike Pence said that the proposed United States Space Force was necessary to defend the U.S. from gay aliens.

“I stand before you today to say that this country is under attack from outer-space gays,” Pence told the military gathering. “Only Space Force can protect us from their unimaginable evil.” Pence detailed a nightmare scenario in which “gay aliens by the thousands” land in the U.S. in “seemingly cute spacecraft” and “subvert life in America as we know it.”

“Let’s say, for example, that these gay aliens can assume human form,” he said. “What’s to stop them from infiltrating normal bakeries and baking cakes for gay weddings? I’ll tell you what’s to stop them,” he said, pausing for dramatic effect. “Space Force.”

That article prompted numerous queries from readers, even though Borowitz is a humorist and his "Borowitz Report" column is clearly labelled as "satire" by the New Yorker and categorized under "humor" on the magazine's web site:

The humorous intent behind such articles is sometimes obscured when the content is aggregated or republished by other web sites, which (unlike the New Yorker) do not clearly label them as satire or humor. In this case, the "gay aliens" piece was republished by web sites such PoliticoPost.com and WorldNewsBuz.com without any indication that it was satirical in nature.

In the summer of 2018, the administration of President Donald Trump announced plans to create a "Space Force" as the sixth branch of the United States military. On 9 August 2018 (the day of Borowitz's satirical article) Vice President Pence elaborated on the plans in a press conference at the Pentagon, declaring: "The time has come to write the next great chapter in the history of our armed forces, to prepare for the next battlefield where America’s best and bravest will be called to deter and defeat a new generation of threats to our people, to our nation."

Pence has frequently been the target of criticism and ridicule from some quarters for his perceived views on homosexuality and LGBT rights and his conservative Christian beliefs, an aspect that formed the basis of this Borowitz piece.