Republican VP candidate Mike Pence didn't proclaim that "the things Donald Trump says wouldn't hurt our campaign half as much if the press didn't report it." 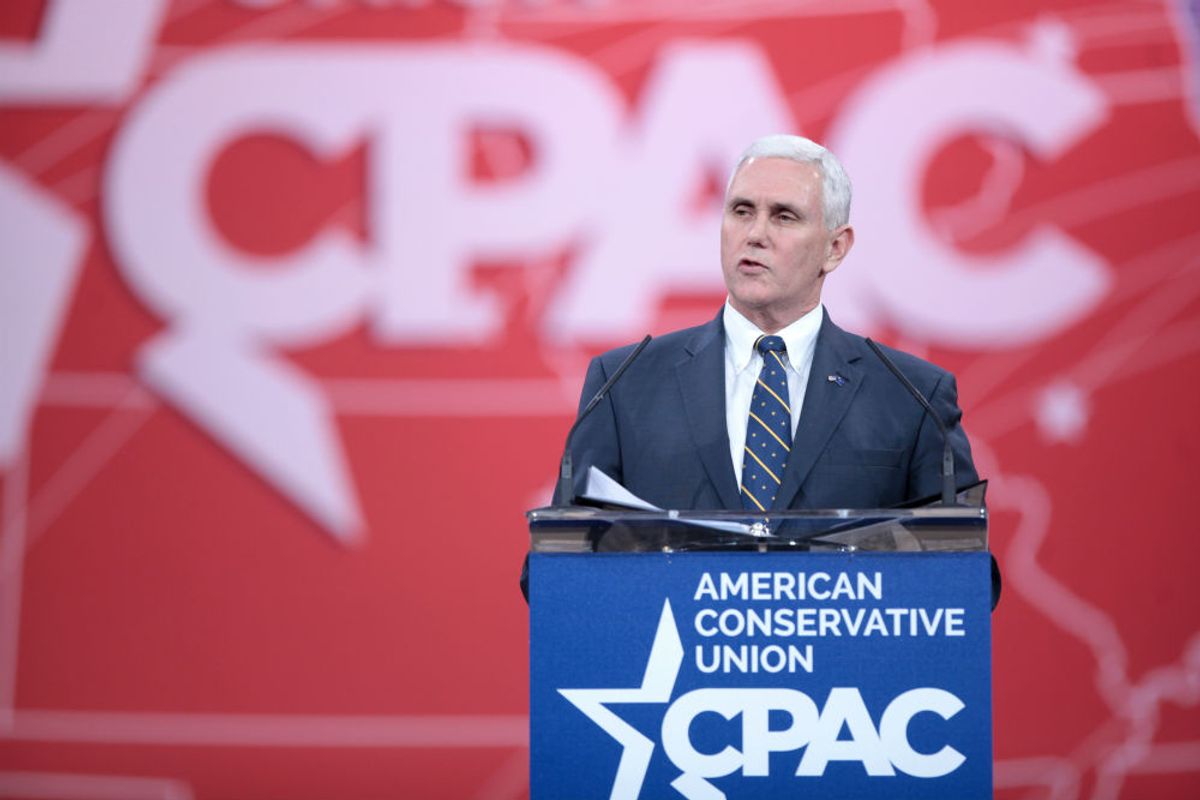 Claim:
Republican VP candidate Mike Pence proclaimedthat "the things Donald Trump says wouldn't hurt our campaign half as much if the press didn't report it."
Rating:

On 14 August 2016, the Facebook group "Military Veterans Against the Tea Party" published an image featuring a photograph of Republican Vice President nominee Mike Pence along with a quote ostensibly uttered by him blaming the media for reporting Donald Trump's controversial statements: The above-displayed graphic received wider attention when it was reposted by the Facebook group "Stop the World, The Teabaggers Want Off" on 16 August 2016.

This quote is a fabrication. We found no record of Pence uttering this phrase in a recent speech or interview, did any credible news outlet report on it.

This fake quote mimicked the sentiment expressed in an 11 August 2016 satirical piece by New Yorker humorist Andy Borowitz, who jokingly claimed that GOP presidential candidate Donald Trump had "blast[ed]" the media for "reporting things he says."

While the Trump campaign has repeatedly accused the media of "unfair" reporting, neither Trump nor Pence have gone as far as to chastise journalist for repeating what the Republican Presidential Nominee has said.