Republican VP candidate Mike Pence headed the organization that published an article about gay men being unfit for military service, but he did not write the article himself. 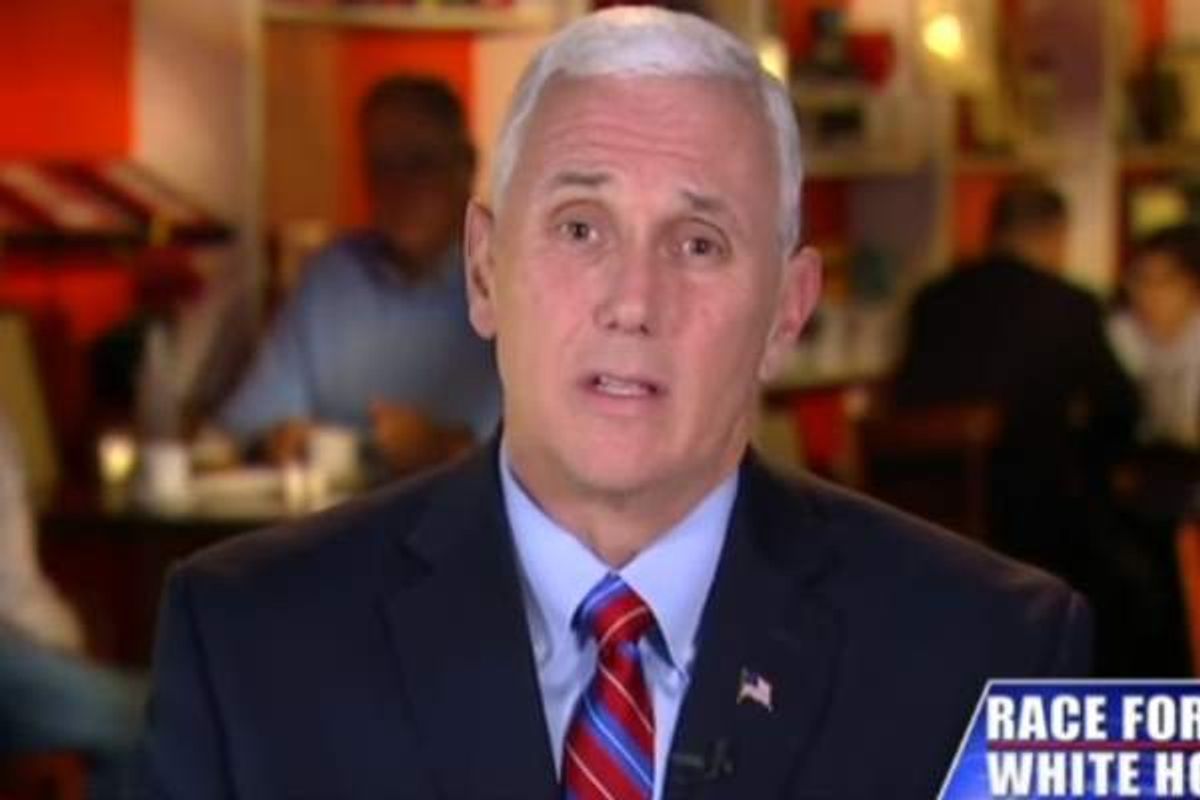 Claim:
Indiana Gov. Mike Pence said homosexuals are "not as a group able-bodied" and "known to carry extremely high rates of disease brought on because of the nature of their sexual practices."
Rating:

Mike Pence was in charge of an organization that published a journal article declaring homosexuals unfit for military service.

Mike Pence himself did not write the article in question.

An image widely circulated during the 2016 presidential campaign depicted the Republican vice presidential candidate, Governor Mike Pence of Indiana, along with text suggesting he had once said that homosexuals are not "able bodied" and "carry extremely high rates of disease": This statement stemmed from a 1993 journal article about homosexuals serving in the military. Mike Pence was in charge of the organization that published the journal, the the Indiana Policy Review Foundation (IPRF), but he did not himself pen the article in question.

The journal piece was written by one of the IPRF's senior fellows, Col. Ronald Ray (bylined as "R.D. Ray"), and it was published in the IPRF's journal in August 1993 under the title "Military Necessity and Homosexuality": The allegation that gay men are not sufficiently "able bodied" for military service appeared on page 10 of that journal issue:

Ray went on to argue that there was "no sound military reason" for LGBTQ Americans to be allowed into the U.S. armed forces:

Homosexuality is a grave threat to not only our nation’s health but also our national security in several ways. Almost all homosexuals engage in sexual practices involving degradation or humiliation rarely practiced by heterosexuals. The degrading nature of such practices constitutes the real basis of the homosexual security threat as photographs or a video of a service member or of a civilian policy-maker in such an extremely compromising position makes them vulnerable to blackmail or extortion.

The journal's masthead listed Pence as the IPRF's president but did not indicate he served in any editorial capacity for publishing of the foundation's journal:

Pence served as the IPRF's president between 1991 and 1993 and then left the organization, but he did write an op-ed piece published in the journal in 1996, one complaining that the Republican Party was pandering too much to LGBTQ interests (among others) at their national convention that year:

An endless line of pro-choice women, AIDS activists, and proponents of Affirmative Action may have struck a cord with the Washington press corps. They bombed, however, in Peoria. Add to that the systematic exclusion from prime time of social conservatives and you have the makings of a real ratings buster. Like it or not, traditional Pro-Family conservatives make up the bedrock of modern Republican electoral success.

Since then, more of Pence's anti-LGBTQ stances have come to light. On 2 December 2010, Pence (by then a congressman) voiced his opposition to repealing the "Don't Ask Don't Tell" policy banning homosexual U.S. troops from openly revealing their sexuality:

Before joining Donald Trump as a running mate on the 2016 GOP presidential ticket, Governor Pence entered the national spotlight on 2 April 2015 when he signed Indiana Senate Bill 101, also known as the "Religious Freedom Restoration Act." The bill prompted widespread criticism and boycott threats over fears that it would legally allow businesses to turn away LGBTQ clientele. Exactly a month later, he signed revised version of the law explicitly prohibiting such treatment.