Did Mike Flynn Say Myanmar-Style Military Coup 'Should Happen' in US?

The former Army general and Trump ally appeared at a right-wing conference in Texas in May 2021. 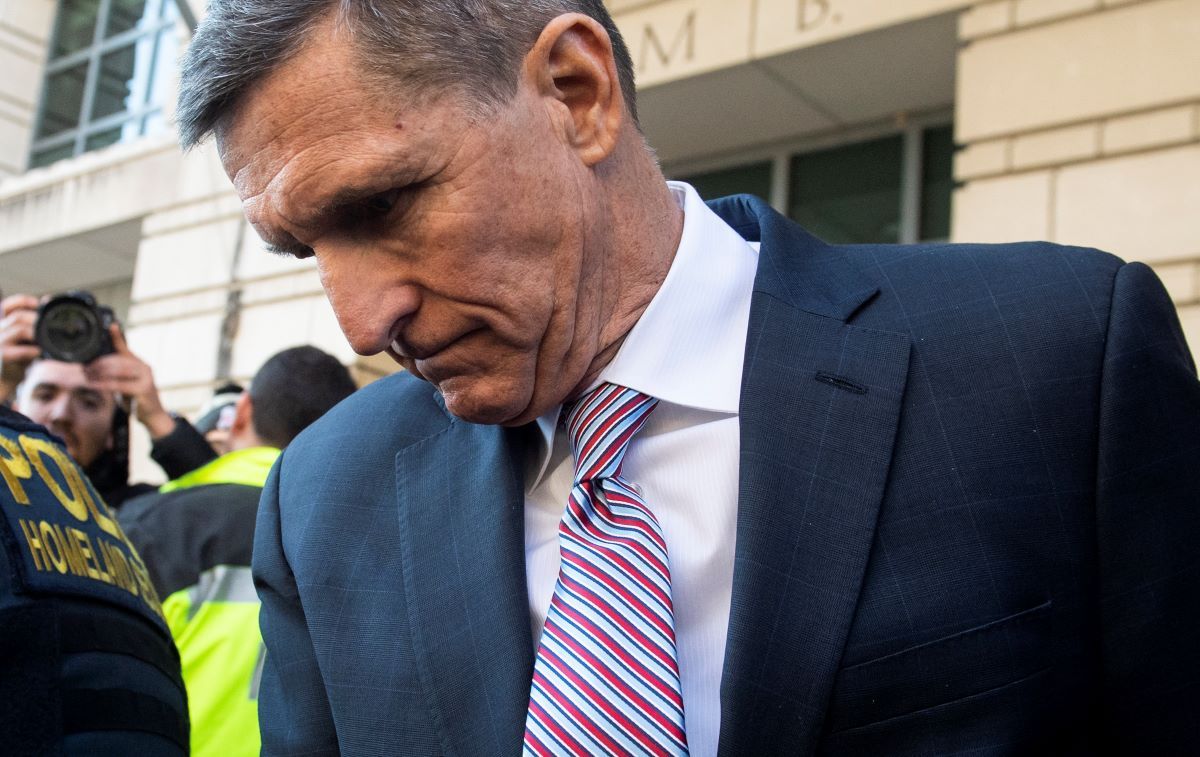 Claim:
In May 2021, Michael Flynn expressed support, at least in principle, for a military coup in the United States.
Rating:

At an event in May 2021, Flynn was asked why "what happened in Minamar [Myanmar]," namely a military coup, "can't happen here." He replied "No reason. I mean, it should happen" — a clear expression of support, at least in principle, for a military coup in the United States. However, he quickly backtracked in an online post, writing "There is no reason it (a coup) should happen here (in America)."

In May and June 2021, reports emerged online that Mike Flynn, former Army general, former national security advisor, an ally of former U.S. President Donald Trump, and a prominent supporter of discredited conspiracy theories, had expressed support for the idea of a military coup in the United States.

On May 30, for example, the left-leaning website Mediaite reported that:

Former National Security Adviser Michael Flynn spoke this weekend at a conference organized by supporters of the QAnon conspiracy in Dallas, Texas, and multiple attendees captured video of him endorsing the idea of a military coup like the one that happened in Myanmar happening here, presumably to install former President Donald Trump back in the White House.

Similar articles were published by The Hill, Dallas Morning News, and Marketwatch.

Those reports contained accurate descriptions of what Flynn said at a conference in Dallas, Texas, over the weekend of May 28-30, 2021. However, Flynn quickly backtracked on his remarks, writing online, "There is NO reason whatsoever for any coup in America." As a result, we are issuing a rating of "Mixture."

What Flynn Said About Myanmar and Coups

The remarks in question came during a panel discussion at the "For God & Country Patriot Roundup" in Dallas, Texas, which took place between May 28 and 31, 2021. Video footage of Flynn's comments first emerged online on May 30, which suggests that was the date on which he made them, though we have not yet been able to verify that definitively.

Audience member: I'm a simple Marine. I want to know why what happened in Minamar [Myanmar] can't happen here. [Cheers and applause].
Flynn: No reason. I mean, it should happen. There's no reason. [Cheers]. That's right.

In February, military leaders in the southeast Asian nation of Myanmar (also known as Burma), carried out a coup. It was to this that the audience member referred when he asked why "what happened in Minamar [Myanmar] can't happen" in the United States.

Flynn's response — "No reason. I mean, it should happen" — clearly meant he was expressing support, at least in principle, for a military coup in the United States. News reports that characterized his remarks in that way were therefore accurate.

However, on May 31 Flynn appeared to backtrack on those comments. On the social media platform Telegram, he wrote:

Let me be VERY CLEAR – There is NO reason whatsoever for any coup in America, and I do not and have not at any time called for any action of that sort.

Any reporting of any other belief by me is a boldface fabrication based on twisted reporting at a lively panel at a conference of Patriotic Americans who love this country, just as I do. I am no stranger to media manipulating my words and therefore let me repeat my response to a question asked at the conference: There is no reason it (a coup) should happen here (in America). Sidney Powell, an attorney who represents Flynn, confirmed for Snopes that @RealGenFlynn is an authentic Telegram account and that the May 31 message was composed by Flynn himself.

In writing, "There is no reason it (a coup) should happen here (in America)," Flynn was not "repeating" his response at the conference. In reality, he said the opposite at the conference. But it remains the case that, shortly afterwards, he clearly articulated opposition to the idea of a military coup in the United States. As a result of this backtrack, we are issuing a rating of "Mixture."