Did Migrants 'Invade' a Beach in Broad Daylight?

The claim appears to reference an incident on the shores of a beach in Spain in 2017. 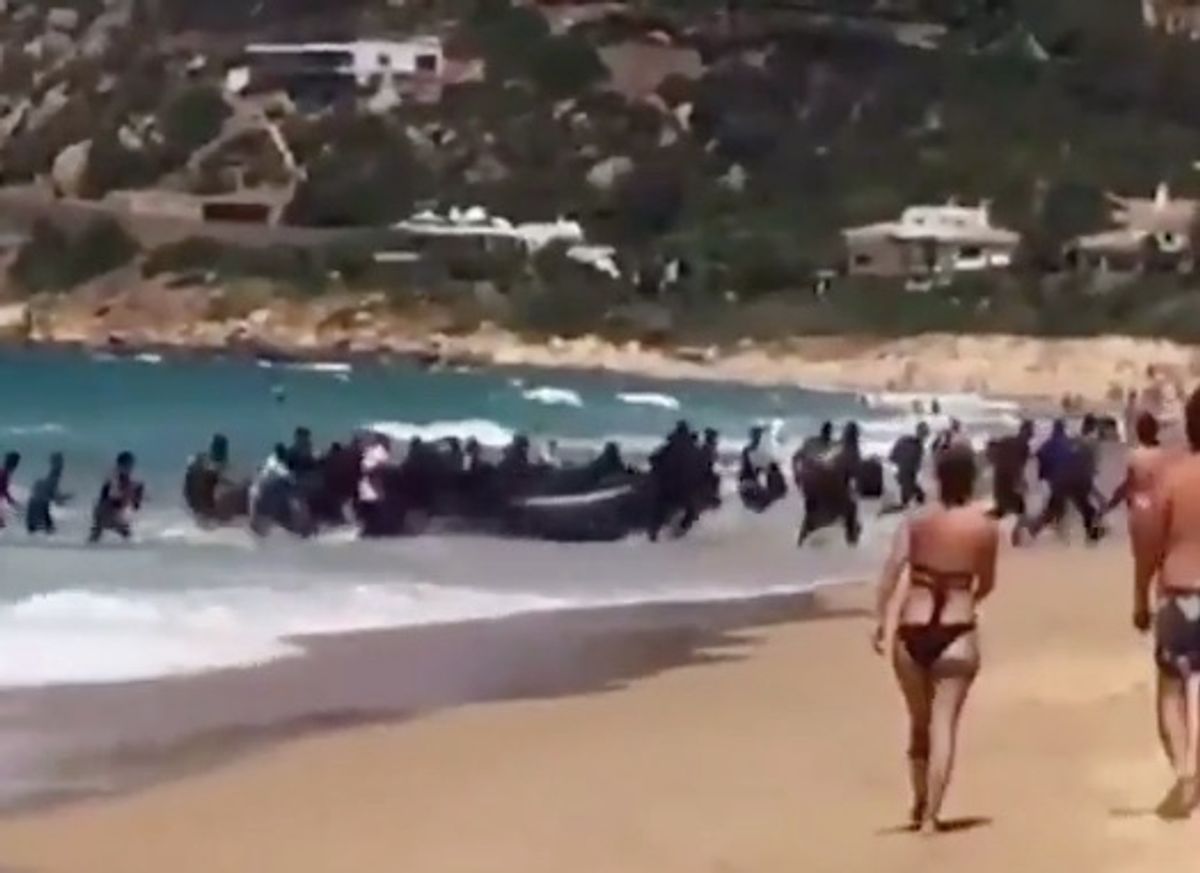 On 22 April 2019, the political clickbait site StarPolitical.com posted a story headlined, "Migrants INVADE Beach in Broad Daylight; Men Women and Children Left SHOCKED." The story reports that "ABC news recently posted a video from Spain capturing dozens of; what look like all or mostly male migrants coming ashore on a quiet beach day, on one of the countries most beautiful beaches."

The story is a sensational and misleading take on a real incident that happened in 2017. And while it references U.S. politics and the upcoming 2020 presidential election, it took place in Spain.

Dozens of migrants run off after their boat reaches shore in southern Spain, surprising sunbathers on the beach https://t.co/8BXv5JjpEp pic.twitter.com/NCSaaWS20i

As The New York Times reported at the time, migrants were seen in the video running onto a beach in southern Spain from an inflatable dinghy after a dangerous journey across the Mediterranean Sea. Surprised beachgoers can be seen walking toward the group that had just disembarked:

The footage, recorded Wednesday in Playa de los Alemanes in Cádiz province, Spain, is a reminder of the large number of refugees and migrants making their way into Europe, even as the everyday life of vacationers goes on.

Though attention has turned from the European refugee and migrant crisis, thousands of people are still making the dangerous sea crossing from North Africa into Europe, often smuggled by human traffickers on inflatable dinghies or old fishing vessels. The crossing is often deadly. Since January, more than 2,405 people have drowned in the Mediterranean while attempting it.

Immigration continues to be a political flashpoint globally, however the number of migrants entering Europe has dropped significantly since peaking in 2015.

On 26 April 2019, the Associated Press reported that migration to Spain has plummeted after an agreement between the government of that country and Morocco, although tactics used to halt prospective migrants have raised red flags with human-rights organizations.

While the migrant flow often fluctuates due to weather and other factors, an internal European Union report obtained by The Associated Press suggests that intensified efforts to stop the migrants before they're able to reach European waters are paying off. ...

The report doesn't specify what Morocco did to hold back migrants or what it got in return other than "explicit recognition and support" from the Spanish government and the EU's executive Commission in Brussels.

In 2017, the year the beach incident depicted by the video occurred, 185,139 migrants arrived in Europe while 3,139 either went missing or lost their lives attempting to do so. In 2015, more than a million migrants made their way to Europe, but as of 2018, the United Nations estimated the figure to be 141,472 — the lowest since the start of the crisis in 2014.

Rankin, Jennifer. "EU Declares Migration Crisis Over as it Hits Out at 'Fake News.'"   The Guardian. 6 March 2019.