City officials in Long Beach, California, said only one such book was given out ... and that was by a citizen who donated it. 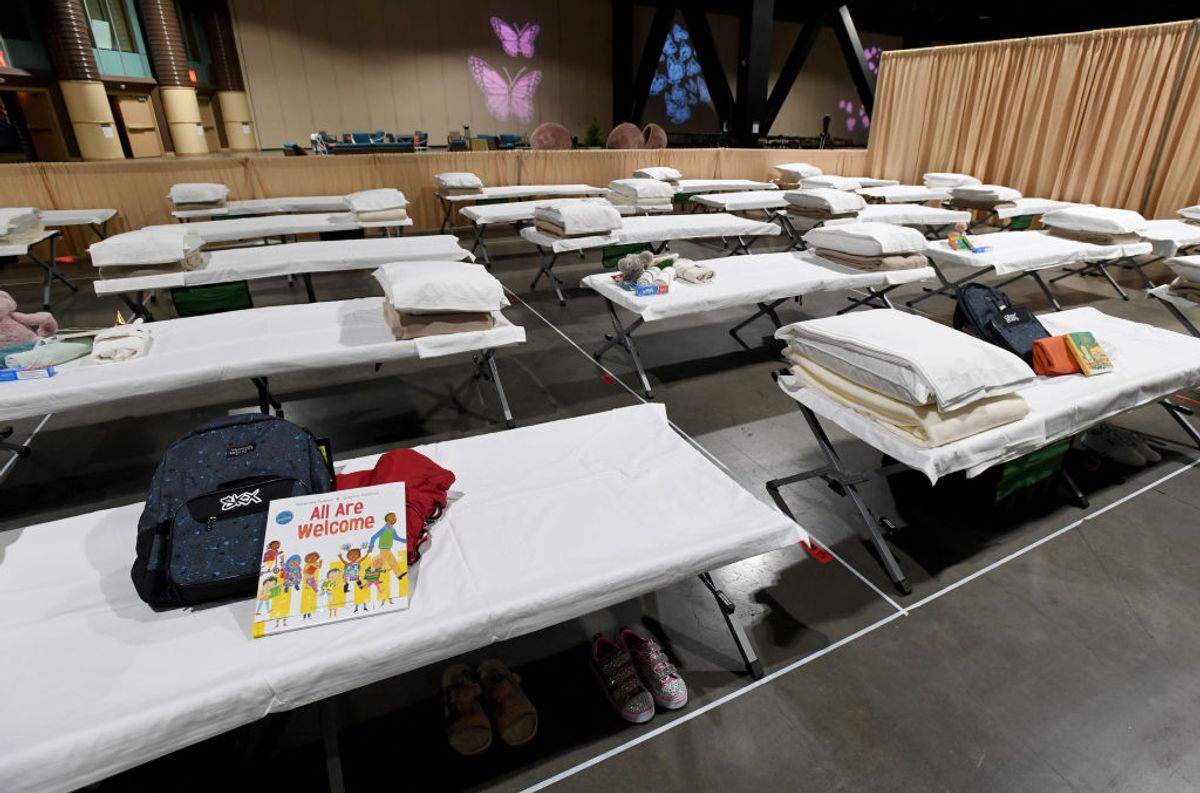 Claim:
Unaccompanied migrant children being sheltered in Long Beach, California, were each given a copy of Vice President Kamala Harris' children's book by the Biden administration.
Rating:

On April 23, 2021, the New York Post reported that unaccompanied migrant children being sheltered at the Long Beach Convention Center in Los Angeles County, California, were each being given copies of Vice President Kamala Harris' 2019 children's book, "Superheroes Are Everywhere."

"Kamala isn’t at the southern border — but migrant kids are getting Veep’s book," the New York Post's headline read. The story featured a photograph of the book propped up on a cot along with a black backpack. The story led to a number of inaccurate takes on social media, including this tweet by U.S. Rep. Lauren Boebert, R-Colorado:

"Why is the Biden regime using taxpayer dollars to provide illegal immigrants entering the U.S. with a copy of Kamala’s children's book?" she tweeted.

The short answer is that the claim is false.

We reached out to city officials in Long Beach, and were sent the following statement by city spokesperson Kevin Lee:

I can clarify. The City of Long Beach, in partnership with the Long Beach Convention and Visitors Bureau, has a citywide book and toy drive that is ongoing to support the migrant children who are temporarily staying in Long Beach at the U.S. Department of Health and Human Services shelter. The single book you reference is one of now thousands of various books that have already been donated. The book was not purchased by HHS or the City. It was a single book and was not part of a mass donation of that specific title.

Lee added, "The donated books are part of an inventory, or library if you will, at the shelter. They are not part of a set welcome kit, but rather, children will be able to pick and choose what they read from the available donated inventory."