Will All Americans Receive a Microchip Implant in 2017?

An NBC Nightly News segment did not report or predict that "all Americans will receive a microchip implant in 2017." 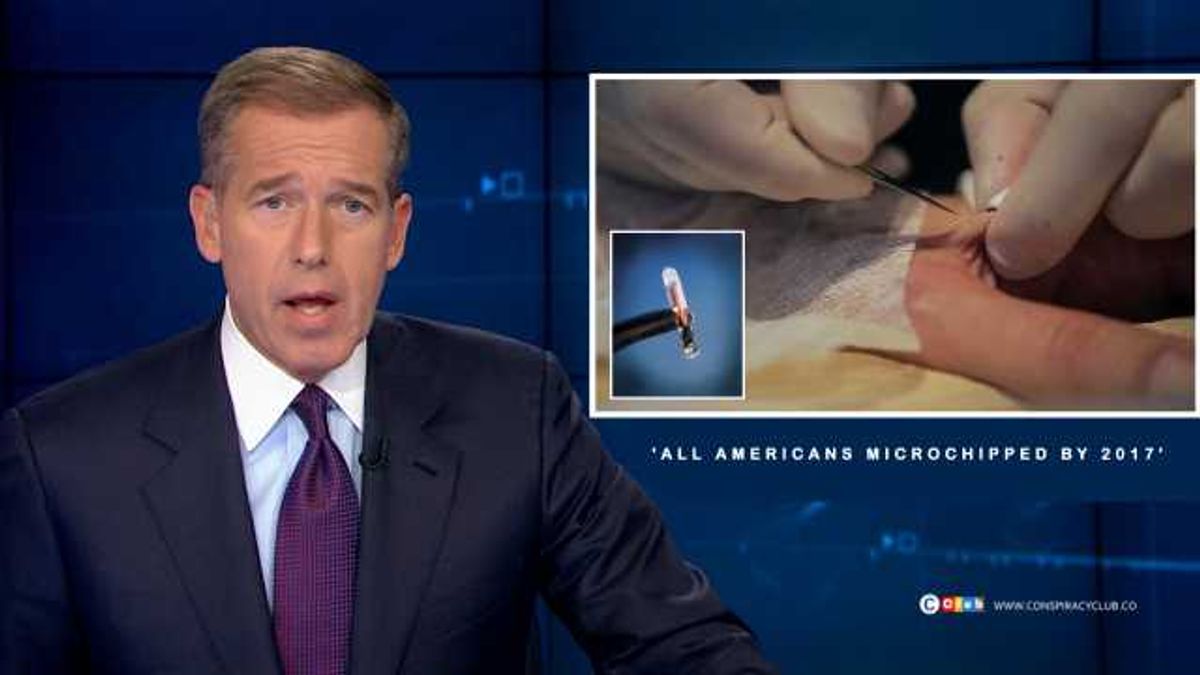 Claim:
All Americans will receive a microchip implant by 2017.
Rating:

Despite multiple, detailed debunkings (here at Snopes at elsewhere), the rumor that the provisions of Obamacare require that Americans submit to the implantation of microchips that will record and store retrievable medical information (and a host of other personal details) is a persistent one.

One of the pieces of "evidence" now commonly proffered in support of this claim is a video clip from an NBC Nightly News broadcast (with anchor Brian Williams) touted as reporting that "All Americans Will Receive a Microchip Implant in 2017":

But of course, simply viewing the clip in question shows that it actually reported nothing of the kind.

This clip is a (typically brief and shallow) NBC Evening News feature from 2007 speculating upon what life might be like in the U.S. in ten years' time (i.e., 2017). This particular segment focused on ways in which we might "safeguard and identify all those things that make each of us unique," addressing in particular the use of biometrics (technologies that measure and analyze human body characteristics) to build and access databases of information about individuals, for purposes ranging from security identification to recognizing their consumer preferences.

A potential future technology mentioned at the beginning of the clip was the use of chips implanted under the skin that would store important medical information to be retrieved by those responsible for delivering medical care and treatment. But microchips were just one of several possible biometric technologies surveyed in the segment, along with fingerprints, iris scans, and facial recognition software. Nowhere did the clip claim or predict that "all Americans will receive a microchip implant in 2017," any more than it asserted that (as imagined in the 2002 neo-noir science fiction mystery-thriller film "Minority Report") by 2017 retailers will be scanning our irises as we enter their stores to show us promotions tailored to our buying habits and preferences.

In short, NBC simply mentioned the use of microchips for personal ID purposes (along with several other biometric technologies) as something that might come about by 2017; they didn't definitively state that it would be commonplace by then, much less maintain that it would be a mandatory provision of daily life in America. And they certainly didn't link it to any provision of Obamacare, as the NBC report initially aired over two years prior to the passage of the Patient Protection and Affordable Care Act.