Is Michigan Gov. Whitmer Building an Electrified Fence Around Her Residence? 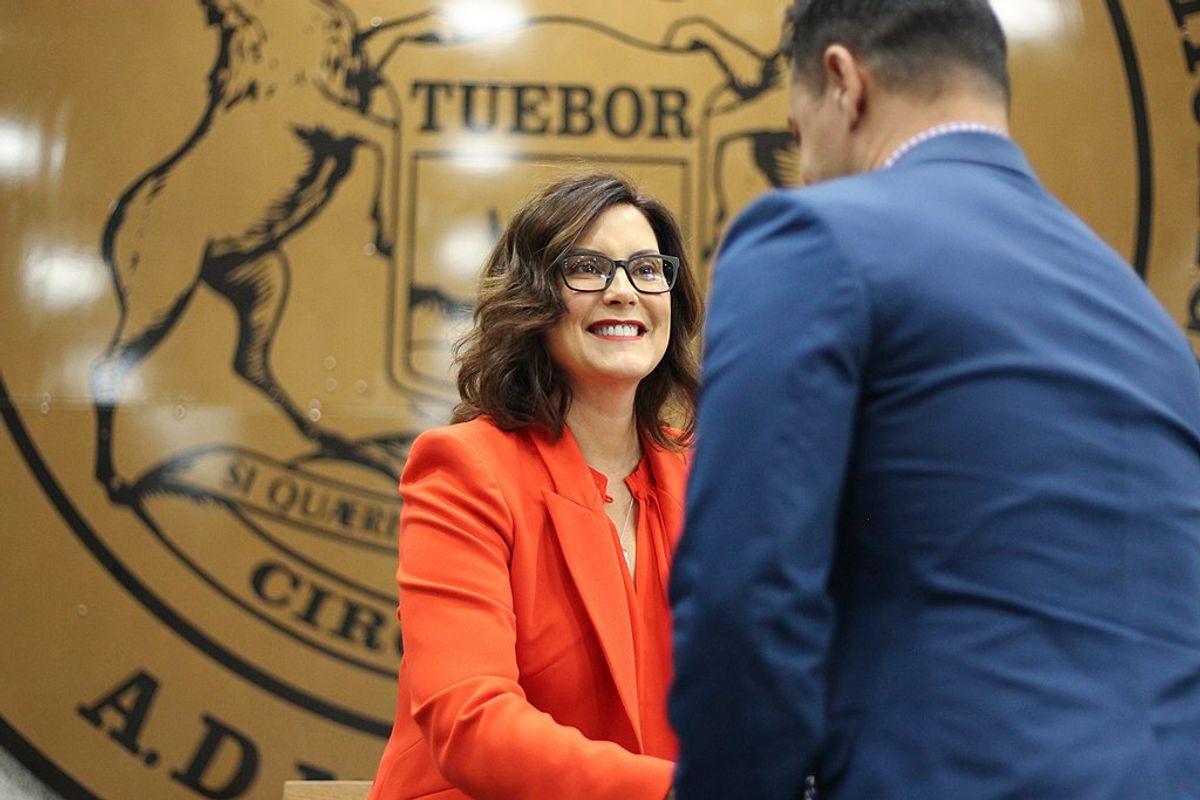 Claim:
Michigan Gov. Gretchen Whitmer — who has previously spoken out against the U.S. border wall with Mexico — is getting security upgrades at her official residence that include an 8-foot-tall, electrified fence.
Rating:

Whitmer reported receiving security threats, resulting in plans to build a new security fence around her residence. The cost of current maintenance and upgrades — described as “routine" — is about $1.1 million. Whitmer, who is a Democrat, has in the past spoken out against Trump’s U.S.-Mexico border wall.

We were not able to confirm that the fence is electrified, and its 8-foot height is an estimate. The exact cost of the installation of the perimeter fence is unknown.

In September 2020, Michigan Gov. Gretchen Whitmer was roundly criticized by right-leaning media after news emerged that the governor's mansion was receiving security upgrades, with many claiming that the Democratic governor was getting an 8-foot-tall, electrified security fence.

Partisan critics called out Whitmer for what they said was her hypocritical past criticism of U.S. President Donald Trump’s plans for a border wall because she felt it was costly and ineffective. Trump had promised to build a border wall with Mexico during his 2016 campaign for president, arguing that terrorists, drugs, and crime were pouring across the border into the U.S.

Snopes readers asked us if Whitmer's residence was actually receiving such security upgrades. We learned that it was, but some details remain unconfirmed.

On Sept. 4, The Detroit News reported that the governor’s residence in Lansing, Michigan, was receiving a security upgrade as part of “routine maintenance.” The total cost of this maintenance was reported to be $1.1 million. As part of the security upgrades, a new perimeter fence was being constructed as well, but the cost of installing the fence is unknown. A spokesperson for Whitmer told the newspaper that these upgrades were planned last year, and scheduled to start in the spring of 2020, but were delayed because of the pandemic.

While numerous conservative media outlets reported that the fence around the governor’s residence was electrified, this is not confirmed by the governor’s office itself. The Detroit News did report that signs on the construction site said "Danger. High voltage," which may have led to the assumption that the fence was electrified. The newspaper also only estimated the height of the fence.

Ultimately, this story made news because of Whitmer’s past comments against Trump’s border wall. Like many Democrats, she has criticized the wall, which conservatives argue is hypocritical as she is building a security fence around her own residence. Some of her past tweets:

It bears pointing out that the construction of a residential security fence and building a border wall to inhibit illegal immigration are two different things. Whitmer has been threatened by groups angry about her stay-at-home orders because of the COVID-19 pandemic. On May 26, the governor said that she and her family had received numerous death threats, and that same month, a Detroit man was charged with a felony after making “credible threats” to kill Whitmer. The threat of terrorist attacks and violent criminals entering the country have been cited as justifications for a U.S.-Mexico border wall, but there is ample evidence that Trump's administration has overstated those threats.

We reached out to the governor’s office to confirm details about her security upgrades, particularly the fence, and will update this post with more information.

A spokesperson for the Michigan State Police told The Detroit News, "As a matter of practice, we’re constantly reviewing security protocols and adjusting as needed [...] We don’t comment on specific threats against the governor nor do we provide information about security measures."

We should note that Whitmer’s predecessor, Gov. Rick Snyder, a Republican, didn’t reside in the official residence in Lansing during his time in office, but instead lived an hour away in Ann Arbor, Michigan. His home subsequently received security upgrades as well, though details about these upgrades were not disclosed.

Update: In October 2020, unsealed court documents revealed that six people had been charged in a plot to kidnap Whitmer at her vacation home, not her official residence.

Given that a security fence is indeed being built around the Michigan governor’s residence, but details about the fence remain unknown, and the comparison to the border wall being made by the right is far-fetched, we rate this claim a “Mixture.”