Did Michelle Obama File For Divorce After Barack Admitted He Was Gay? 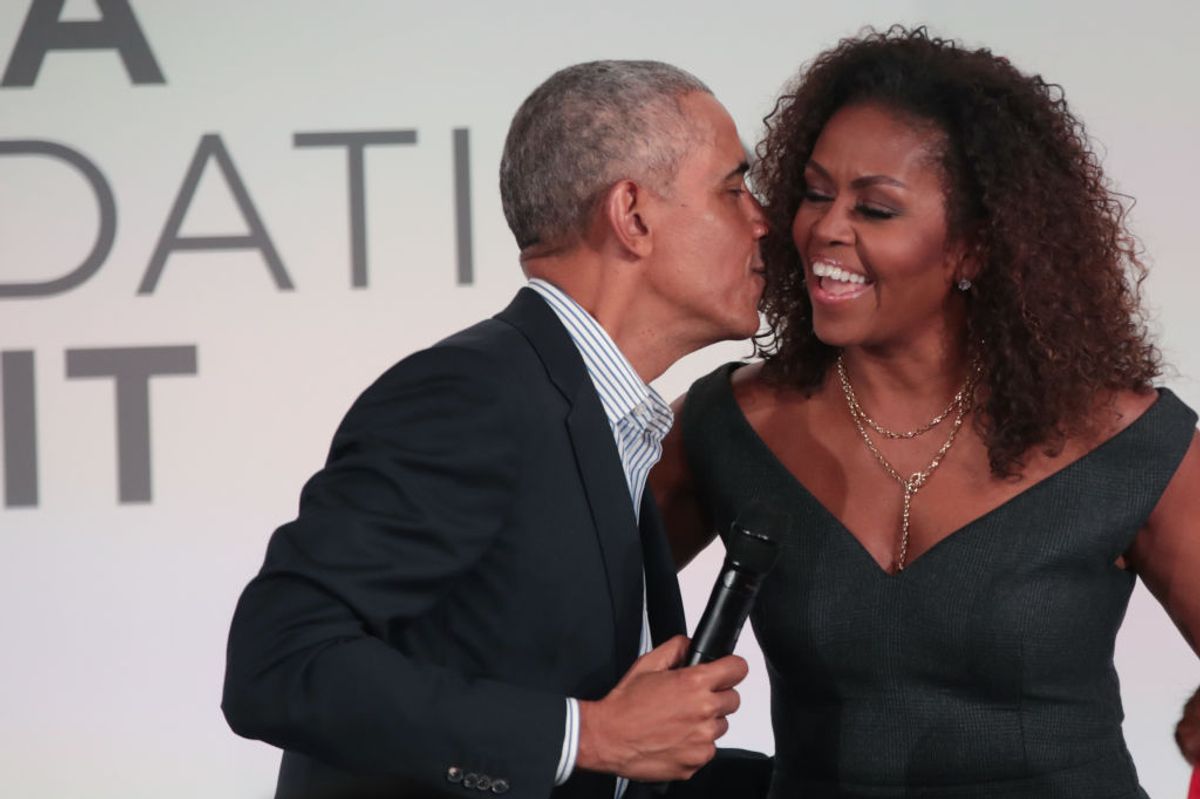 On Jan. 18, 2020, Empire News published an article with a headline positing that former first lady Michelle Obama had filed for divorce from former U.S. President Barack Obama after the latter admitted that he was gay:

Former President Barack Obama announced late last night that he had filed for divorce from his wife of 27 years, Michelle Obama, after he revealed a secret double life as a homosexual.

“It is with a bit of sadness and a whole lot of relief that I announce that Michelle and I have decided to separate, as I have admitted to her, as I’m doing now to the rest of the world, that I am a homosexual,” said Barack Obama. “This may come as a shock to many, and anger others, but this is my personal business, and I would hope that everyone could respect my privacy at this time”

While this article originated on a website that carried a disclaimer labeling its content as fiction, this article was later shared on websites, such as the Snowflakes Forum, which carried no such disclaimer. This article may have also received a boost in popularity after it was published by WitTheShit, a group whose stated purpose is to sow "discord on the Internet by starting arguments or upsetting people, by posting inflammatory, extraneous, or off-topic messages in an online community (such as a newsgroup, forum, chat room, or blog) with the deliberate intent of provoking readers into an emotional response or of otherwise disrupting normal on-topic discussion. 7.2 million strong We are Declaring a satire WAR on EVERYONE!"