A student with a quote from Prophet Muhammad on her graduation cap received a hug from First Lady Michelle Obama, but this student was not one of the First Daughters. 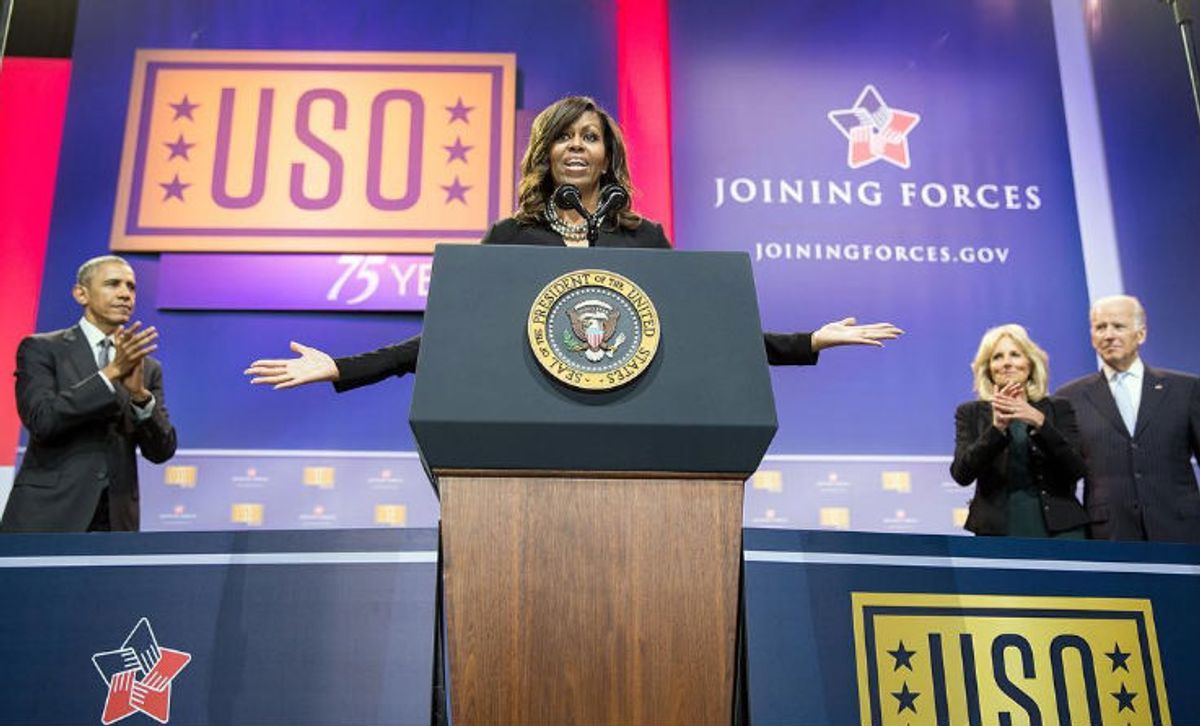 Claim:
A photograph shows one of Michelle Obama's daughters wearing a graduation cap decorated in a quote from Prophet Muhammad.
Rating:

In June 2016, a photograph that purported to show First Lady Michelle Obama hugging one of her daughters (who was wearing a graduation cap decorated with a quote from the Prophet Muhammad at the time) started circulating on social media.

The photograph is real, but the pictured student is not one of Obama's daughters. The photograph was originally posted to the First Lady's Instagram account on 6 June 2016, and was taken shortly after she delivered the commencement speech at the City College of New York:

"We know that our greatness comes when we appreciate each other's strengths, when we learn from each other, when we lean on each other. Because in this country, it's never been each person for themselves. No, we're all in this together. We always have been." —The First Lady to the graduates of @CCNYCityCollege. #ReachHigher

While The First Lady shared several photographs featuring writing on graduation caps ("The sky is not the limit, it is the beginning. Class of 2016", "Thank you Mom I love you", "The best is yet to come") Obama singled out the student in the image displayed above for being the first person in her family to graduate college:

Orruba was born and raised in Yemen, stepping foot in New York for her first day of high school in 2006. It was here she discovered her passion for writing and literature and the desire to pursue a college degree. Orubba broke her family tradition by becoming a first generation college student. Today, she walks across the graduation stage as the salutatorian of the @CCNYCityCollege Class of 2016. #ReachHigher

Neither Malia nor Sasha Obama attend City College of New York, nor have either of the two First Daughters attended college as of June 2016. Malia graduated from high school in 2016, while Sasha just turned 15.