Michelle Obama Never Placed Her Hand Over Her Heart During the National Anthem?

A right-wing, pro-Trump Facebook page uses a photograph of Melania Trump to attack her predecessor — and gets the facts badly wrong in the process. 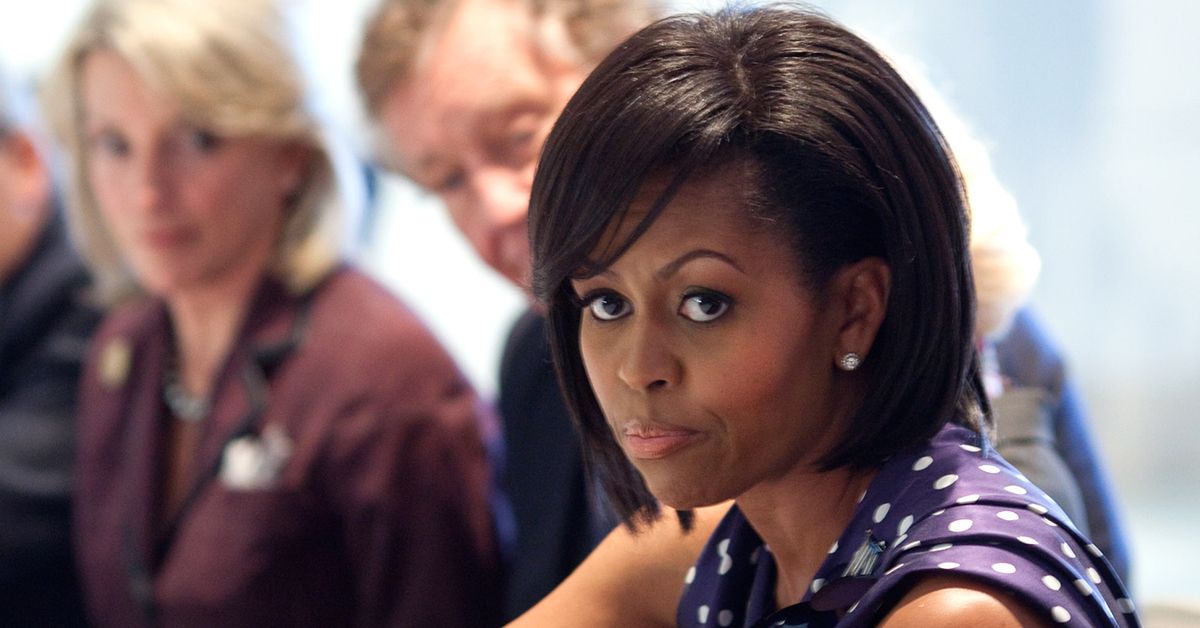 Claim:
Michelle Obama, as First Lady, never placed her hand on her heart during the national anthem.
Rating:

Online disinformation targeting former President Barack Obama and First Lady Michelle Obama did not end after their departure from the White House in January 2017.

In May 2018, the right-wing, pro-Trump "Deplorables" Facebook page posted a viral meme which attempted to contrast the readiness of First Lady Melania Trump to make patriotic gestures, with that of her predecessor. Over a photograph of Trump placing her hand on her heart, the meme reads: "The one thing Michelle Obama never did..."

This photograph of Melania Trump was taken during the official visit to Washington D.C. of French president Emmanuel Macron and his wife Brigitte on 24 April 2018. It shows the First Lady placing her hand over her heart as the United States' national anthem played: There is ample photographic and video evidence clearly showing the former First Lady doing the same, exactly as she is accused of "never" having done in the "Deplorables" meme. A quick browse of the archives of major photography agencies like Getty and the Associated Press shows that this was a gesture Obama made routinely in her official public duties. C-SPAN's archive contains multiple video clips of Barack and Michelle Obama both honoring the anthem by placing their hands over their hearts.

So the claim that Michelle Obama as First Lady never placed her hand over her heart in honor of the national anthem is wildly, demonstrably false.

Critics of Obama targeted the 44th president and the First Lady throughout both Obama administrations, falsely accusing the couple of disrespecting both the U.S. flag and national anthem, either through ignorance of etiquette or a lack of patriotism. The May 2018 "Deplorables" meme is just the latest example of such outrageous and easily-disproven disinformation.