In a discussion of Social Security, Fox News contributor Michelle Fields opined that "we shouldn't just give money to people simply because they are old." 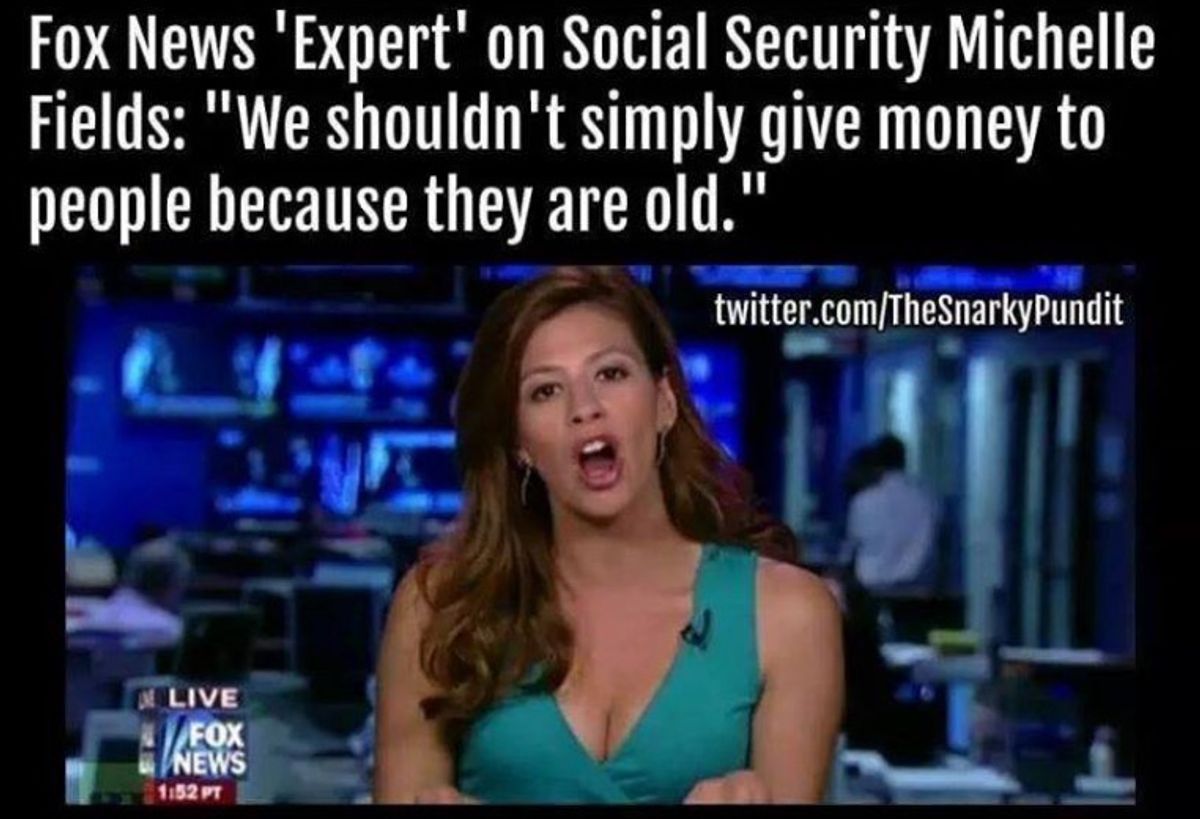 Claim:
Fox News contributor Michelle Fields said that "we shouldn't just give money to people simply because they are old."
Rating:

In August 2015 a meme was shared to the Facebook page "International Community" featuring a screenshot of Fox News pundit Michelle Fields with a graphic overlay suggesting she had stated that "We shouldn't simply give [social security] money to people because they are old": Although the remark was indeed one Fields made during a panel discussion on Social Security, only the second half of her statement was reproduced in the image. Fields wasn't suggesting Social Security be abolished entirely -- she was positing that Social Security funds should be attached to some form of means test so that recipients with greater financial need would have priority: "We should give money to people who need it, who are in need ... we shouldn't just give money to people simply because they are old."

Michelle Fields was a regular panelist on the Fox News weekend program Cashin' In, but she was dropped from the show in March 2016 after filing a police report against Donald Trump's campaign manager, Corey Lewandowski, for assaulting her.

The battery charge against Lewandowski was dropped, and in May 2016 Fields was hired by the Huffington Post to cover Trump's campaign.