Did Michael Strahan 'Say Goodbye' to Gap in his Teeth?

We're not calling the "Good Morning America" host a liar, but a prankster .... maybe. 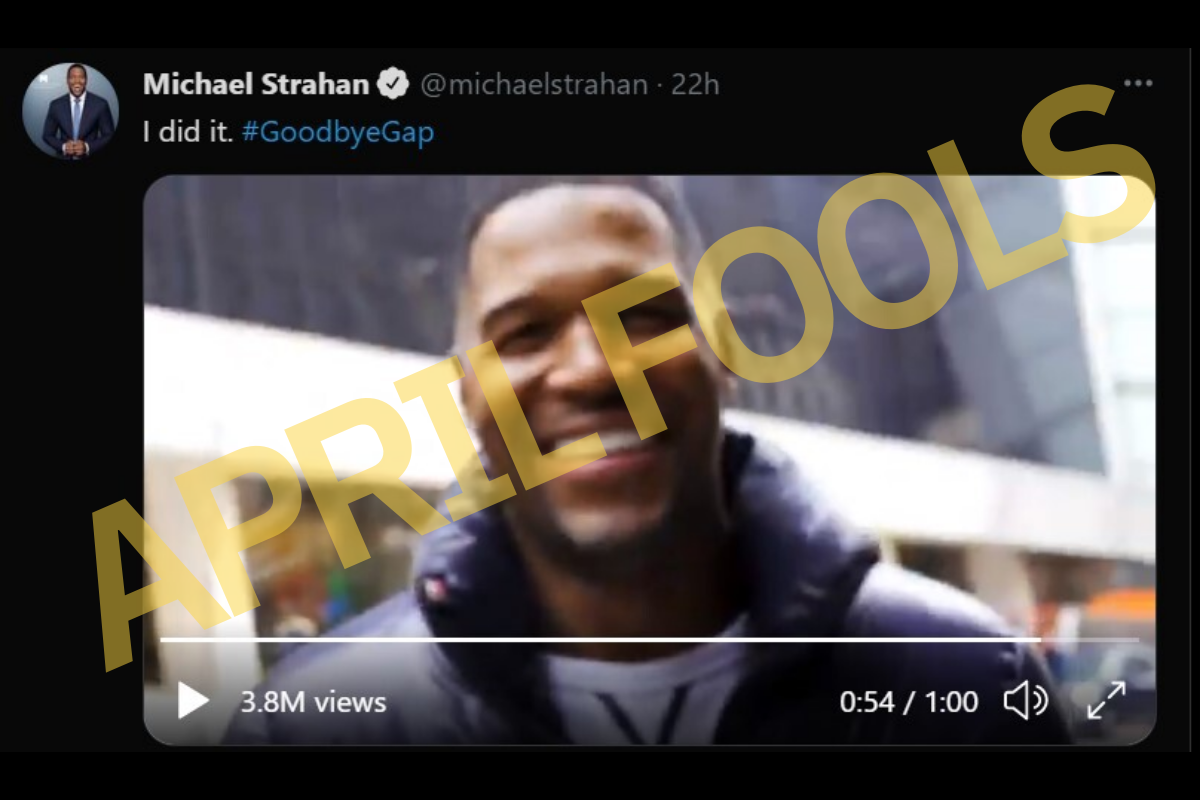 EDITOR'S UPDATE: On April 1, 2021, Michael Strahan revealed that he didn't actually close the gap in his teeth and that this was all just an April Fools' Day prank. The original article continues below Strahan's tweet.

On March 30, 2021, former football player and current co-host of "Good Morning America" -- who has a famous gaptoothed smile -- posted a video on social media that supposedly showed him getting his gap closed by a dentist.

We're not calling Strahan a liar, but a prankster... Maybe.

While this video was truly posted to Strahan's social media accounts, some viewers were skeptical that the television personality truly changed his gaptoothed smile. The biggest reason for skepticism, of course, is that this video was posted less than 48 hours before April Fools' Day.

Another reason for skepticism is that Strahan has repeatedly said in the past that he had no plans on closing the gap in his front teeth. In 2012, for example, Strahan told Elle Magazine that while he had thought about changing the gap in his teeth (he even went as far to have a dentist do mock-ups) he later decided to embrace his imperfections:

ELLE: You're famous for your gap-toothed smile. Were you ever self-conscious about your looks?

MS: I was really close to closing it up. I was at the dentist having him do mock-ups. I thought about it, man.

ELLE: That would be like Cindy Crawford removing her mole.

MS: I was in my twenties. I was playing with the Giants. There's so much pressure to be perfect. You can fix everything now. For me, I made the conscious effort to say "This is who I am." I'm not perfect. I don't want to try to be perfect. At this point, I don't think my kids would recognize me without it. They'd be like, "Who is this stranger in the house? Call 911!"

More recently, Strahan posted a message on Twitter saying that "I rock my gap with pride! It’s who I am!" Although there's definitely reason to be skeptical of this video, this clip does end with a logo from a real dentist's office. Smile Design Manhattan also shared this viral video to their Instagram page.

Smile Design's Dr. Lee Gause told E! News that there are "miraculous" things that can be done with cosmetic dentistry. However, the entertainment news site noted that Gause declined to comment on whether or not Strahan's new smile was permanent.

We were hoping to catch a glimpse of Strahan's "new" smile on "Good Morning America," but he was suspiciously absent from the March 31 broadcast.