Did Michael Phelps Test Positive for Marijuana and Still Compete in Olympics?

The Olympic swimmer's 2009 suspension was back in the news after Sha'Carri Richardson's positive marijuana test. 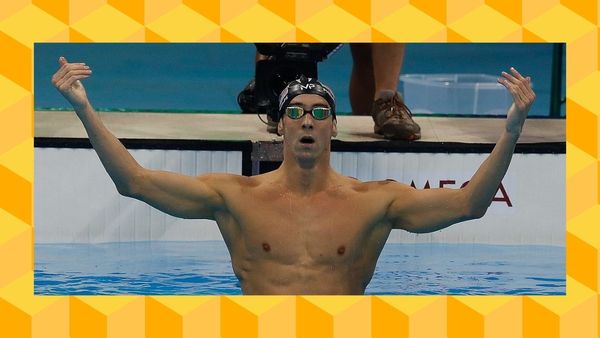 Claim:
Olympic swimmer Michael Phelps tested positive for marijuana but was still allowed to compete at the Olympics.
Rating:

Michael Phelps was suspended for three months in 2009 by USA Swimming after a photograph emerged that showed him smoking marijuana. However, Phelps did not test positive for the drug and the photo was taken months after the 2008 Olympics.

In July 2021, American track and field star Sha'Carri Richardson was suspended for one month and disqualified from the 2021 Olympic Games after she tested positive for THC, a psychoactive chemical found in marijuana. While many social media users criticized the U.S. Anti-Doping Agency (USADA) for even testing for a drug that is now legal in many states and is being used as medication with increased frequency, others drew a comparison between Richardson and another Olympic athlete, Michael Phelps, who was supposedly allowed to compete despite also testing positive for marijuana: But Phelps did not test positive for marijuana.

This rumor is based on a controversy from 2009 when a photograph emerged that showed Phelps smoking marijuana. The Olympic swimmer did not, however, test positive for the drug. It should also be noted that this photograph was taken at a party in November 2008, several months after the 2008 Olympic games had finished.

And while many social media users seem to believe that Phelps received no punishment for this controversy, he was actually suspended for three months and lost a sponsorship deal with Kellogg's cereal.

The Olympic swimming sensation Michael Phelps, who was photographed inhaling from a marijuana pipe, has lost a major sponsorship deal and has been suspended from competition for three months.

Kellogg, the food company, said Thursday that it would not renew its contract with Phelps when their deal expires at the end of February. It would not disclose the value of its contract.

“Michael’s most recent behavior is not consistent with the image of Kellogg,” Susanne Norwitz, a spokeswoman for the company, said in a statement.

These incidents involving Phelps and Richardson do share a few similarities (they both involve Olympic athletes and marijuana), but they are not directly comparable. As noted above, Phelps' drug controversy happened after the Olympic games, not before, and it was a photograph that got him in trouble, not a positive drug test.

Phelps was also suspended for three months, compared to the one-month suspension given to Richardson. Richardson's suspensions feels much more severe, however, as it was handed out shortly before the 2021 Olympic Games and disqualified her from the event. CNN reported:

Richardson had booked her spot at the Tokyo Olympics with a runaway victory in the women's 100m at the US Olympic track and field trials in Eugene, Oregon last month. Due to the positive test, her Olympic trials results were automatically disqualified and she will not be allowed to participate in her signature 100m race at the Tokyo Olympics later this month.

It also seems worth noting that Phelps' marijuana controversy centered around his actions at a house party in November 2008. In Richardson's case, the athlete, who apologized for her actions and said that she wasn't looking for sympathy, said that she smoked marijuana after learning that her biological mother had passed away. Here's a video of Richardson talking about the situation on "Today":

You can read more about Sha’Carri Richardson's suspension here.