Did Michael Jordan Announce a Run for the U.S. Senate? 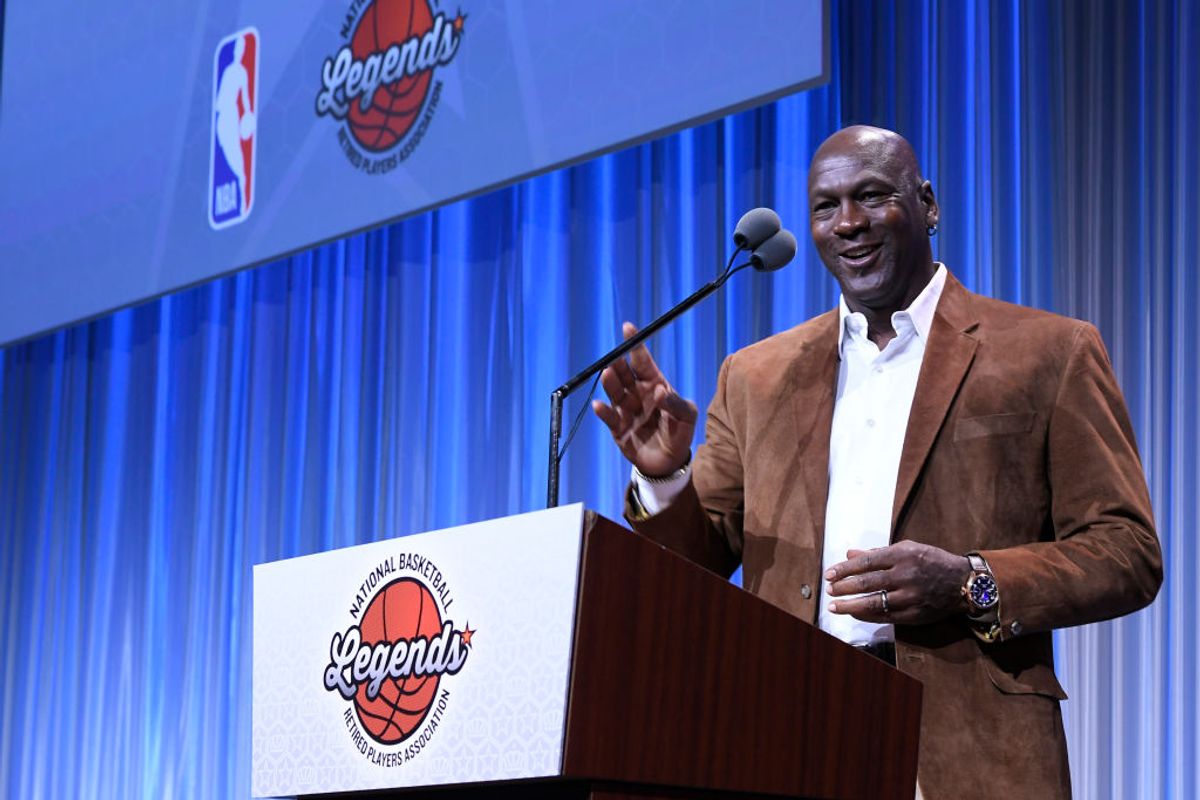 Claim:
In late 2019, NBA star Michael Jordan announced he would run for U.S. Senate as a Republican.
Rating:

On Nov. 6, 2019, WeAreTheLLOD published an article positing that basketball legend Michael Jordan would be running for a seat in the U.S. Senate as a Republican.

"Michael Jordan is Running for U.S. Senate as a Republican"

Michael Jordan has been ruffling Democrat feathers ever since he came out in support of veterans over Colin Kaepernick. He left the Board of Directors of Nike, taking his anti-gravity juice for Air Jordans with him. The company lost $4 billion.

Less than a month ago, Jordan changed his party affiliation. Democrats called him a racist. Now, to ice the cake of Democrat shame, Jordan will be running for the Senate in 2020 — as a Republican. He’ll run against sitting Democrat Senator Stuart Boll.

Nobody with the name "Stuart Boll" is a member of the U.S. Senate, and "Art Tubolls" (falsely identified as Jordan's attorney) is actually an anagram of "Busta Troll," the online alter ego of Christopher Blair, the creator of a network of websites and social media pages that produce content labeled as satire.

WeAreTheLLOD.com.  "Michael Jordan is Running for US Senate as a Republican."   6 November 2019.