Did 23 People Die at a Michael Jackson Concert?

This anecdote about "the most dangerous concert in history" is made up out of whole cloth. 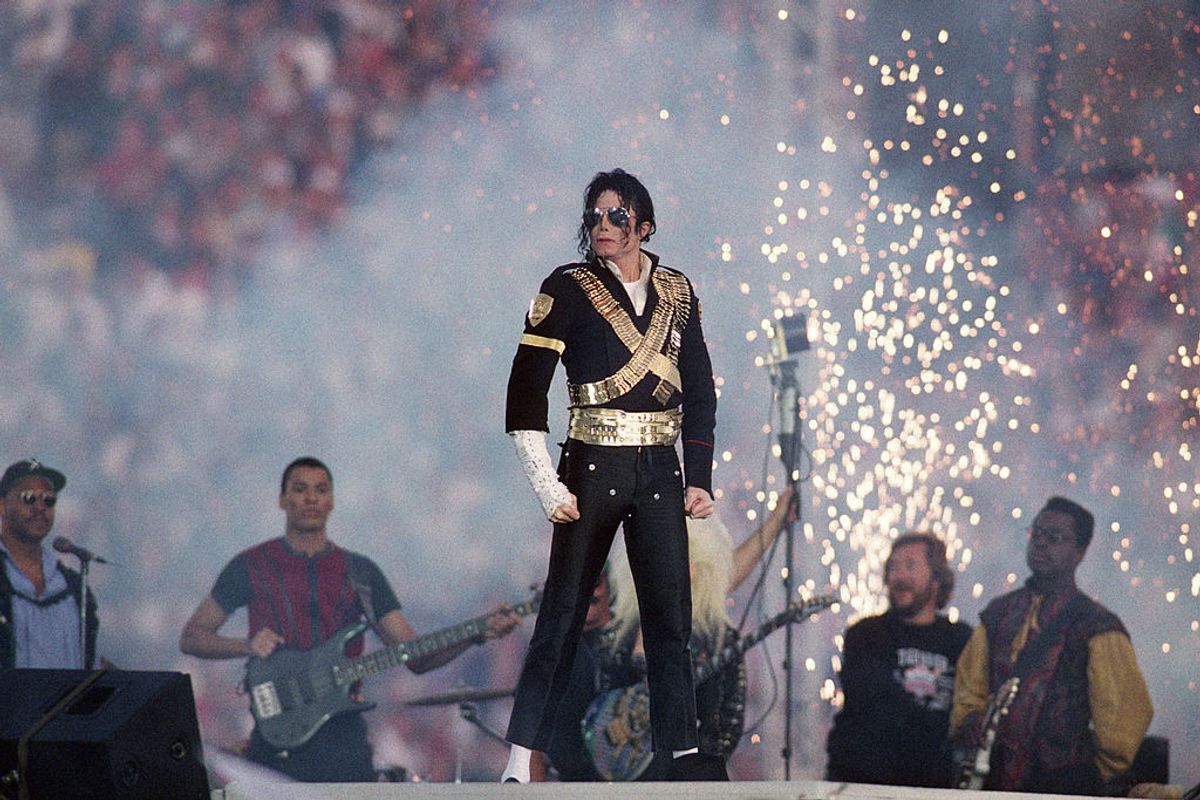 In the days following a deadly and tragic incident at a Travis Scott concert in Houston, Texas, where at at least eight people died and dozens more were injured in a crowd crush, a rumor started making the rounds about "the most dangerous concert in history." According to an internet story, 23 people died in 1992 during a Michael Jackson concert in Bucharest, Romania: We have not been able to pin down the exact source of this anecdote about the "most dangerous concert in history." This rumor has been circulating since at least 2019 and has been promulgated by number of lesser known websites, such as DayDayNews.cc and lujuba.cc. These websites do not link to any primary sources to support their claims. While the details vary from one account to another (one indication that this story is false), the most popular claim is that this deadly event took place in Bucharest, Romania, in 1992.

We have not been able to find any evidence in support of the claim that 23 people died at the late singer's concert in Bucharest in 1992, or any of Jackson's other concerts.

In 1992, Jackson embarked on a world tour in support of his album "Dangerous." Out of the 69 shows Jackson performed during the "Dangerous" tour, the Bucharest show is arguably the most famous, as it was filmed and released on DVD.

Despite widespread coverage of this concert, we have found no evidence that anybody died at this show.

We reviewed a number of newspaper articles published at the time about the show, and found no mentions of anyone's death. We also perused biographies of Jackson, and found no mention of a deadly concert that left more than 20 people dead. Jet Magazine noted in their review of the concert that 20,000 Romanian police officers were on hand to keep the crowd in control. That article, again, made no mention of any deaths. 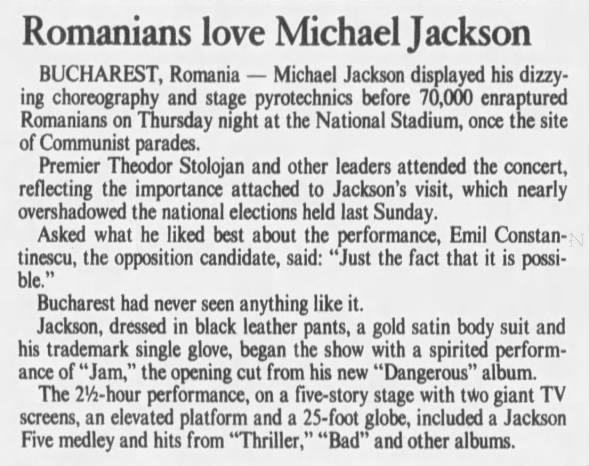 Jackson was one of the biggest stars on the planet in the 1990s. If dozens of people had died at one of his concerts, it would have certainly been headline news. Yet, our searches for genuine news reports on "the deadliest concert in history" turned up empty-handed.

Rogers, Mark B. Who Are You?: A Profound Look at Who You Really Are Versus Who You’ve Been and Why? Be Something Great LLC, 2021.