Did Mia Khalifa 'Expose' Ajit Pai After He 'Slid Into Her DMs'?

Rumors that the former adult actress confronted the Federal Communications Commission chairman on Instagram after he tried to send her flirty direct messages originated in a hoax article. 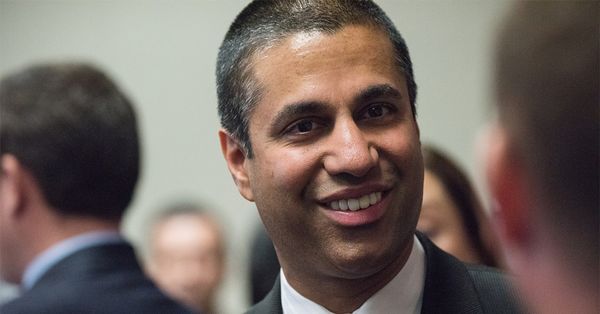 Adult actress Mia Khalifa reportedly exposed FCC Commissioner Ajit Pai via Instagram with a screenshotted post of Ajit Pai sliding in her Twitter direct messages. Although Mia reportedly deleted the post in less than 5 minutes, it gained over 2,000 likes, 300 comments, and was screenshotted by many followers.

Huzlers also claimed to have a screenshot of the exchange: Although Mia Khalifa has a history of publicly shaming people who try to "slide into her DMs" (a humorous meme that involves sending someone a direct message for the express purpose of trying to flirt with them, usually invoking maximum awkwardness) this image does not document a real exchange between Khalifa and Pai.

Huzlers.com is an entertainment web site that does not publish genuine news items. A disclaimer at the very bottom of every page reads:

Huzlers.com is the most infamous fauxtire & satire entertainment website in the world. If it's trending on social media you'll find it here!

This article is not a genuine news story, but it did come close enough to the truth that many people believed (or wanted to believe) it was real, as not only has Khalifa publicly shamed unwanted suitors on social media before, she is also clearly not a fan of Ajit Pai's or the decision to repeal net neutrality.