Multiple photographs purporting to show a border wall between Mexico and Guatemala actually picture barriers in other parts of the world. 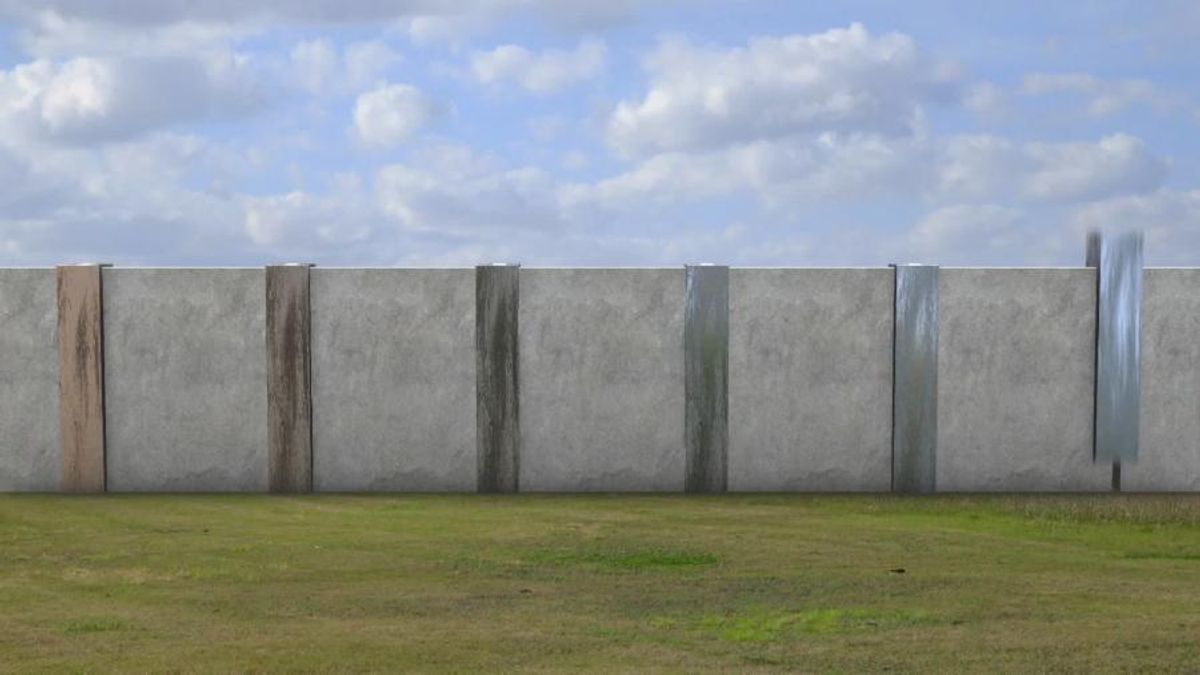 Claim:
Photographs show a border fence between the countries of Mexico and Guatemala.
Rating:

On 26 August 2015, the Facebook group "Americans for Common Sense" posted a photograph purportedly showing a fence built along the border between Mexico and Mexico's southern neighbor, Guatemala. The image was accompanied by a query about why it's not "racist" for Mexico to build a fence to keep Guatemalan immigrants out of their country, but it presumably is for the United States to construct a similar obstruction to prevent Mexicans from crossing the border into the U.S.: The query is moot, and the picture is irrelevant because there is no wall along the Mexico-Guatemala border. Most of that frontier consists of rain forests, mountains, rivers, lakes, or other natural barriers, and few of the sections passable by foot or automobile include any walls or fences:

Residents on both sides of the border circumvent the official border crossing by paying a few pesos to get pushed across the slowly flowing Suchiate River on makeshift inner-tube rafts. The proffered picture displayed above therefore does not show the border between Mexico and Guatemala. Ironically, it depicts a fence along the boundary between the United States and Mexico in southeastern Arizona.

The photograph was taken by Matt Clark and published to the Defenders of Wildlife Blog in 2013. While the image is frequently passed around online in reference to arguments about immigration, Clark originally shared that photograph (and others) to illustrate how a border fence affects wildlife: I once spotted and photographed a family of javelinas on the U.S./Mexico border near the San Pedro River in southeast Arizona. Through my camera lens, I watched the silhouette of an adult javelina cautiously approach the ominous border wall, and stop with a grunt. It was a haunting image. I can't pretend to know what natural instinct brought the javelina to the border that day, but seeing those wild creatures literally cut off from their habitat by a steel wall stretching on for miles beyond sight — it really stuck with me.

Ironically, on a prior visit to this same location, I was guided by a local landowner to a spot where someone had used a simple nylon rope to scale and defeat the wall in seconds. Walls, no matter how tall and well-reinforced, will never succeed in keeping determined people from crossing the border illegally. Sadly though, these same walls will, and do, stop wildlife in their tracks, denying them the territory, resources and genetic exchange they need in order to survive and adapt in the arid environment of the borderlands.

A second similar photograph of a putative border fence between Mexico and Guatemala circulated on social media in March 2016, along with text questioning whether America shouldn't have the same right to build a barbed wire fence (presumably along the U.S.-Mexican border) in order to keep out "freeloaders": That image also had nothing to do with either Mexico and Guatemala: it's actually a picture of a fence that Israel built in 2013 along their border with Egypt (near the Red Sea resort town of Eilat) in order to keep terrorists and illegal African immigrants from crossing into Israel: Yet another iteration of this image circulated in May 2016 included a picture of yet another wall that had nothing to do with Mexico or Guatemala, but was instead a photograph of a portion of the Israeli West Bank barrier: