Is Mexico Providing Charter Buses to Transport Caravan Migrants to the Border?

Sketchy reports claimed the thousands-strong migrant caravan was being chartered to the U.S. border by tour bus. 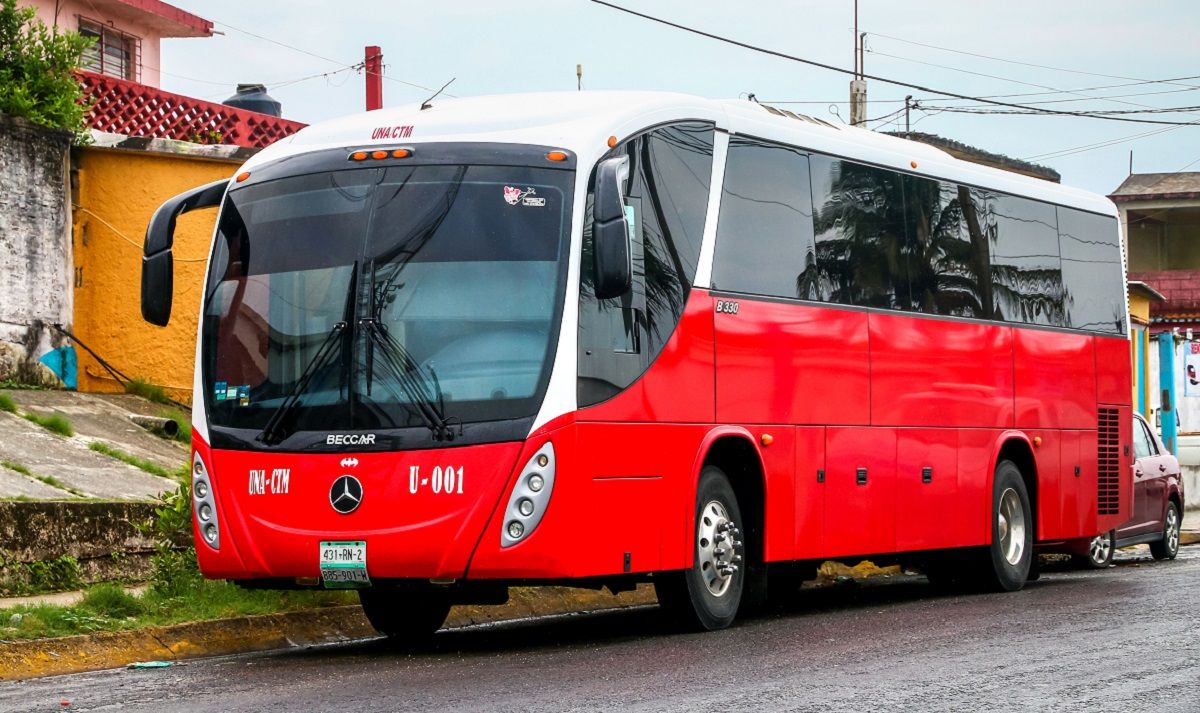 On 30 October 2018, conservative blogs reported with ambiguous headlines that the Mexican government was assisting a migrant caravan originating in Central America with their trek toward the U.S. by providing them with "charter buses." The federal Mexican government has never done so, and although the migrants have been given sporadic bus transport, they have made the vast majority of the journey on foot or by hitch-hiking.

The reports were cribbed from a dispatch by Fox News reporter Griff Jenkins, who was on the ground in Oaxaca, a state in southern Mexico. The reports were exaggerated, but unsurprisingly they spread like wildfire on social media, leading some readers with the mistaken impression that the Mexican government was streamlining the migrants' passage with by offering them bus transportation straight to the border.

Fox News reporter Griff Jenkins reported from Mexico that the thousands-strong migrant caravan is now being chartered to the U.S. border by tour bus. Jenkins showed multiple professional buses lined up and boarding migrants to take them to their next destination on the path to the American border ...

A second blog, RedState, took the claim a step further and outright claimed the Mexican government was providing:

According to Fox News, the migrants are being loaded onto professional charter buses being provided by the Mexican government in order to expedite some of the migrants to the border.

Since setting out from Honduras on 12 October 2018, the migrant caravan had been the source of non-stop pre-midterm election fear mongering. But the Mexican government, under intense pressure from the Trump administration to stop the caravan, has done more to hinder than help them, said Pedro Rios, San Diego program director for the American Friends Service Committee.

Mexican police have threatened bus drivers who volunteered to take migrants from one stop to the next with charges of human trafficking. Police have also forced migrants to disembark from paid minibuses, citing obscure safety regulations. They have also been forcing migrants off trucks and other vehicles that have allowed them to hang on or crowd inside for rides.

Jenkins was reporting from the town of Santiago Niltepec in Oaxaca state, and although he made note of buses standing by for migrants there, it was unclear whether the town of Niltepec, the state of Oaxaca, or some other third party had helped secure the buses:

At the time of his report, Jenkins said only 11 "volunteer" buses were present and that "you would need upwards of 80 or more buses to actually move everyone." The buses, he said, were intended to transport women and children from Niltepec to the town of Juchitán de Zaragoza (a distance of about 33 miles), with the ultimate goal of going on to Mexico City (about 464 miles from Niltepec):

Let me show you something new that's developing here, and that is, we've see the 4,000-or-5,000-strong caravan walking to the border, but it seems now they're doing more of waiting for a ride to the border. This is the first time I've seen here an organized bus operation from the state of Oaxaca actually getting volunteer buses to put people and load onto and take them to their next location.

And that's fairly significant now because these towns that continue to help them when they began this way back a week or so or more when the Mexican police were trying to dissuade them from coming across the Guatemala-Mexican border. It seems now some of the at least Mexican towns are really assisting them to make their way now. There's been a little bit of tensions on some of these because they're trying to get the buses for women and children primarily but in many cases the husband's with them, or the father, and they don't want to be separated.

Rios told us the buses were likely secured through an agreement between the Oaxacan government and private charter companies, but as has been the case for the large part of the migrants' journey through Mexico so far, it wasn't long before the promise of bus transportation to ferry them along dangerous routes was scuttled, as the Associated Press reported: "The larger group had tried to arrange bus transport from Juchitan, but failed, leaving them once again on foot, hitch-hiking and looking for rides where they can find them."

Just days later, the hope for buses was again dashed when Veracruz Gov. Miguel Angel Yunes quickly reversed course and reneged on an offer to provide transit from Veracruz to Mexico City. Another plea for buses, this time made to the United Nations on 8 November 2018, was rejected, and the migrants struck out on foot from Mexico City to continue their journey north.

Caravan organizers have asked for buses largely because the dangerous nature of some of the routes leaves migrants vulnerable to crimes such as kidnapping. Although they are traveling in large groups for safety, as many as 100 people, including children, who were traveling with the caravan are now unaccounted for.