Does 2021 Infrastructure Bill Include 'Methane Tax' on Cattle, Pigs?

Republican Congressman Markwayne Mullin said Democratic proposals for a "methane tax" would "run ranchers out of business." But do his claims stack up? 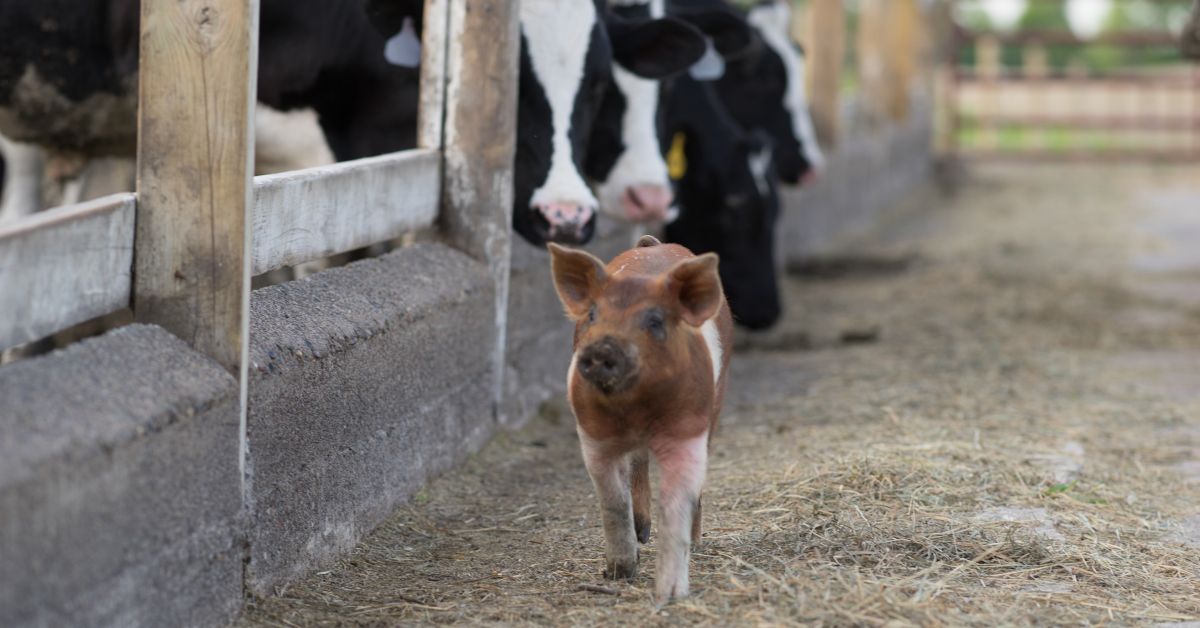 Claim:
The Build Back Better Act of 2021 included proposals to introduce a "methane tax" that would equate to $2,600 per head of cattle and $500 per head of swine.
Rating:

In October and November 2021, readers asked Snopes to examine the accuracy of social media posts that claimed that the Build Back Better Act, a major budget and infrastructure bill, contained a "methane tax" of around $2,600 per head of cattle, and around $500 per swine, per year.

The post contained a photograph of a column written by U.S. Rep. Markwayne Mullin, a Republican from Oklahoma. In the column, which was also posted to his website on Sep. 22, Mullin claimed that:

In an attempt to eliminate fossil fuels, this legislation [the Build Back Better Act] would impose a “fee” on all methane emissions, including in our agriculture industry. We all know that a fee is just a tax and that consumers are the ones who will pay for it. The tax is estimated to cost $6,500 per dairy cow, $2,600 per head of cattle, and $500 per swine each year. That is more than what the animals are worth, it’ll run ranchers out of business. Mullin's description of the provisions of the bill was inaccurate, as were the numerous social media posts based on it. At the time those claims were made, and as of Nov. 2, 2021, the Build Back Better Act did not contain a tax or fee on methane that would equate to thousands of dollars per head of cattle, or hundreds of dollars per head of swine. As a result, we are issuing a rating of "False."

What the Build Back Better Act Says

H.R. 5376, the Build Back Better Act, is a 2,468-page budget and infrastructure bill, and has been the subject of intensive negotiations during the fall of 2021. Section 30114 of the legislation provides for a "methane fee," but it applies only to "petroleum and natural gas systems," and not the agriculture sector. Therefore, Mullin's claim — that "this legislation would impose a 'fee' on all methane emissions, including in our agriculture industry" — is false.

A spokesperson for Mullin told Politifact that the congressman was referring to an amendment to the bill, proposed by Republicans in the House Energy and Commerce Committee, which would have explicitly stipulated that the methane fee does not apply to agriculture. Democrats voted down that proposal, on the basis that the text of the legislation already explicitly stipulated that the fee related only to oil and gas production.

While expressing concern about hypothetical future actions on the part of the Environmental Protection Agency (EPA), the spokesperson effectively acknowledged that the Build Back Better Act does not currently do what Mullin claimed it did: "While the language specifies the oil and gas industry, it also references EPA’s greenhouse gas inventory and leaves too much room for the EPA to expand its regulatory reach."

The same spokesperson also told Politifact that the key figures from Mullin's op-ed — "$6,500 per dairy cow, $2,600 per head of cattle, and $500 per swine" — came from an analysis prepared by the American Farm Bureau Federation (AFBF). However, the AFBF later issued its own news release, clarifying that the analysis was conducted in order to address an entirely hypothetical question, namely what the effect of a methane tax would be if it were applied to the agriculture industry — a proposal that no participants in Congressional negotiations have so far made.

Over the summer, American Farm Bureau economists conducted an analysis, at the request of Congressional committee staff, to determine the potential impact if agriculture were to be included in legislation imposing such a tax. We did so based on the formula set forth in legislative proposals that impose a methane tax on the oil and gas sectors.

...While we oppose any tax on methane, Farm Bureau is grateful to lawmakers for recognizing the thin margins in agriculture and that such a tax would undoubtedly put family farms out of business. We are especially grateful to the Senate for passing an amendment that specifically exempts agriculture.

That Senate amendment was one proposed by U.S. Sen. Joni Ernst, R-Iowa, and passed by a vote of 66-33 on Aug. 10. It prohibited "the imposition of new Federal methane requirements on livestock."