A fake news article claimed that the band Metallica filed a lawsuit against an 8th-grader for drawing the band's logo on his notebook. 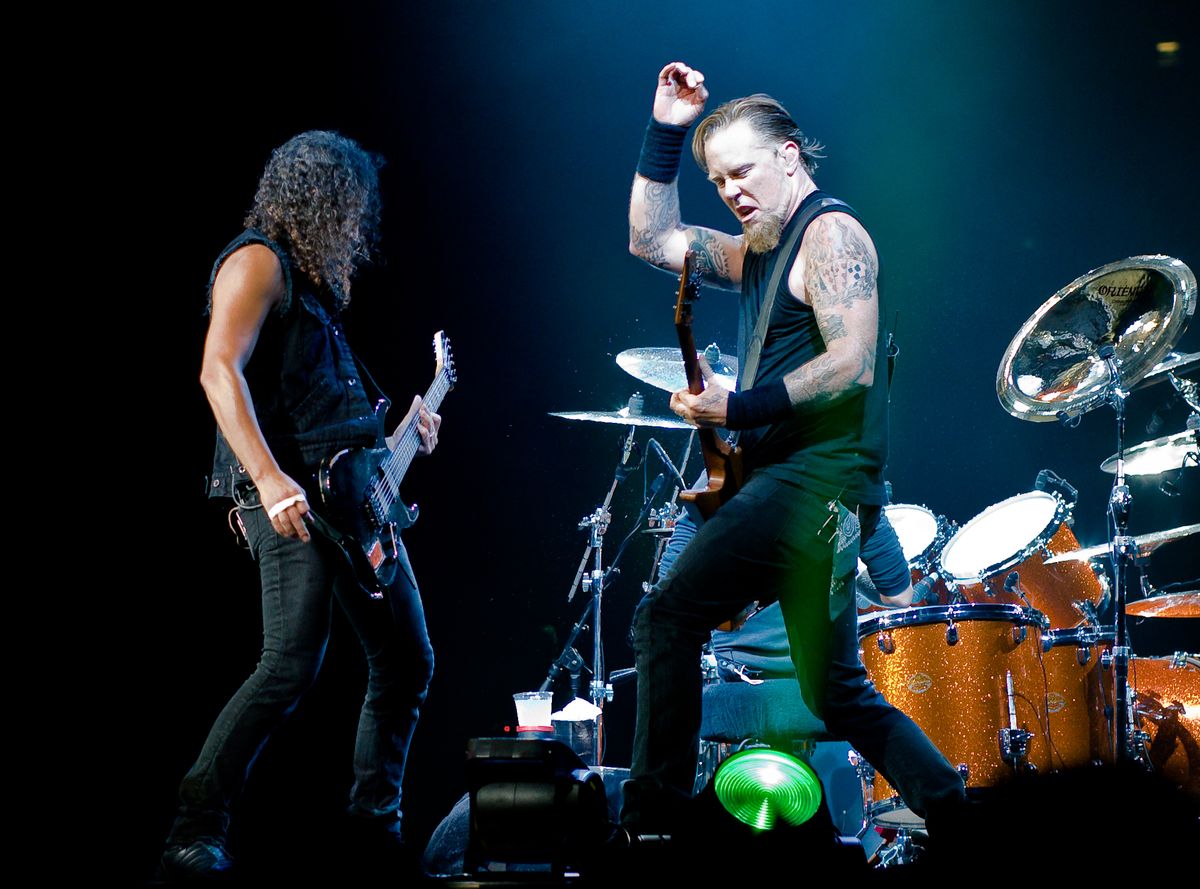 Claim:
Metallica sued an 8th-grade student for drawing the band's logo on his notebook.
Rating:

On 18 January 2016, the web site The Hard Times published an reporting that the heavy metal band Metallica had filed a lawsuit against a middle-school student for using their logo without permission:

The case against 13-year-old Willy Yang was filed after the band discovered a photo of the notebook in question on Yang's Instagram account with the caption "No one listens to REAL music anymore #metallica #entersandman #boredatschool."

"We've been keeping on eye on Mr. Yang for quite some time," said Metallica drummer Lars Ulrich in prepared remarks. "He knows he looks like an innocent little kid and he uses that to his advantage. But this isn't the first time he has infringed on Metallica's intellectual property. Just last month he used some of our lyrics in an essay about Ernest Hemingway. This shows a pattern of plagiarism and disrespect for U.S. copyright law, and we will seek damages."

The above-quoted story is a work of fiction. The Hard Times bills itself as a "satire" web site that specializes in fake music news:

The Hard Times is a very real punk news site that you should not question. Just absorb the information as truth and move on. The historic satire site was founded in December 1982 at 171A studios while the founding members were eating broken glass with The Bad Brains. It’s made by a group of punk and hardcore kids from all the different sub-genres of the DIY hardcore scene. Any resemblance to actual persons or band names is coincidental. We love hardcore. None of this is done with hate.

While it's true that Metallica was famously involved in a 2000 lawsuit against the peer-to-peer file sharing service Napster, the band has not sued an 8th-grader for drawing their logo on his journal (or anywhere else).