Are These Pieces of Metal Engineered to Fit Together 'Perfectly?' 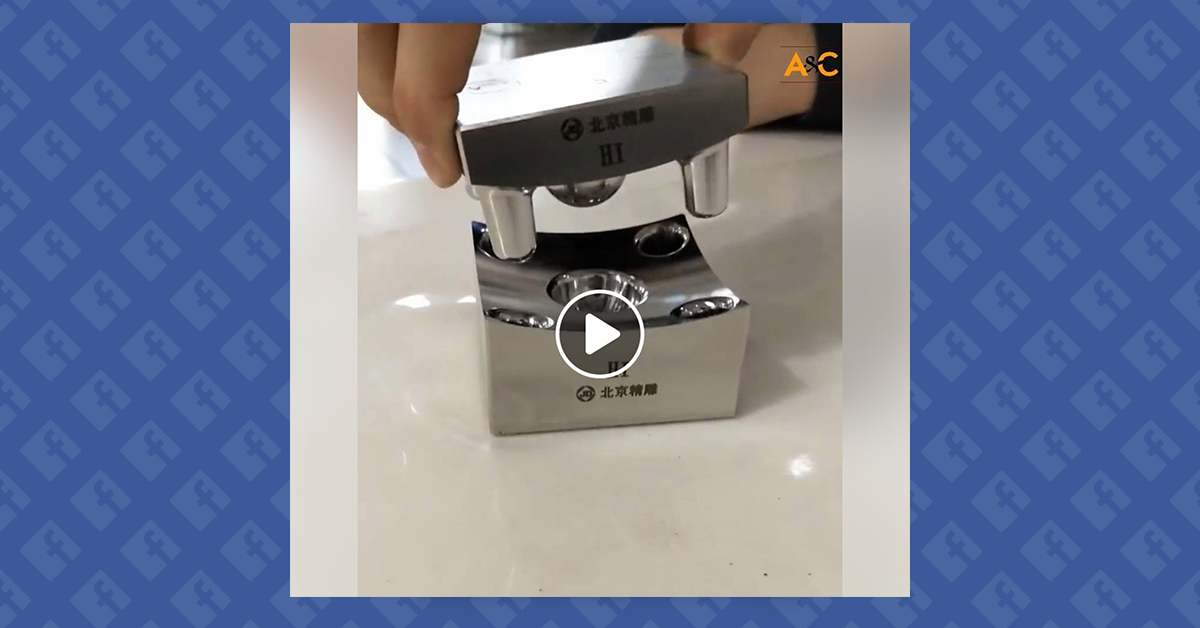 Claim:
A video shows metal pieces that fit together so well that they appear to be single unmodified blocks of metal when combined.
Rating:

In late March 2019, a video that showed several metal objects with finely interlocking pieces engineered to combine into what looked like a single, seamless block of metal dazzled the internet. The video went viral on several platforms, including Facebook:

Though some viewers were quick to attribute the videos to computer-based special effects, these clips are actual demonstrations of the precision of a Chinese company’s machining tools. That logo of that company, named Jingdiao (or JD), is present on all the objects displayed in the viral videos. JD produces high-speed, high precision, CNC (computer numerical control) machines that allow for the creation of tiny parts with features finer than a micron:

For comparison, the thickness of a human red blood cell is in the ballpark of one micron. Many of the clips featured in the viral videos appear to have their origin in official company promotions. For example, the YouTube page for Jingdiao North America, Inc. posted this clip, featured in the viral longer collection, on 1 February 2019:

We have reached out to Jingdiao for more background on these demonstrations, and we will update our post if we receive a response from the company.