The claim that the musician Future is the "love child" of Streep and Freeman originated from an Internet meme. 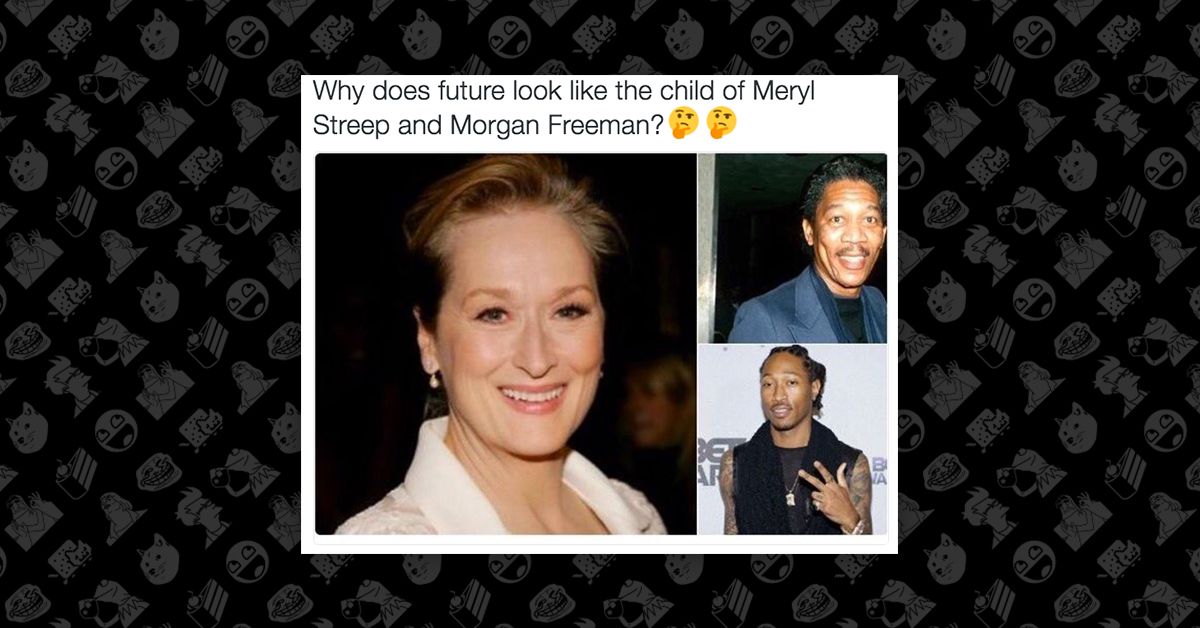 Some time in April 2016, social media users began sharing a set of three photographs depicting Oscar-winning actors Meryl Streep and Morgan Freeman and rap artist Future, claiming that Future looked like an amalgam of both Streep and Freeman. The meme apparently started as a Twitter joke, but as such things tend to do, it passed seamlessly from Internet joke to rumor.

The meme originated in 2015, when social media users noticed that Future and Streep share certain facial features, including high cheekbones, strong noses and similar smiles. At that time, the iteration of the joke was that Meryl Streep and Future were the same person:

My friends just asked if I want to go see Future & I said yeah I like Meryl Streep pic.twitter.com/8FUeGSDsyR

Since then, some have added pictures of other celebrities with similar bone structure, including "House of Cards" actor Mahershala Ali and retired NBA player Scottie Pippen.

According to available biographical information, Future, whose real name is Nayvadius DeMun Wilburn, was born in 1983 and raised in Atlanta, Georgia. (Streep has been married to sculptor Don Gummer since 1978, and articles about Streep's personal life generally characterize it as stable.)

We found no evidence to support the claim that Streep is the biological mother of Future due to an extra-marital affair with Freeman. In fact, the meme seems to have started as a joke playing off similar facial features shared by the celebrities, and as memes do, caught on and circulated around the Internet for the sole sake of social media users' amusement.

Webber, Stephanie. "Meryl Streep Really Looks Like Future, and It Will Make Your Jaw Drop: Hilarious Reactions!" Us Weekly. 20 October 2015.

Iley, Chrissy. "Morgan Freeman: Fatherhood Didn’t Change Me – I Was Too Busy Acting." The Telegraph. 21 September 2014.