Don't let these seasonal parodies string you along. 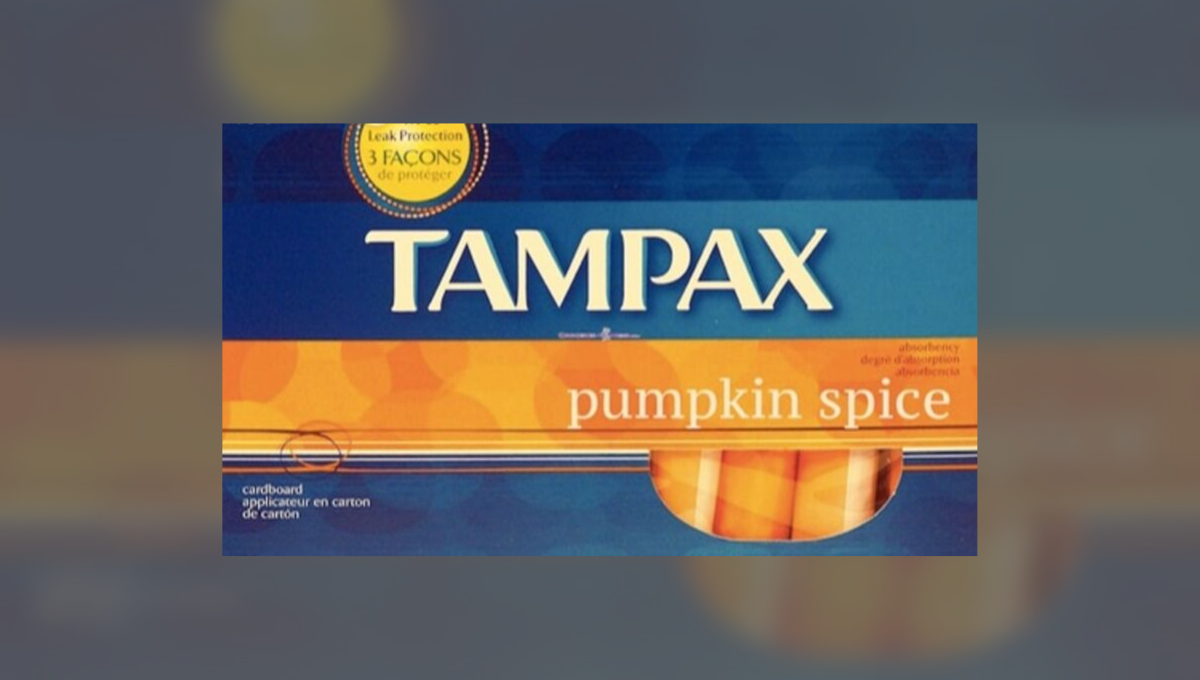 In a case of a humorous image getting separated from its original context and being circulated without attribution, rumors have been spreading of Tampax "Pumpkin Spice Tampons."

Has Tampax come out with a pumpkin spice Tampon? DPumpkin spice everything has become common with the arrival of autumn, and the parody appears to have gone over the heads of a consumer base inundated by many such items each fall season.

While various pictures of Pumpkin Spice Tampax boxes are in circulation, the idea originated with a BuzzFeed post titled Spice Products That Don't Exist and Should Never Exist." One of the most commonly circulated images accompanied a post to the official BuzzFeed Twitter feed:

The Pumpkin Spice Tampax rumor closely resembled a similar tale that Durex was introducing pumpkin spice condoms. That, too, was a parody.