Did Merriam-Webster Change Definition of 'Anti-Vaxxer' Amid COVID-19?

The dictionary came under fire in May 2021, but did the claims against them check out? 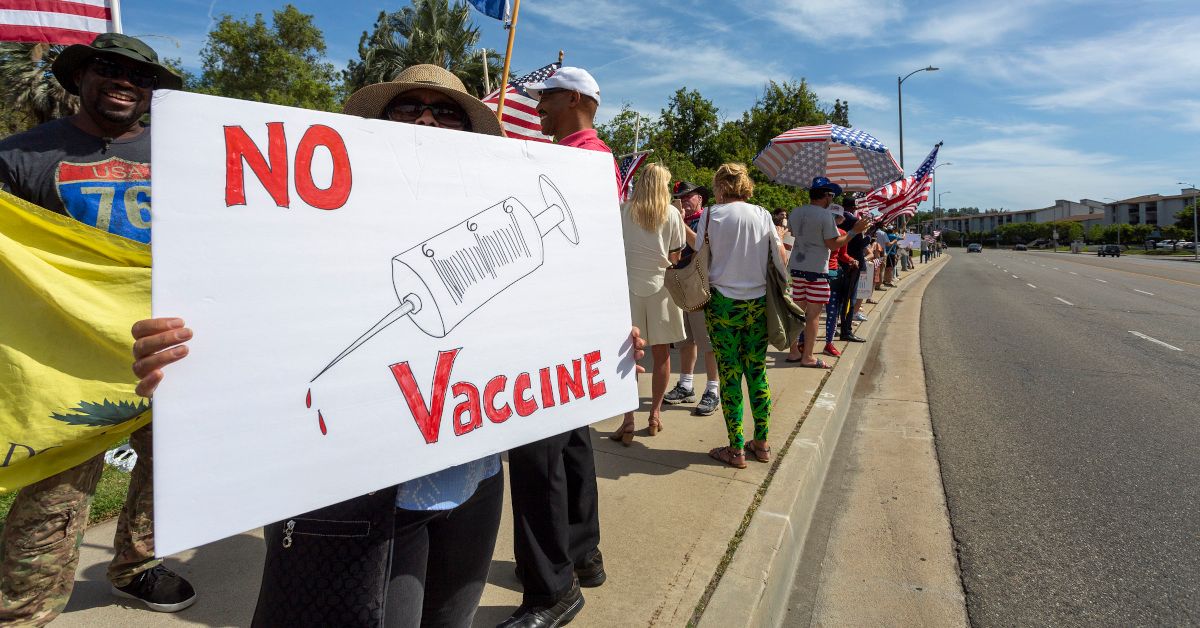 Claim:
Merriam-Webster changed or expanded its definition of "anti-vaxxer" in 2021, in light of the COVID-19 pandemic.
Rating:

In May 2021, a slew of social media posts and online articles made outraged claims that, in light of the COVID-19 pandemic, Merriam-Webster had changed and expanded its definition of the word "anti-vaxxer," to now mean "a person who opposes vaccination or laws that mandate vaccination."

On May 12, for example, Western Journal — a right-leaning website with a track record of distortion and misrepresentation — wrote that:

The Merriam-Webster dictionary apparently stealth-edited its definition of the term “anti-vaxxer” to now include people who are opposed to forced vaccinations, and presumably the coronavirus vaccine, in particular.

...Prior to this week, the definition for anti-vaxxer had never been used to smear people who are hesitant to take a hastily-created vaccine which many people want to be forced on everyone by the federal government. But with a few keystrokes, Merriam-Webster’s page on the anti-vaxxer is now implying that people who approve of the wonders of vaccines and medical science, but don’t want their neighbors forced to take shots under the threat their liberties will be taken away from them, are quacks in need of reprogramming.

While Western Journal claimed the purported change took place "this week" — that is, the week of May 12 — several others referred to the change as "new" or as being in effect or having taken place "now" — that is, very recently.

For example, the English conspiracy theorist Paul Joseph Watson wrote: "The full definition of ‘anti-vaxxer’ now states, 'a person who opposes vaccination or laws that mandate vaccination.'" On Twitter, @Breaking911 wrote: "NEW: The Merriam-Webster dictionary has changed their definition of 'anti-vaxxer'..."

On Facebook, several others claimed that Merriam-Webster had "just" updated or expanded their definition of "anti-vaxxer," or otherwise referred to a recent change, in the context of the COVID-19 pandemic.

Still others decried an update or change to the dictionary's definition of the word, without explicitly stipulating that that change had taken place recently, though it would be perfectly reasonable for readers to presume as much. For example, English rapper and podcaster Zuby posted a widely-shared tweet which claimed that "The Merriam-Webster dictionary has changed their definition of 'anti-vaxxer' to include 'people who oppose laws that mandate vaccination'. Welcome to 1984. This is The Ministry of Truth."

Similar claims were made by the right-wing Young America's Foundation, and in articles published by the Russian state-backed website RT.com, and the right-leaning website RedState.com.

In reality, Merriam-Webster's definition of "anti-vaxxer" has remained unchanged since it was first introduced in 2018. As a result, the COVID-19 pandemic played no role in the formulation of the dictionary's definition of that word, and no expansion, update or alteration took place in 2021, or at any time. Thus, we are issuing a rating of "False."

As of May 13, 2021, Merriam-Webster's online dictionary defines "anti-vaxxer" as follows: "A person who opposes vaccination or laws that mandate vaccination." The exact same definition was in place in April and January 2021, as well as in 2020, 2019, and 2018.

Peter Sokolowski, editor at large of Merriam-Webster.com, confirmed for Snopes that the word was first added to the online dictionary in February 2018, and the wording of its definition has never been changed.

[Correction]: Merriam-Webster first added "anti-vaxxer" to its online dictionary in 2018, not in 2009, as this article previously stated.