Was a Poll Worker Fired for Stopping Voters in 'Black Lives Matter' Shirts?

Tennessee laws prohibit campaign slogans on clothing at polls, but does BLM count? 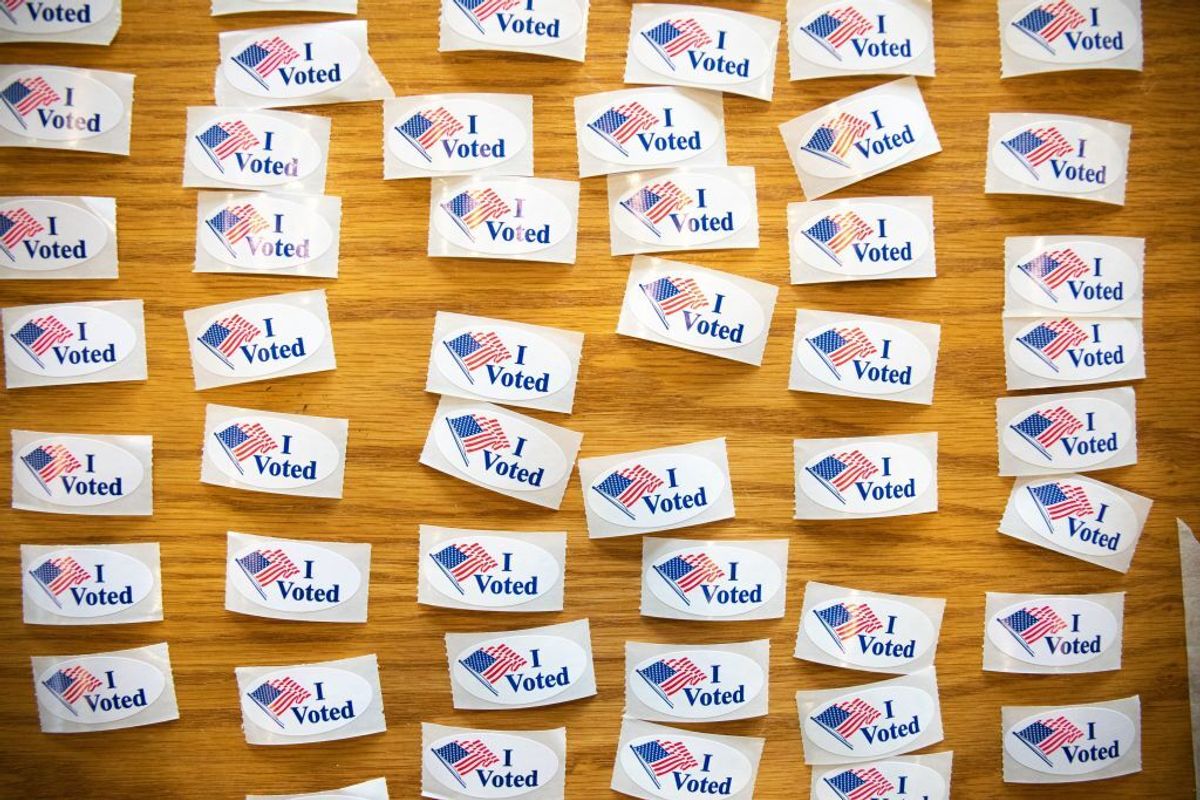 Claim:
In October 2020, an employee at a polling station in Memphis, Tennessee, was fired for targeting early voters wearing shirts with “Black Lives Matter” and other related language, and asking them to remove the messaging.
Rating:

Around mid-October 2020, as voters turned out early to cast their ballots in the November U.S. presidential election, one poll worker chose to ignore what kinds of slogans on clothing were permitted at Tennessee's polls.

According to reports on CBS News and WREG Memphis, Suzanne Thompson, a spokesperson for the Shelby County Election Commission, confirmed that a poll worker in Memphis, Tennessee, was fired after stopping an unspecified number of voters who were wearing shirts or masks that read “Black Lives Matter” and “I Can’t Breathe.” The specific incident that led to the firing occurred when the worker had asked a voter to turn a shirt inside out to conceal the slogan at the polling place. The week prior, during other instances, the polling worker was seen telling multiple people that they had to turn their T-shirts or masks inside out if they said "Black Lives Matter."

But what are the rules in Tennessee? According to state law:

Within the appropriate boundary as established in subsection (a), and the building in which the polling place is located, the display of campaign posters, signs or other campaign materials, distribution of campaign materials, and solicitation of votes for or against any person, political party, or position on a question are prohibited. No campaign posters, signs or other campaign literature may be displayed on or in any building in which a polling place is located.

It’s standard protocol for poll workers to ask someone wearing a shirt with the name of a political candidate on the ballot to turn it inside out when inside the polling place, Thompson said. But Thompson confirmed to the news media that “Black Lives Matter” and its related slogans like “I Can’t Breathe” were not political messages, and so this rule would not be applicable to them. She described the poll worker as expressing his belief that “Black Lives Matter” and “I Can’t Breathe” were “political statements connected to the Democratic Party.”

After the latest incident, the worker was fired on the spot. According to election administrator Linda Phillips, the poll worker was warned several times about the rules surrounding political slogans at the polls, but ignored them. “He was given very clear instructions. He was given clear instructions the next day and again didn’t pay attention to them. So he was terminated,” she said.

There was also some confusion as to what the slogan was that led to the poll worker’s firing. State Rep. Antonio Parkinson claimed the voter was wearing a shirt that read “I Can’t Breathe,” though Thompson said an operations manager stated that the slogan was “Black Lives Matter.” Regardless, the rule would not have applied to either.

In light of statements from the election commission confirming this incident and widespread news media coverage on the incident, we rate this statement as “True.”