The picture does show a homeless encampment in California, not too far from San Francisco. 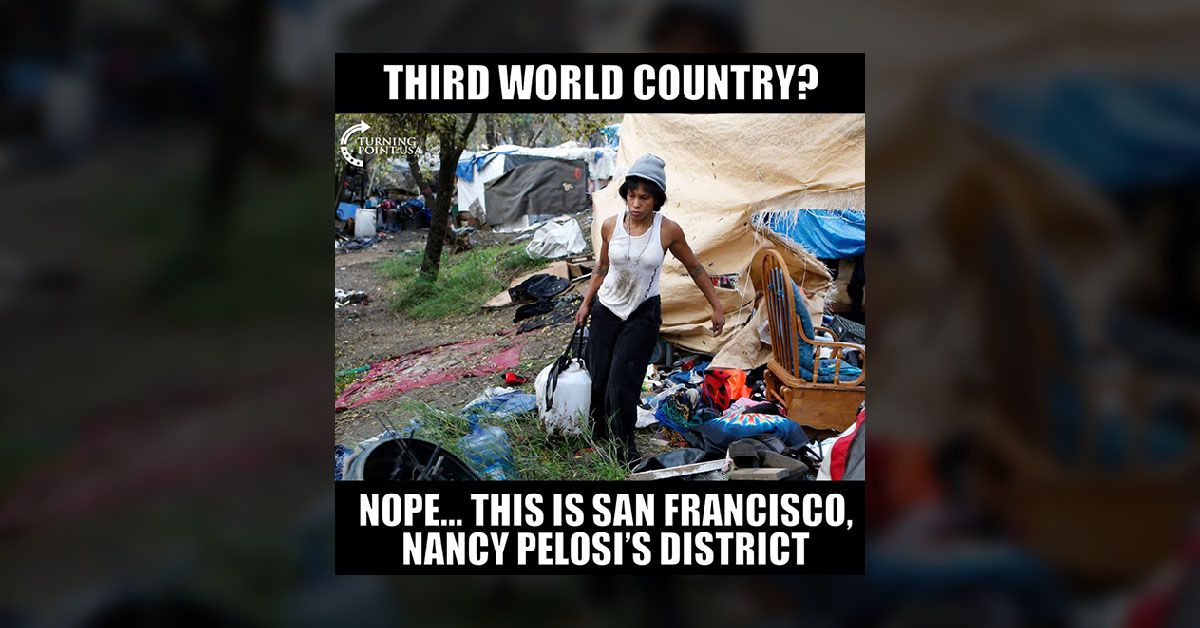 However, the picture above was not taken in San Francisco. It's a Reuters image taken at a homeless encampment in San Jose, California, which is about 55 miles southeast of San Francisco. Pelosi does not represent San Jose (the city lies in the district of another Democratic congresswoman, U.S. Rep. Zoe Lofgren).

Although the meme was originally posted on March 27, 2018, it continued to circulate as of this writing. According to the Reuters caption, the photograph was taken on Dec. 4, 2014, just before authorities dismantled the encampment.

According to The Mercury News, the encampment, which was once home to roughly 300 homeless people, has since been transformed into a nature reserve.

That's not to say that California, specifically the Bay Area and San Francisco, doesn't have a severe housing problem. As the cost of housing soars, so does homelessness. But the meme not only gives a false location for the image, it depicts a site that no longer exists. We therefore rate this claim "Miscaptioned."

This is hardly the first inaccurate Turning Point USA meme to go viral on Facebook. In May 2019, for example, the organization posted a photograph of people searching for items to recycle in Indonesia and claimed falsely that it showed Venezuelans eating trash.