An image positing that First Lady Melania Trump again copied words from Michelle Obama while denouncing violence in Charlottesville is likely a spoof. 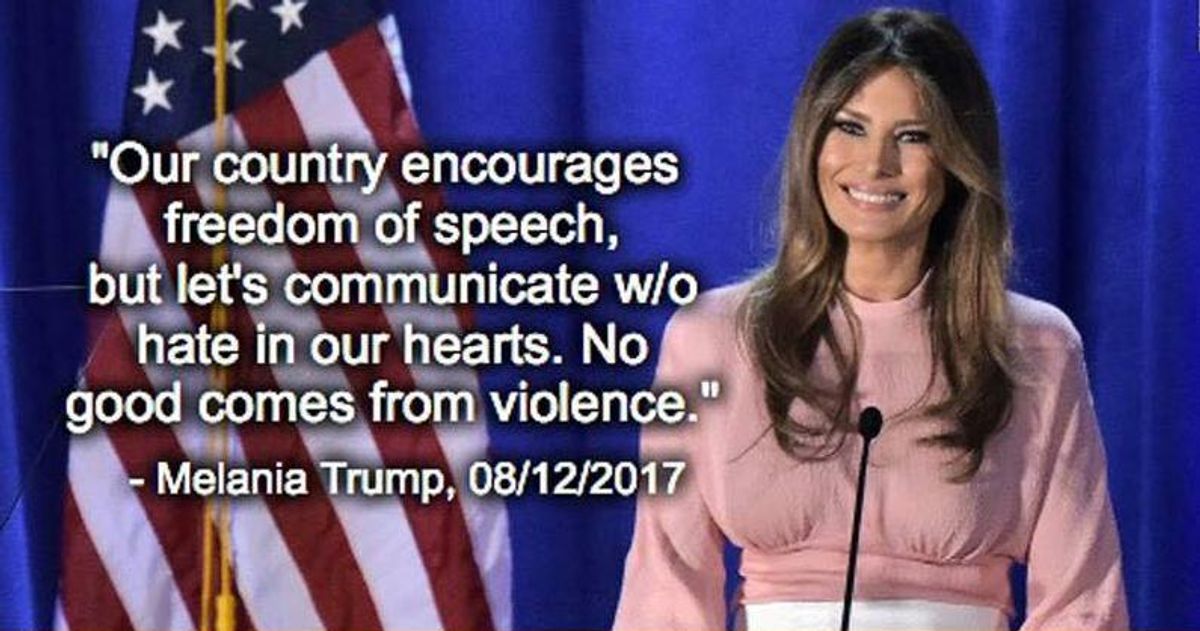 On 12 August 2017, First Lady Melania Trump publicly responded to violent events that had taken place earlier that day at a white nationalist rally in Charlottesville, Virginia, by tweeting the following:

Our country encourages freedom of speech, but let's communicate w/o hate in our hearts. No good comes from violence. #Charlottesville

In mid-2016, Mrs. Trump had been the subject of fierce criticism for delivering a speech before the Republican National Convention which included passages identical in content and specific phrasing to an address given before the Democratic National Convention in 2008 by Michelle Obama. That event prompted a good number of spoof items posted online that played on the idea of various prominent political figures plagiarizing each other's words.

Shortly after the 12 August 2017 statement referenced above was posted to the First Lady's Twitter feed, another image began circulating online positing that Melania Trump had likewise taken those words (without credit) from a comment made by former First Lady Michelle Obama over a year earlier: Although we can't yet absolutely rule out the possibility that Mrs. Obama might at some time have expressed something like the thought attributed to her here, we have found no record of her having done so (on 16 April 2016 or any other day) and suspect that this image is just a spoof of the earlier convention speech controversy.