A photograph showing Melania Trump wearing the 'pirate shirt' featured in a memorable episode of the TV sitcom 'Seinfeld' at the RNC is not real. 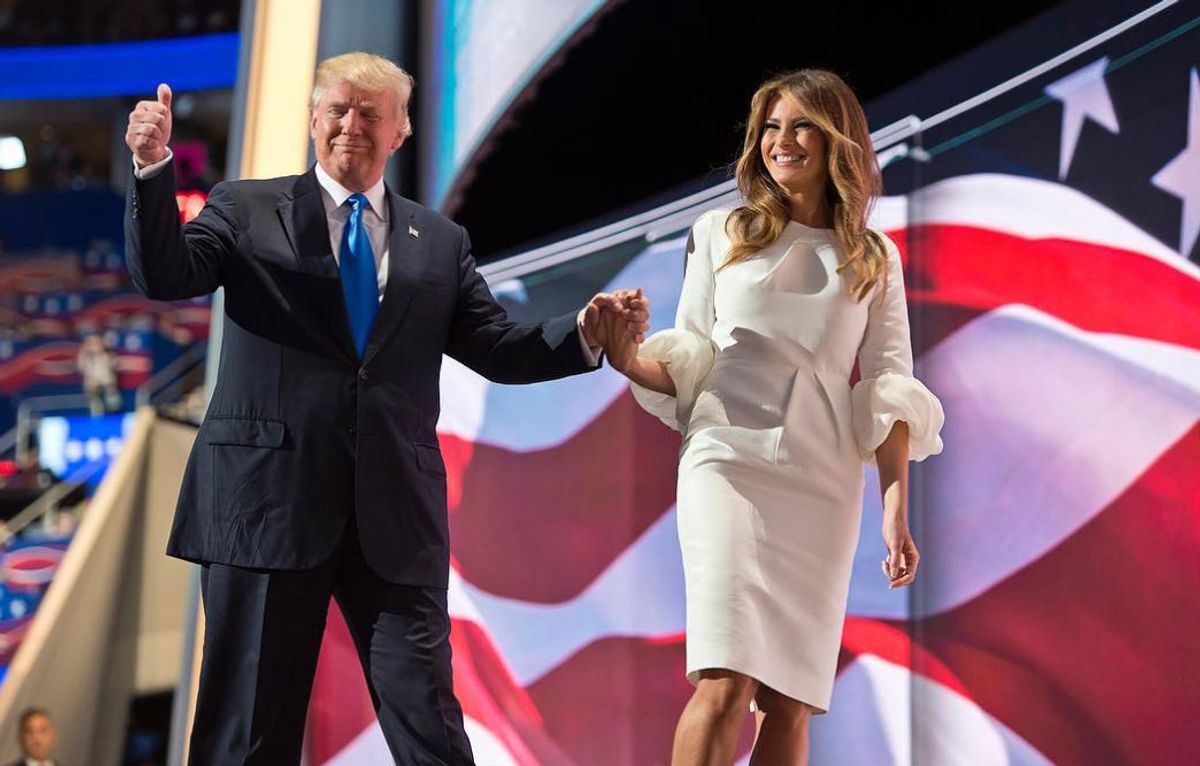 Melania Trump's appearance at the Republican National Convention (RNC) on 18 July 2016 sparked a flurry of rumors, some of these which were true (e.g., a portion of her speech was strikingly similar to one delivered by Michelle Obama eight years earlier), while others were false (e.g., Donald Trump didn't plagiarize his Tweet congratulating Melania on her speech). The most inconsequential rumor from the night, however, dealt with the appearance of Melania's dress.

A photograph purportedly showing Melania Trump garbed at the RNC with an outfit that perfectly matched the infamous puffy "pirate shirt" from a memorable episode of the 1990s sitcom Seinfeld (displayed above) was widely circulated on social media in the days after Melania's convention appearance. This photograph, however, has been altered — while Melania's dress did feature poofy cuffs, the frills on the chest and arms were digitally added to it:

Whatever else Melania Trump may aspire to, it does not appears she wants to be a pirate.