Melania Trump Wore Heels to Visit Texas After a Hurricane?

Melania Trump wore high heels while boarding Air Force One, but the First Lady wore sneakers while meeting with officials in Texas. 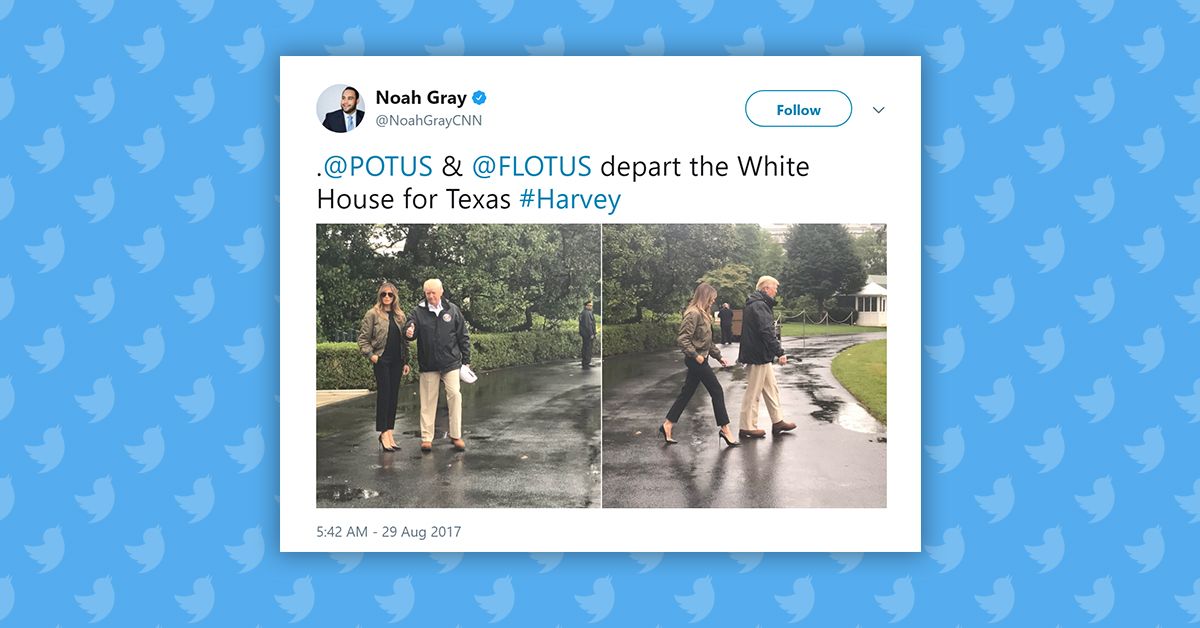 On 29 August 2017, President Donald Trump and First Lady Melania Trump boarded Air Force One and flew to Corpus Christi to meet with Texas Governor Greg Abbot and other officials in the wake of a devastating hurricane:

The images quickly went viral, with many people sharing them alongside comments mocking the First Lady for purportedly choosing high heels for a trip to a disaster area: Amidst the hubbub, some suggested that the First Lady had actually worn her heels in Texas:

Melania Trump did wear heels -- but she wore them in Washington, D.C. as she boarded Air Force One. She changed her shoes on the airplane and wore a pair of sneakers in Texas:

But what a first lady wears to leave the White House, headed to Marine One and then to Air Force One, isn't usually what she's wearing when she gets off the plane later.

By the time Trump arrived in Texas she had changed into white tennis shoes, a white shirt and a black cap with FLOTUS emblazoned on it, and her hair pulled up and off her face.

The White House released a handful of photographs from the visit, only one of which featured Melania's shoes. We cropped that photograph to better display her footwear: Here's another photograph of the First Lady as she disembarked Air Force One in Texas: