Did Melania Trump Wear an 'Exterminate' T-Shirt to a Holocaust Memorial?

A satirical web site left some readers unsure about a fake article that followed a real controversy over the First Lady's fashion choices. 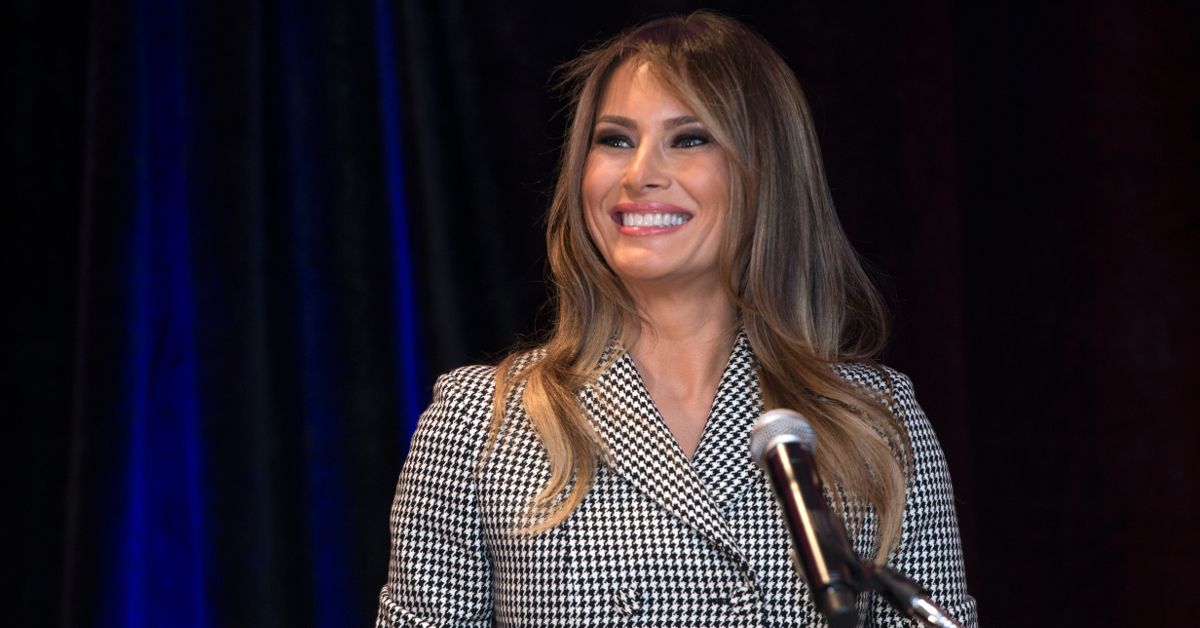 Claim:
On a visit to the Holocaust Memorial in Berlin in June 2018, First Lady Melania Trump wore a Doctor Who-themed T-shirt bearing the word "Exterminate."
Rating:

First Lady Melania Trump prompted bemusement, outrage, and detailed speculation about her intentions in June 2018, when she wore a jacket bearing the message "I really don't care, do u?" while on her way to visit children separated from family members and indefinitely detained under the controversial "zero tolerance" immigration policy implemented by her husband, United States President Donald Trump.

Her spokesperson Stephanie Grisham played down any significance in the words emblazoned on the back of the $39 Zara jacket, insisting "It's a jacket. There was no hidden message." President Trump then contradicted this account, writing on Twitter that the words did indeed have a deeper meaning and were intended as an attack on the "Fake News Media."

Later in the month, the satirical English web site the Rochdale Herald managed to trick some readers into thinking that the First Lady had made an even more questionable fashion choice: wearing a Doctor Who-themed t-shirt with an inflammatory double meaning while on a visit to a Holocaust Memorial in Germany:

Melania Trump is facing yet more criticism today after wearing a Daleks t-shirt during a visit to the Holocaust Memorial in Berlin. Spokes-bigot for The White House, Sarah Huckabee-Sanders, told The Rochdale Herald that there was no hidden meaning behind her decision to wear a t-shirt that says Exterminate to a memorial for six million murdered Jews insisting it’s just a t-shirt.

“It’s just a t-shirt and isn’t supposed to say anything about this administration’s position on the Holocaust, which probably didn’t happen anyway. She doesn’t know what Exterminate means because she’s a foreign and doesn’t speak a word of English. She just likes Daleks, they’re her second favourite genocidal maniacs.”

This is her third clothing gaffe this week after she wore a coat that read “I really don’t care, do you?” during a visit to migrant child detention centre in Texas and an “I’m with stupid t-shirt” to The White House Correspondents’ Dinner.

The Rochdale Herald is a satirical web site which describes itself as "the world's worst local newspaper," and bears the following disclaimer:

The Rochdale Herald is a satirical, spoof, parody commentary on current affairs, and stuff that annoys and amuses us. We make it up and it’s not intended, in any way whatsoever, to be considered factual.

The "Exterminate" article contains elements that are clearly intended to be humorous, such as the description of White House Press Secretary Sarah Huckabee Sanders as a "spokes-bigot," and a joke about Melania Trump's favorite "genocidal maniacs."

Beyond that, the article contains certain details that make its accuracy impossible. Firstly, Trump was not in Germany on 24 June 2018, the date the story was published. She was at a youth organization's conference in Virginia that day, as this photograph establishes.  Also, the article reports that in the same week as the controversy over her "I really don't care, do u?" jacket, Melania Trump was seen wearing an "I'm with stupid" shirt at the White House Correspondents' Dinner. That event took place in April, not June, and Trump did not attend.

LaCapria, Kim.  "Did Melania Trump Wear This Jacket on Her Way to Visit Children Separated From Their Families?"   Snopes.com.  21 June 2018.