“I will not allow incubators of dangerous viruses to come anywhere near my son,” the First Lady supposedly said. 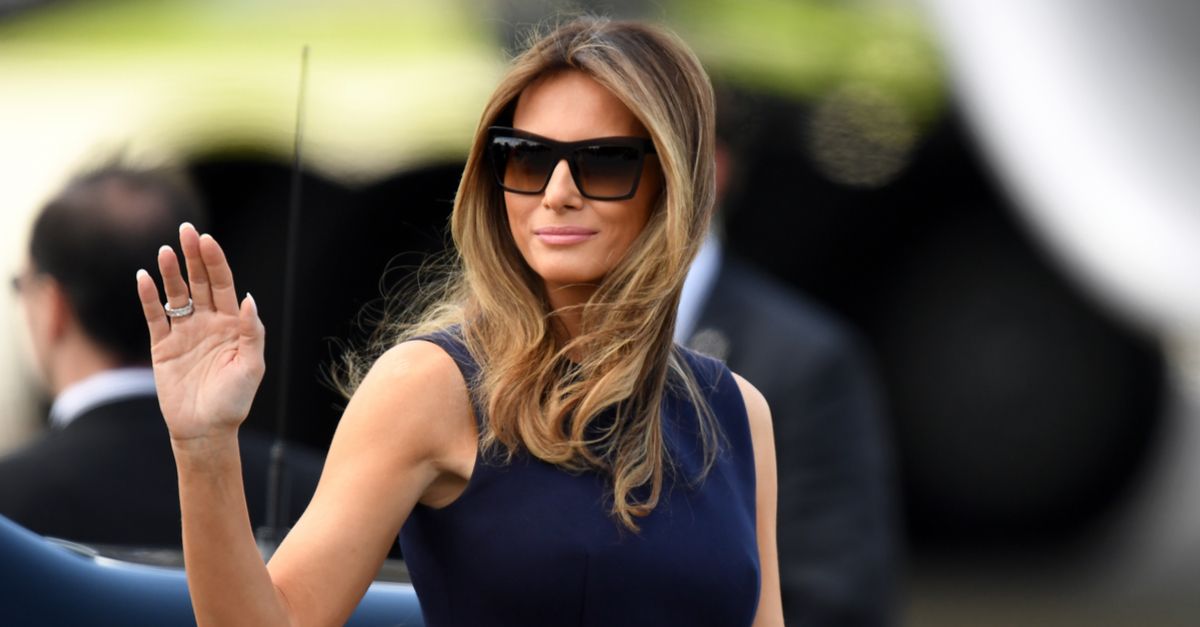 In January 2018, at the height of a severe flu season in the United States, reports emerged that First Lady Melania Trump had supposedly banned members of the White House staff from receiving flu vaccinations. She allegedly issued the order after learning of the "adverse health effects" of flu shots.

These claims turned up on a number of disreputable web sites, but their point of origin was a consistent purveyor of fake news and political disinformation, Your News Wire (now News Punch), who "reported" on 22 January that:

While public debate rages about the safety of this season’s flu shot, Melania Trump says that as far as she is concerned, she won’t have people endangering her son with their “dangerous” flu shot diseases.

“I will not allow incubators of dangerous viruses to come anywhere near my son,” the First Lady said.

After researching the ingredients used in making the flu shot, and becoming concerned about potential negative health effects, including death, Melania Trump said she was “amazed that it [flu shot] is being pushed so hard by the media this year.“

The First Lady, who proudly describes herself as a “full-time mom”, then realized that this year’s flu shot is only 10% effective -- and the flu strains contained in the vaccine may be responsible for spreading serious cases of influenza.

If Melania Trump actually imposed such a ban or expressed such views, it went entirely unnoticed by legitimate news outlets, who would have reported on these alleged actions if they had taken place, especially given the controversial subject matter.

We doubt, moreover, that the first lady has the power to order hundreds of White House employees to forego a preventative medical treatment that the U.S. government recommends that every American six months of age or older receive.

Far from being "pushed so hard by the media" as the article alleges, the recommendation that everyone should get a flu shot is the official position of the Centers for Disease Control and Prevention (CDC), the federal health agency run by Brenda Fitzgerald, a Trump appointee.

According to the CDC web site:

Getting an annual flu vaccine is the first and best way to protect yourself and your family from the flu. Flu vaccination can reduce flu illnesses, doctors’ visits, and missed work and school due to flu, as well as prevent flu-related hospitalizations. In 2017, a study in Pediatrics was the first of its kind to show that flu vaccination also significantly reduced a child’s risk of dying from influenza. The more people who get vaccinated, the more people will be protected from flu, including older people, very young children, pregnant women, and people with certain long-term health conditions who are more vulnerable to serious flu complications.

Among the many other tidbits of flu vaccine misinformation the article trumpeted were the claims that the 2018 variant of the vaccine was only 10 percent effective (false: the CDC said that figure came from Australia and was an interim estimate of its effectiveness against one flu strain only) and that it "may be responsible for spreading serious cases of influenza" (false: the CDC says flu vaccines cannot cause or spread influenza).

In short, like most YourNewsWire articles, this one is entirely fictitious and aimed not at informing the public, but rather at attracting traffic and advertising revenue to the web site. Previous examples in this vein include Melania Trump Bans Monsanto Products From the White House and Bill Gates Admits Vaccinations Are Designed So Governments Can Depopulate the World.