How to 'Make Peace with the Blacks'

Melania Trump did not suggest her husband could "make peace with the blacks" by increasing their food stamp payments. 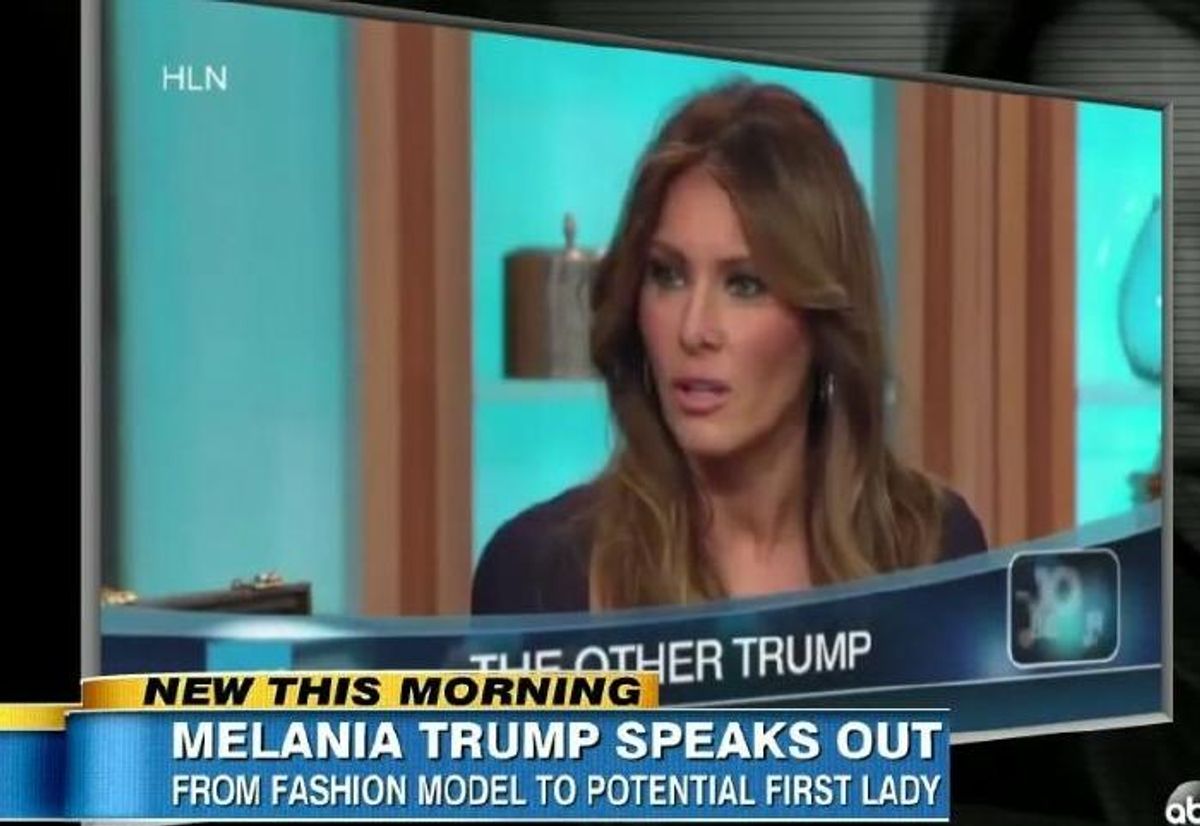 Claim:
Melania Trump suggested her husband could "make peace with the blacks" by increasing their food stamp payments.
Rating:

In July 2016, in the midst of heightened racial tensions over recent high-profile shootings of black civilians by police and of police by black civilians, the above-reproduced image hit Facebook. One the eve of the Republican National Convention that was slated to designate Donald Trump as the GOP presidential nominee, this image posited that Melania Trump had offered the (irredeemably racist) opinion that her husband could "make peace with the blacks" by increasing their food stamp payments, comparing the stratagem to giving bananas to zoo monkeys to quiet them down when they become too noisy.

Melania Trump said no such thing, however, nor anything remotely like it. Although the logo in the bottom right-hand corner of the image suggests that it was posted by, and/or involved a statement recorded by, the Fox News Channel, the logo is actually that of "Fox News the FB Page," the social media presence of a web site that satirizes Fox News by posting fabricated news stories and attributing fake quotes to politicians and celebrities.