Did Mel Gibson Salute Trump at a UFC Event? 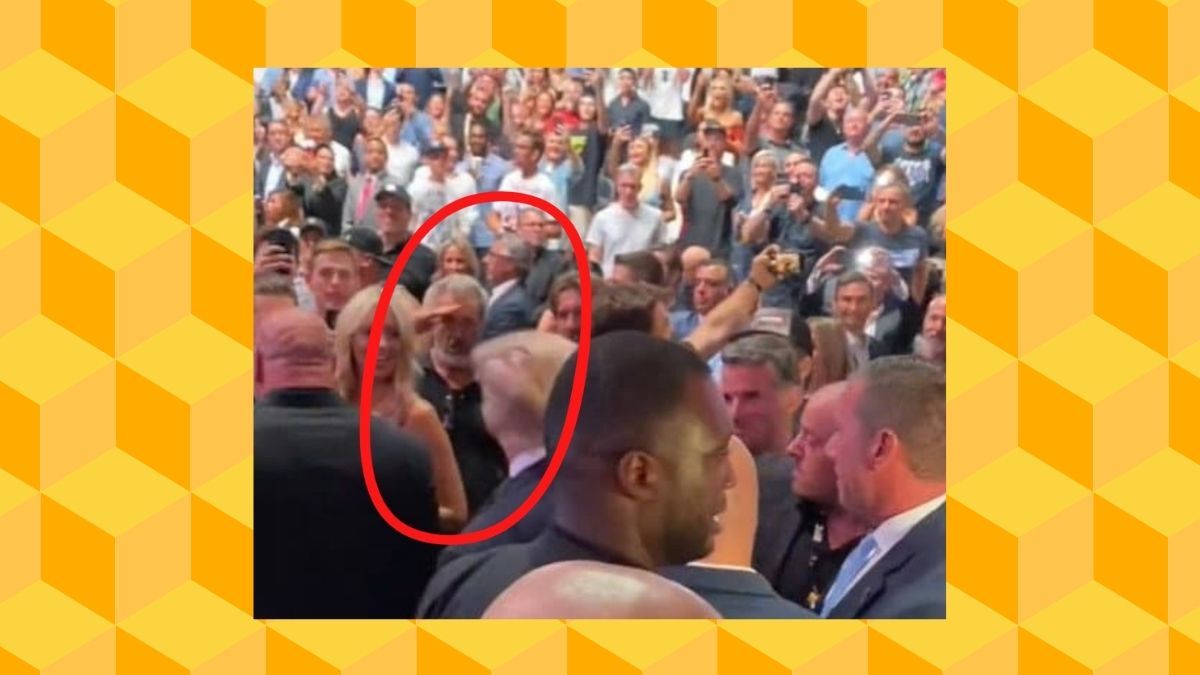 On July 12, 2021, a video started circulating on TikTok and other social media supposedly showing actor Mel Gibson saluting former president Donald Trump as the latter entered the arena prior to a UFC bout in Las Vegas:

Gibson is a little difficult to spot in the video, so here's a still shot that shows the actor with his hand raised to his forehead just over Trump's shoulder: The director of "The Passion of the Christ" and the former president were indeed both present at this UFC event.

Furthermore, Gibson was photographed by Getty Images in the same black-collared shirt (with sunglasses hanging from his neck) and with the same facial hair as the man pictured in this video. Here's a video of Gibson that was posted to the UFC Australia Twitter page:

It's unclear if Gibson and Trump had any interaction other than this fleeting moment (or if the former president even saw Gibson).