The fake photograph showing Mehmet Oz, a U.S. Senate candidate, and the former first lady builds on a longstanding (and completely fabricated) rumor about her. 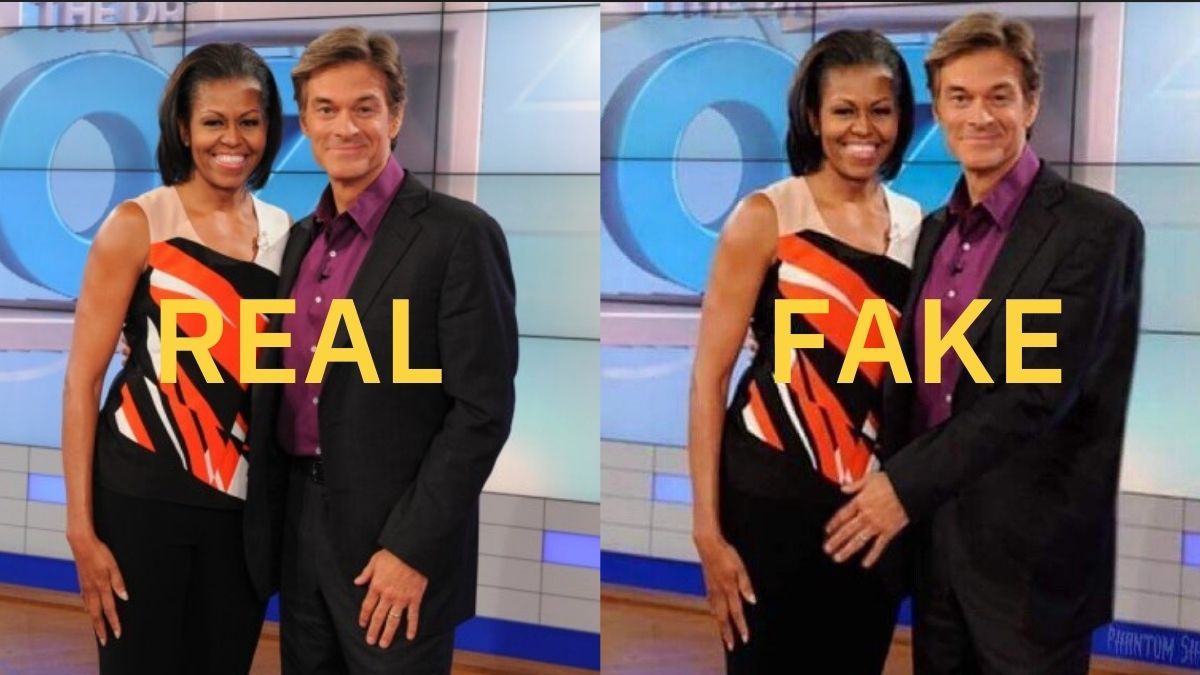 This was not a genuine image of the two but a digitally manipulated one to make it look as if Oz put his hands over Obama's crotch. In the original photograph, Oz's hands were at his sides.

This fake image was created by manipulating a photograph taken in 2012 when Obama made an appearance on the “Dr. Oz Show." The real photograph was posted to a blog for the show (archived here), along with several other photos of her appearance on set.

Here's a look at the genuine photo (left) and the doctored image (right): The fake photo was frequently shared online along with messages related to the false claim that Obama was a transgender woman. There was no truth to that assertion. In fact, most of the alleged "proof" to supposedly support the theory were doctored photographs such as the one showed above.

“PolitiFact - No, Michelle Obama Is Not a Transgender Woman.” Politifact, https://www.politifact.com/factchecks/2020/oct/31/facebook-posts/no-michelle-obama-not-transgender-woman/. Accessed 16 May 2022.